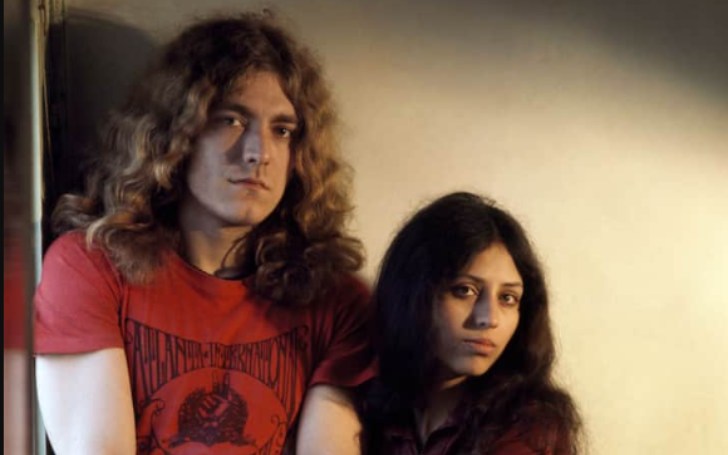 Maureen Wilson is famous for being the ex-wife of English singer and songwriter Robert Plant (aka Robert Anthony Plant). Her husband is popular as the lead singer and lyricist of the rock band Led Zeppelin which gained huge success between the late 1960s to late 1970s.

Talking about their marriage, the couple were married for 15 years. Maureen stepped into Robert’s life when he was still struggling. She stood behind him in his worst situation and after he got successful, the duo tied the knot. After marriage, Robert even wrote a song titled Thank You to dedicate and appreciate his wife’s effort for him. But unfortunately, despite all these, their relationship faded and they got divorced. Well, what could be the reason behind their separation? Did Maureen have kids with her partner?

Here, in this article, we are going to talk about every known and unknown detail about Robert Plant’s ex-wife, Maureen Wilson along with her age, siblings, relationship, and many more.

Maureen was born to her parents on November 20, 1948, in Kolkata, India. As of 2022, she is 73 years of age. Though Wilson opened her eyes for the first time in India, she spent most of her life in Birmingham, England, as her parents migrated there shortly after her birth.

Talking about her parents, information regarding her mother is still unknown but her father was the owner of a Steel factory in Birmingham. Before that, while her family used to reside in India, Maureen’s dad was a chief of the Calcutta-mounted police division.

Besides, she is of Indian descent and presumably holds Indian nationality.

She Has A Sister

Maureen is not the only child but has a sister named Shirley Wilson. Like any sibling, she is very close to her and hares a great relationship. But unlike her, her sister is not recognized much in the media.

Maureen Wilson Was A Certified Nurse

Moving on to her career, she is a professional nurse. She qualified as a nurse before her marriage in 1968. In fact, she started working professionally as a certified nurse when she was merely 20 years of age.

Apart from this, there is not much information available regarding her working place and her working experience as a nurse. But, after she got married and became a mother, she left her profession so that she could take care of her kids.

She Was An Occasional Actress Too

Besides nursing, and being a celebrity spouse, Maureen got a proposal to act in some of the film projects as well. She made her uncredited appearance in a 1976 concert film featuring the English rock band Led Zeppelin The Song Remains the Same.

Further, she was also cast for the Castle Maiden scene but unfortunately, her scene was cut before its release.

Maureen Wilson Was A Wife Of Robert Plant for 15 Years

As we already said, Maureen is in the limelight as the ex-wife of Singer and musician Robert Plant. Wilson got married to her now ex-husband on November 9, 1968, turning her name to Maureen Plant and their grand reception was held at the Roundhouse, the place where Led Zeppelin Music band had performed as a guest performer.

After sharing a vow, they remained together as a married couple for 15 years. Eventually, in August 1983, their union as a husband-wife came to an end. Though the reason behind their divorce is not stated officially there is an assumption that the cause of the split is most likely to be Robert’s extra-marital affair.

How Did Maureen Meet Robert Plant?

The former married couple for the first time met at a Georgia Fame concert in the year 1966. Though the concert was canceled at the last minute, the two strangers came in contact and started having frequent meetups. Soon after, Maureen and her then-boyfriend Robert began dating.

In the meantime, Robert was still a struggling singer and was poor financially so Maureen helped him a lot and even got a secure job for him in her dad’s steel factory. As time passed, Robert became successful in his collaboration with Led Zeppelin. Soon after his success as a singer, the duo married but sadly their marriage lasted for just 15 years which is mentioned above.

Did Maureen Remarry After Her Divorce?

The answer is No. After her divorce from her husband, she didn’t get married again. But, she stayed in a brief relationship with a guitarist from Jason Bonham’s band named Ian Hatton. As per our research, the two dated each other in the year 1990 and split the same year. After that, she has remained single.

On the other side, her ex-husband Robert had multiple affairs. He dated a singer Najma Akhtar, Alannah Myles, Tori Amos, Jessica Jupp, and many others. His relationship with American singer and songwriter Patty Griffin is equally popular. Surprisingly, he also had an affair with his ex-wife Maureen’s sister Shirley.

Maureen Wilson’s Husband Was In A Relationship With Her Sister

Her spouse, Robert was in romantic involvement with her sister Shirley Wilson. It’s still unclear how the two ended up together but their association resulted in a birth of a son named Jesse Lee.

Maureen’s sister Shirley Wilson gave birth to her son Jesse Lee with her ex-brother-in-law in the year 1991. Now, their son is 31 years of age as of 2022. However, the couple came along but couldn’t be with each other for a longer period.

With so many ups and downs in relationships, it would be obvious, that Maureen would not like to stay good with both her then-husband and her sister. But discarding all the sourness that she faced with time, she chose forgiveness and maintained good terms with her sibling. Now, Maureen has a good relationship with her sister.

Talking about her relationship with Robert, they stayed good with each other. In fact, she shared a good friendship with her ex-husband. She even attended Robert’s concert in 2010 in the United Kingdom.

Maureen Wilson Is A Mother Of 3 Children

During her 15 years of marital life with the singer Robert Plant, she gave birth to three children, one daughter, and two sons. Her daughter Carmen Jane Plant was born eldest on October 21, 1968, in Birmingham, England. Now in 2022, Carmen is already 54 years of age. She is an English Belly dancer and dance instructor.

Likewise, Logan was born on January 21, 1979. In 2022, he is 43 years old and is an English singer and songwriter and the lead vocalist for the Black Country Bandits and the Sons of Albion.

Today, Maureen Wilson is in her early 70s and living her life on her own terms. Reaching 73 and soon to be 74 in November, she has already become a grandmother to her granddaughter named Sunny Plant Jones. More than this, no more information relating to her life at present is available.

Maureen is living far from the limelight and is also absent on social media handles so we are not able to tell what exactly she is doing. But, for sure, she is living with her children and enjoying her advancing years.

While researching, we couldn’t find her net worth. It seems her fortune is yet to be estimated. But, we are sure that she has achieved financial stability as she was a qualified nurse and was married to a successful singer.

On the other hand, her famous ex-husband Robert Plant has a net worth of $220 million as of 2022.