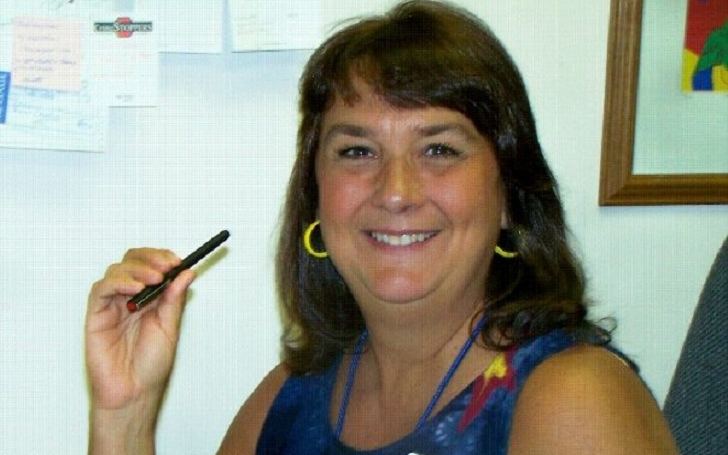 Mickey Middleton is an author of novels at the publisher named Patent Print Books. She, however, came into the light after her marriage to Bryan Cranston, an actor, and director.

The former duo married for a few years before they split. Following their separation, Mickey moved on with another man. Well, know how many children does Middleton has?

In the meantime, find out who are her parents and a lot more about her life!

Who is Mickey Middleton? Bryan Cranston’ ex-wife is an accomplished author

Micky aka Mickey Middleton Busby is one of the accomplished writers. She is the author of The Trackers Series and Small Tails of True Love books. Besides, the versatile woman also has played many other prime roles in various fields.

She first started working as a certified classroom teacher at Calhoun County Schools in August 1989.

In addition to her classroom teaching, Middleton tutored music from kindergarten to 12th grade. She became a part of the school for over 18-year until May 2008. She won many accolades at that time like Florida Center for Teachers Award, and Florida Humanities Council Science and You Award.

In June 2011, Mickey joined Keller Williams Success Reality as a director of first impressions and worked there for nearly a year. She also served as a musician and worship director of Christian Churches. She spent over three decades, directing plans and conducting music for worship services.

Furthermore, Middleton served for Innovative professional Solutions, Inc for around nine months. She there used to provide direct documentation review in collaboration with engineers and scientists. In August 2015, Bryan Cranston’s ex-wife went on to join Northwest Florida School District and left it after seven months in Feb of the following year.

Additionally, Middleton spent a year as a consultant and RFP writer at the Emergency Mass Communications Company. She served as a technical writer at Panama City Beach, Florida.

As of now, Mickey is an author of novels at Patent Print Books.

Where is Mickey Middleton From? Her Early Life and Education

She was born in Daytona Beach, Florida. Grew up in Daytona Beach with her family, Mickey attended Florida State University in 1986 and completed her Bachelor of Science in Elementary Education and Music in 1989.

Who Are Her Parents? Has a Brother Too

Micky is the daughter of Wilbur A. Middleton. Her father was a veteran of three wars, purpleheart, helicopter pilot, paratrooper. He was also the battalion commander. Furthermore, Wilbur was the president of Embry-Riddle Aeronautical University in Dayton Beach, Arizona.

Sadly, a former veteran passed away in 2006. Middleton still celebrates her dad’s birthday almost every year posting a throwback photo of her old man on her Facebook. 7

Mickey also has a brother named George Simmons. He completed his schooling at the Peru High School and then went on to study at Merced College, in Merced, California.

As for his love life, George is married to Barbara Simmons for a long time. The two currently reside in Panama City Beach.

When Did Mickey Middleton and Husband Bryan Cranston Get Married? Their Wedding

The couple married in the late 1970s. Her then-husband Bryan was just 23 at the time of their nuptials.

He was dressed in a very 1970s tuxedo on their big day. Their wedding was organized at her parents’ home located in Prescott, Arizona, a little town in Yavapai county.

Although the actor walked down the aisle with Mickey, Bryan indeed wasn’t ready to tie the knot. He wrote in his memoir called A Life in Parts,

“Though I’d officiated other people’s weddings, I don’t think I grasped the depth and the consequence of the commitment I was making. The vows I spoke weren’t empty. I cared about her. I loved her. But in the end, I wasn’t ready.”

Despite that, the two led a happy married life for a few years. In the meantime, Cranston was struggling to make a career in Hollywood but his wife had some legitimate desires like having a baby and a beautiful home.

After about two years of marriage, they also started searching for a house on Saugus in Santa Clarita Valley. Nonetheless, the cost of a house in the area was out of their financial condition.

Actually, Bryan neither want a house nor a baby at the time to be focused on his rising acting career.

The two eventually split after a few years of marriage. The actor said of his wife in his memoir,

“She Nodded sadly, She knew. If either of us had been honest, we would have gone our separate ways much earlier.”

“She was a sweetheart. No arguing. No bitterness. We were just mismatched.”

Cranston also disclosed they later became closer than they had been in their two years of marriage. Following their separation, Mickey went back home to Florida but the former duo would still talk on the phone.

Mickey Middleton Remarried Another Guy: They Also Have Two Children

Just six months after her separation from Bryan, Middleton went on to marry a guy named Steve. Her second husband already had four daughters from his previous relationship. Soon after their marriage, Mickey also got pregnant.

They later welcomed a son named Stephen Newman in the late 1980s. They also shared a daughter Katie Newman Mann.

Are Mickey and Steve Still Married?

However, it is full of dubious whether the two are still together or not as neither Mickey nor her spouse has talked about their relationship for the past several years.

But, scrolling down Mickey’s Facebook account, it is found the ex-celebrity spouse dated a guy named Matt Kielthy in the 2010s. She has a number of photos of him on her account.

On the other hand, her ex-hubby Bryan is also in a beautiful matrimonial relationship with his wife Robin Dearden. They also have a grown daughter Taylor Dearden, an actress.

Mickey has a good amount of fortune which is $150,000 in 2021. She has racked such a good net worth from her multiple roles in various fields. She currently resides in Panama City Beach, Florida.