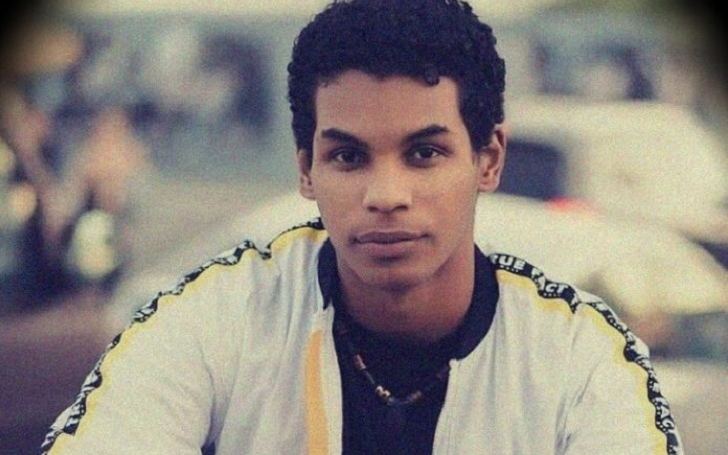 Miguel Leon Tyson is the son of one of the most celebrated boxers Mike Tyson. Nicknamed “Iron Mike” and “Kid Dynamite,” Tyson built an incredible legacy in boxing reigning as the undisputed world heavyweight champion from 1987 to 1990. Being the son of such a great athlete, does Miguel have the interest to go into boxing in the future?

Well, the father-and-son duo made headlines after Mike posted an Instagram video, in which the former boxing veteran is seen teaching some boxing moves to his son. As soon as the video went viral, his fans started speculating Miguel is following in his father’s footsteps. Here we have all the answers to your questions.

Besides, in this article, we will talk about Miguel Tyson’s mother, his family tragedy after his sister’s death, and more.

Born in 2002, Miguel is aged 20 as of 2022. He was born and raised in the United States of America. Besides, his nationality is American and as far as his ethnicity is concerned, Tyson is Afro-American.

Growing up in a well-to-do family, Miguel had a decent childhood. He is very close to both his father and mother.

Were Miguel Tyson’s Parents Ever Married?

Miguel is the son of father Mike Tyson and mother Sol Xochitl. His parents began dating while Tyson was still married to his second wife Monica Turner. The former flames tied the knot back in April 1997. However, around five years after their marriage, Turner, who used to work as a pediatrician at Georgetown University Medical Center filed for divorce from her then-hubby in Jan 2002.

In fact, Sol was impregnated by Tyson a few months before his separation from Turner. The duo reportedly welcomed their son in April 2002. The then-loving duo Mike and Sol spent the next seven years together, welcoming a daughter, Exodus Tyson, Miguel’s younger sister in March 2005. Unfortunately, their second child lost her life in early childhood.

Back in 2009, the Tyson family was shattered with the passing of Miguel’s sister Exodus at the mere age of four. Talking about the tragic incident, it all happened while Exodus was playing on the treadmill where there was a cord hanging under the console. The little girl unknowingly strangled herself with the cord which Miguel discovered shortly later.

At the time, Mike was in Las Vegas and as soon as the boxer was notified, Tyson flew to Phoenix. His daughter was admitted to St. Joseph’s Hospital and Medical Center but the little girl couldn’t survive.

Although Miguel may not have an innate talent for boxing like his father, the young boy does have a terrific attitude towards learning. Like his prolific boxing champion father, Miguel might also walk in the same path.

Back in Jan 2018, Mike shared a video on his Instagram where the retired heavyweight boxer was seen teaching his son some boxing. After the video was shared online it went viral and fans started speculating if Miguel is also interested in boxing as well.

“Without a doubt he can do it, especially with the greatest champ of all time training him. If he goes after it with the same heart and drive Iron Mike did there will be no stopping him.”

Another one added, “Nice!!! Looking like the young mike.”

But, Tyson revealed in the caption that his son doesn’t have any intention to get into boxing professionally but it was just a routine exercise to stay fit and healthy.

“He just started. Not trying to box just trying to stay fit,” Mike captioned, “Morning workouts with the Baddest Dad on the Planet.”

His Father Bit His Opponents Ear

Mike is widely famous for his bizzare fight with Evander Holyfield. In the WBA Heavyweight Championship that was held on June 28, 1997, Tyson bit off a part of Hollyfield’s ear during the match.

Here Is The Video Clip

As a result, he was disqualified from the match and even lost his boxing licence for a brief timee. The fighting match was held at the MGM Grand Garden Arena in Las Vegas, Nevada.

Miguel Leon Tyson is a Musician

Tyson’s son has had an immense love for music from an early age. He is a multi-instrumentalist who can play the drum, guitar, and piano. Sources say the music lover got the chance to flaunt his aptitude as a piano player on the phase of The Smith Center.

Is a Budding Philanthropist

Besides, Miguel has worked for a few charitable organizations. He went on to visit an orphanage in Haiti back in 2018 and was quite happy after spending quality time with the orphan kids there.

Does Miguel Leon Tyson Have a Wife?

No, the 20-year-old young boy doesn’t have a wife. He has remained quite confidential when it comes to his love life. Because of his hush-hush nature, it is yet to confirm if Miguel is dating anyone or not.

The exact amount of his fortune is yet to be revealed. On the other hand, his father Tyson’s net worth is $10 million. He mostly made money from his incredible boxing career.