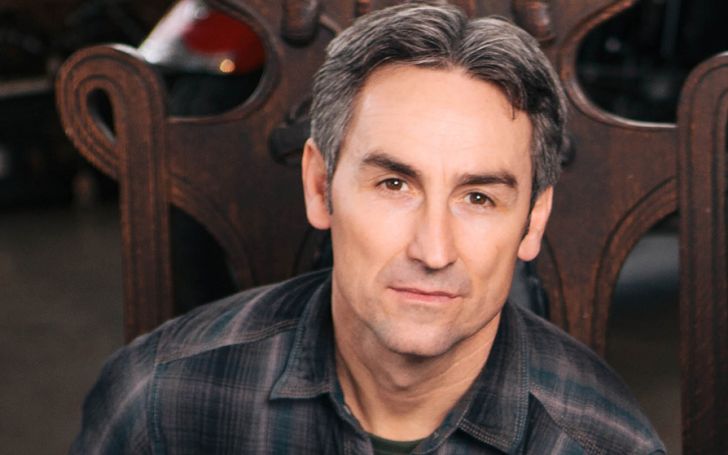 The one half of the American Picker duo, Mike Wolfe is famous for his knack for finding treasures out of junk. He always finds surprisingly valuable items in random barns, attics, and other unexpected places all across the country.

Since American Picker’s fame, fans have always been curious about Mike’s personal life. The Illinois native married Jodi Faeth in 2012, however, their marriage fell apart after nearly a decade or so. According to the divorce documents, his wife cited irreconcilable differences as the reason behind their separation.

A couple of months after his separation, the Illinois native moved on with a new lady. So who is Mike’s new partner? Today in this video let’s find out all about his personal life and relationship.

But before diving straight into the video, consider subscribing to our YouTube channel and hit the bell icon for all the latest updates.

Who is Mike Wolfe’s girlfriend?

TMZ first broke the news in July 2021 that Wolfe is dating a woman named Leticia Cline. As it turns out, his new lady isn’t an unknown face either. She is a model and something of a reality star herself, who once appeared in the WB dating show, ‘Beauty and The Geek.’

Reports claim Mike and Leticia had known each other since 2018. The model had been following the reality star for some time through his social media profiles. Furthermore, sources also claim that since they started dating Leticia has been following him around on American Pickers shoot.

Why did Mike and his ex-wife Jodi Faeth separated?

In July 2021, Jodi shocked us all when she filed for divorce. She filed the documents in November 2021, at the Williamson County Chancery Court in Franklin, Tennessee citing irreconcilable differences.

At the time, a source close to the pair state, “would further show that all hopes of reconciliation are exhausted” and that she and Mike are “unable to successfully live together.”

The court docs further stated that the pair “has not participated in any other litigation concerning the custody of their daughter.” That being said, at the time of the filling, their daughter was living with Jodi who also has a non-minor child from her other relationship.

Moreover, the document also divulged that the pair had been separated since June 2020.

Jodi also asked for equitable division of the pair’s marital property and debts.

We have all heard the phrase that behind any successful person there’s another person who is constantly pushing them to move forward. For Mike, it was his partner Jodi who helped him out during the majority of Mike’s highs and lows of his professional career.

The pair first met in the year 1994. Reports suggest that Jodi was at first attracted towards Mike because of his passion for collecting antiques and transforming them and selling them for higher gains.

Around a year after the birth of their child, Jodi started developing health complications. After a health check-up, it was found that she has stage-2 Non-Hodgkin’s Lymphoma.

The news was really saddening for the pair initially but thankfully after undergoing a couple of successful operations, Jodi recovered rather swiftly.

Mike shares one daughter from his relationship with Jodi

From his relationship with Jodi, Mike became the father of one daughter named Charlie. They welcomed their first and only child in early 2012, seven months before their wedding.

Tragically, when Faeth was still pregnant, their daughter was diagnosed with developmental dysfunction called cleft lip and palate. Some times after her birth Charlie had to go through two reconstructive surgeries. Thankfully, all went well and she is now fine.