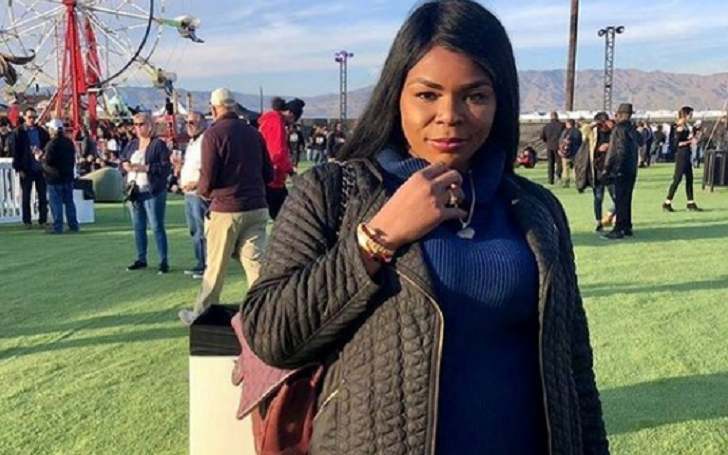 But, unlike his career, Mike’s personal life was a mess. Married three times, the accomplished fighter, who still appears in exhibition matches is the dad of seven children. And Mikey Lorna Tyson is one of them.

In today’s article, we are going to talk about Mike Tyson’s first daughter Mikey. The 31-year-old woman struggled with her weight for the most part of her life. So, let’s see if the star kid has found her way out of obesity and living the life of her dream.

In the meantime, many people are curious to know about her love life. So, let’s also find out if Mikey does have a husband or is dating someone?

How Old is Mikey Lorna Tyson? Her Early Details

Mikey, whose real name is Michael is aged 32 as of June 2022. She was born on 31st July 1990, in the United States. Her parents are Mike Tyson and Kimberly Scarborough.

Her nationality is American and belongs to the Afro-American ethnicity.

Mike reportedly began dating Mikey Lorna’s mother Kimberly shortly after his messy divorce from his first wife Robin Givens. Givens is an actress known for her role on the hit sitcom Head of the Class. Givens who described her life with Tyson as, “torture, pure hell, worse than anything I could possibly imagine,” married him in Feb 1988.

However, they couldn’t lead their married life as they had imagined. It was full of drama and physical violence. The former flames eventually divorced a year after their marriage in Feb 1989.

Soon after his separation from Givens, the boxer moved on with Kimberly. Nevertheless, their relationship also couldn’t be perfect. Even Tyson wasn’t initially ready to have a baby with his then-girlfriend Kimberly.

Mikey Tyson’s mom told the New York Daily News, “I actually went to the abortion clinic when Mike told me to get rid of her. Now we both shudder to think of what we almost did that day.”

Furthermore, Mike didn’t admit to being Mikey’s biological father until Kimberly filed a paternity suit against him eight months after their daughter was born.

Mikey Spent Her Early Childhood Without Having Father Figure

Tyson was absent for the most part of Mikey’s early life. A year after Lorna’s birth, the boxer’s legal trouble started hitting him up. In July 1991, Tyson was charged with raping an 18-year-old beauty pageant contestant Desiree Washington. He was then prisoned for six years.

Due to these issues, Mike couldn’t become a good father to his daughter Mikey. Mike himself admitted he hadn’t always been a good father in an interview with MTV in 2009.

“When I was Iron Mike Tyson, I neglected my children, I neglected the people I was in love with at one time. I’m getting the brunt of it right now, in this stage in my life. I’m starting to feel the pain and effects from it. I would like to rekindle that relationship.”

But as of now, Tyson has a healthy relationship with all of his kids.

Who is Mikey Lorna Tyson’s Mother? She Has A Half-Sister

Her mother Kimberly Scarborough is a licensed nurse by profession. Besides, as for her love life, Tyson’s ex is now in a happy relationship with her new partner Mark Newkirk. Mikey also has a half-sister named Christina Barbie, a Hampton University graduate from her mother’s another relationship.

Mikey shares a deep bond with her half-sister. She has posted many beautiful pictures of Christina on her Instagram. Back in August 2020, Mikey wished her sister on the occasion of her birthday.

Meanwhile, one of her half-siblings, Exodus died at the age of four while playing with the exercise treadmill on May 25, 2009. Following his death, the Tyson family announced the death of his kid, thanking all who prayed for his kids recovery,

The Tyson family would like to extend our deepest and most heartfelt thanks for all your prayers and support, and we ask that we be allowed our privacy at this difficult time. There are no words to describe the tragic loss of our beloved Exodus.

Tyson’s first-born child struggled with her weight from an early age. Her mother once revealed that Mikey already weighed 50 pounds at the mere age of four. When Mikey started becoming fatter day by day from an early stage, Tyson’s stress level further escalated as his obese sister died of a heart attack at the age of 14. Scarborough said,

“[Mikey’s] very big, and that concerns Mike. He makes sure I take her to doctors. He doesn’t want Mickey following in his sister’s tracks.”

Later on, Mikey started following in her father’s footsteps, doing heavy exercise regularly and keeping herself healthy by eating a balanced diet. She has also posted many photos, showing her hard work to lose weight.

“Someone asked me why do I constantly post workout videos?,” the star kid wrote in her Instagram post, “Because I’m proud of my accomplishments and I inspire myself!”

We must say Mikey’s consistent hard work of years and healthy diets have eventually paid off.

Is Mikey Lorna Married? If Yes, Who is Her Husband?

Mikey has kept everything about her love life out of the media. She has yet to come forward with any kind of affair to date and neither has confirmed her relationship status at present.

So, we can’t confirm whether Mikey Lorna Tyson is married to a husband or dating someone in 2022.

Back in 2020, news came out that Mike would pay someone who married Mikey. Though the news was proved to be false later by Mike, it created a huge controversy.

The controversy began after the Ghanaian-Liberian comedian Michael Blackson commented stating he was ready to marry the boxer’s daughter. He also commented about the daughter they would have together and other things that were vulgar & inappropriate.

This resulted in Mike threatning the comedian. Later, Blackson apologized for his statement publicly.

Her net worth is $300,000. She mostly makes money from her occasional work. Back in 2016, Mikey graced the November 2016 issue of Queen Size Magazine. And this post further proves how fierce & fit Mikey is post-weight loss routine.