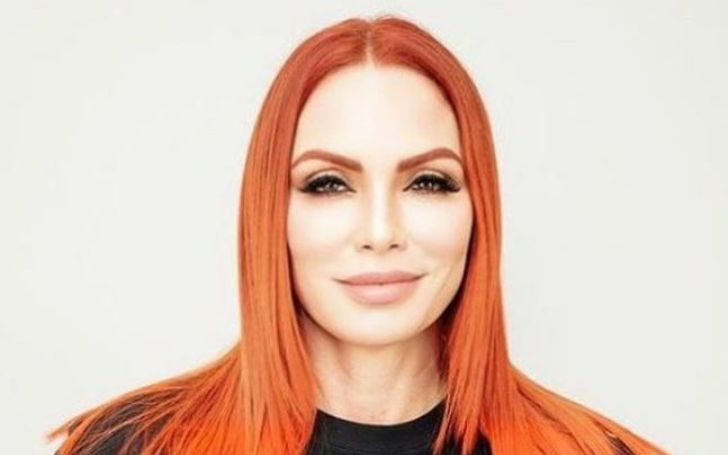 Mireddys Gonzalez, fully, Mireddys González Castellanos is the wife of Puerto Rican rapper, singer and songwriter Ramón Luis Ayala Rodríguez famously known as Daddy Yankee.  Gonzalez and the King of Reggaeton have been together for almost three decades with three children.

Yankee claims his wife and their kids have always been the most important to him. In fact, he credits all of his success to the mother of his children.

Know to what extent and how Mireddyss is responsible for cementing her husband’s chart-dominating career. En-route also read about her own line of profession, the personal side of Gonzalez and the Despacito singer’s union, and further.

What Does Daddy Yankee’s Wife, Mireddys Gonzalez Do?

Mireddys, who was born on January 19, 1977, used to be the CEO / MANAGER at El Cartel Records, her husband’s company.

Gonzalez who also has a brother, Milton, and is a native of San Juan, Puerto Rico had been serving as the Chief Executive Officer of El Cartel Records since 2001.

As for now, Gonzalez with her friend, Michelle Matos owns a company named, Hi Body. It offers products with respect to weight loss.

The now 44-year-old Mireddys says she came up with the business idea once she herself lost 23 pounds using Hi Body products. Together with her partner, Matos, Yankee’s wife runs an initiative to motivate other women.

In early 2022, Matos and Gonzalez launched a sort of social media campaign called, “The real boss is you” on social media. Through the movement, they promote products aimed at women’s health. With Matos, Mireddyss also advocates for mental health.

Yankee and González have been together since they were 17 years old and together are parents to three children.

Ramón Ayala and Mireddys González married in March 1994 when they were still in their late teens. Mireddys and Ayala reportedly started dating in high school. This was even before the start of Yankee’s musical career.

They had their first child, Yamilette Ayala Gonzáles, a daughter when the San Juan-born rapper was still 17. The other two children of the couple are Jeremy Ayala González and Jesaaelys Ayala González. Jesaaelys who is now in her mid-20s is pursuing a career as a makeup artist and is also a YouTube star

During the early years of their marriage, Mireddys and the native of Villa Kennedy Housing Projects with their children also lived in the beachfront area of Isla Verde.

Daddy Yankee and his wife also made sure their then still young children were out of the spotlight — for the most part.

Despite being in a relationship for over two decades and counting, the CEO and the Five Latin Grammy winner have mostly kept their love relationship in total reserve.

Though, Gonzalez, while usually quiet about her personal life, often shares her husband’s many achievements across social media. While the ‘Big Boss’ has given several interviews throughout his career, he has rarely referred to his private life and has always said he prefers to remain silent because he considers his family a “treasure.”

In 2006, however, he made an exception and spoke about his wife and children in an interview with María Celeste Arrarás in Al Rojo Vivo.

“I was in those moments when no one believed in me, I didn’t know what the future held for me. She sought me out for who she was, for my essence, I was dealing with leg trauma, my frustrations and suddenly music came into my life and changed everything”,

said the winner of two billboard music awards in an interview for Al Rojo alive.

The 2006 Times 100 explained the reason behind the longevity of his and Gonzalez’s union is because they are great friends and trust is above the entire relationship.

The Gasolina singer says he always had the support of his partner of over 25 years, Mireddys Gonzáles.

The cap wearer has said time and again his wife’s unconditional support through the years has been key to his success. Yankee affirms his wife, Gonzalez was with him from scratch and deserves the best.

Daddy says his wife also helps him stay grounded. The Latino couple additionally has a matching crown tattoo on their left hands.

Why Mireddys Doesn’t Go To Awards Show With Her Husband?

It is quite clear, Ayala prefers not to speak about his life besides the music; especially about his wife and children.

He also has a habit of attending to red carpets without the company of his family. And with the rapper usually attending award shows solo, fans have often wondered why he never steps out with his wife of over two decades, Mireddys González.

They are also seldom photographed together, except for the occasional post on Instagram. Consequently, there have been some who criticized Mireddys for not accompanying her artist husband. Some people called her out for not being present at the Latin AMAs in 2018, where Daddy Yankee was awarded the Icon Award.

Later, Gonzalez who is fairly active on social networks as “La Jefa,” took the time to respond to such comments and said,

“I’m here. But I’m where I am supposed to be because the star is Daddy Yankee. I feel happy watching him shine from my place.”

In the past, the mother of three has also defended her marriage, sharing an Instagram post that read,

“Your relationship does not need to make sense to anyone, except you and your husband. It’s a relationship, not a community project.”

Did Daddy Yankee Cheat On Mireddys?

What’s more, the social media campaigner, Mireddys once also responded to rumors of the “Despacito” cheating on her, when there emerged a photo of her husband and Dominican beauty Natti Natasha.

To the affair theories, Mireddys wrote, “Oh my god. People have to stop living the life of artists. They are not all suffering from foreign fever.”

While Daddy Yankee is the richest reggaeton artist in the world with his net worth sitting over $40million, the reports in regards to his longtime wife’s net worth are hard to come by.

In fact, the monetary achievements of Ms. Rodriguez have been hardly ever taken into consideration.

Nonetheless considering she holds one of the integral positions in her husband’s musical empire, Gonzalez understandably could be no less than a millionaire herself.

Just to have an outlook the parents of three reportedly have been pulling in quite the sums from two record labels, lines of clothing, perfume, watches, and shoes. Not to mention the revenue from selling millions of records, and performing in hundreds of concerts around the world,

To say more about their richness, Mireddys and her partner are also the owners of several extravagant properties.

By 2015, Gonzalez and her singer-husband had a total of eight residential in Puerto Rico. This in addition to including a fancy house at Vista Mar Marina and Mireddys’ “El Cartel” estate in Luquillo’s Hacienda Carabalí, and two more properties in Florida.