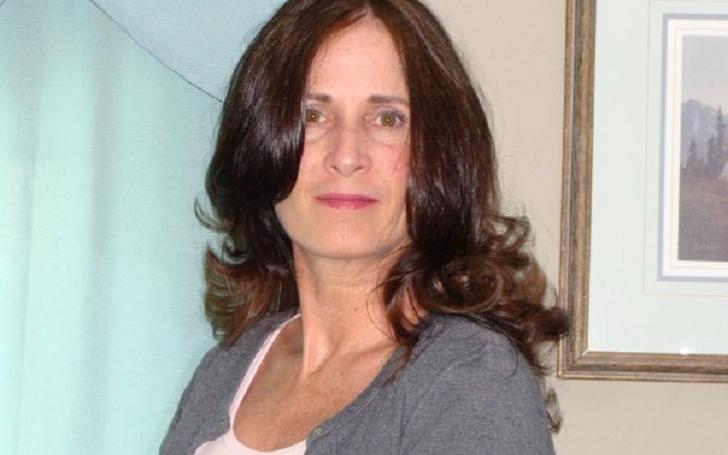 Mollee Roestel rose to prominence as the wife of one of the most versatile personalities Marty Raney. Her husband who wears many hats is best known for his appearance on the well-known wilderness show, Homestead Rescue. He is also a mountaineer, musician, and builder.

Talking about their married life, they are in a blissful marital relationship for over four decades. Mollee has four grown children including a veteran TV personality Misty Rany with her husband.

Besides, Roestel’s father (who died at 95) was in the military. Know more about her extended family as well as her enduring relationship with Marty!

Who are Her Parents? Belongs to a Family of Veteran

Mollee was born on 31st Jan 1956, in Washington, the United States. She is the daughter of Lorel Wayne Roestel and Beverly Watkins. She spent most of her childhood days in Snoqualmie Valley, where her parents moved in 1962 and lived there until they relocated to their native Spokane in 2013.

Her parents tied the knot back in 1947 and were together until her father’s death on 28th Feb 2020. Lorel died at the old age of 95 in Spokane. He served in the U.S. armed force. His memorial service took place on March 27, 2020, at the Kingdom Hall of Jehovah’s Witnesses, in Spokane.

Their family moved to Snoqualmie Valley in 1962 and lived there until their return to Spokane in 2013.

Besides, Roestel, 65, holds an American nationality and belongs to the Caucasian ethnicity.

When did Mollee Roestel Get Married, Marty Raney? Are Together Ever-Since

The couple tied the knot in the mid-1970s. They both were in their late teens when Molle’s husband Marty came back to Washington from Alaska to marry her. Their wedding took place in Washington and the duo walked down the aisle in front of their family members and friends.

Soon after their marriage, the duo flew back to an extremely remote homestead in Haines, Alaska. The couple there started a family together.

They Are Blessed With Four Children

Mollee and Marty have four kids, two daughters Misty and Melanee as well as two sons Matt Raney and Miles. The family of six used to live in Haines at the time, where Marty worked as a logger for many years. They went to the Wasilla area in 1979. Marty said there was “No job, no money, but plenty of mountains to climb and plenty of homes to build for the new Alaskan Pipeline workers.”

After some time, Marty along with his wife and children started the Alaska Stone and Log Company.

All of the members of a family have climbed ‘Denali’

First of all, Marty is an avid mountaineer who climbed the Great One at the age of 28 and spent around three decades working as a guide on Denali. While a family head was pretty into mountaineering, the rest of the family members also submitted small mountains until they made a family record, climbing Denali, the mountain in Alaska.

Mollee currently resides in Wasilla Alaska with her family. She has two grandsons named Gauge Axl and Col Dov & one granddaughter Mia Hazel. The proud grandmother shares a strong bond with all of her grandchildren and has shared a number of adorable photos on her Facebook account.

What is Mollee Roestel Net Worth?

Her fortune is $200,000. She has racked money from her sporadic TV Appearances and some other works. On the other hand, Mollee’s husband Marty has an estimated net worth of $1 million.

Born and raised in North Bend, Washington, Marty made his way to Alaska at the age of 18. He did a few odd jobs before making his way to the TV industry. He was first featured in the television reality competition series Ultimate Survival Alaska. It premiered on National Geographic Channel on May 12, 2013. The show, however, closed after its three seasons in March 2015.

Also Read: Inside the life of the former cast member of Life Below Zero Star, Erik Salitan

In the following year, Raney joined the television program Homestead Rescue. His daughter Misty and son Matt also works on the same project. It has released seven seasons to date.

In addition to that, Raney is a musician too.