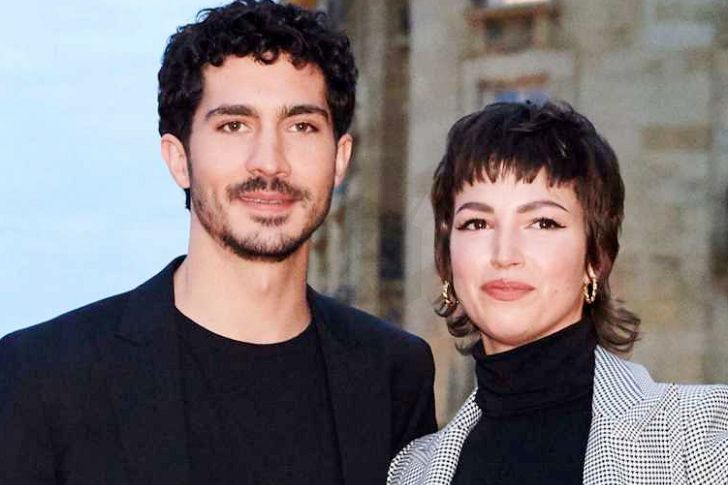 Prior to her on-screen romance, is Ursula Corbero dating a boyfriend in 2021? In the meantime, many of her fans wonder to know whether the actress is married or not?

Let’s take a sneak peek at her love life and explore everything about her boyfriend and dating life in the following article!

Who is ‘Money Heist’ star Ursula Corbero Dating in 2021 or Is the actress already Married?

Ursula Corbero is yet to be married but the actress has been in a committed relationship with her boyfriend Chino Darín, an Argentine actor for years now.

The celebrity couple met for the first time while both of them were stars on the TV series La Embajada (The Embassy) in 2016. Corbero played the role of Ester Salinas while her then-future-bf Chino Darin played Carlos Guillén in the series. At that moment, their eyes locked and gradually they started going on dates.

In an interview with ‘Woman Madame Figaro’, Darin opened up all about their romantic love story. He also told that Ursula’s innate ability to cope up with a bad situation surprised him the most.

To me, the  energy  that Úrsula has, especially to face bad moments or things that she does not like. Actually, we have not had  moments dapper,  but she has an internal fire, a spark that can do anything. It  lifts everyone’s spirits  . It is one of her most dazzling aspects. And then there is her versatility as an actress and her professionalism. She is a  wonderful woman

The Secret Sauce to their Loving and Enduring Relationship

Corbero and her boyfriend Darín are seriously couple goals. They are together since 2016 and still seem pretty much loved up, supportive, and understanding of each other.

Ursula’s boyfriend once revealed what it takes to make their relationship work in the same interview with ‘Woman Madame Figaro‘. He stated,

we understand each other with  a look. This  is what happens when you start to get to know each other more and get along. We are buddies, we enjoy doing things together. Even with these photos.

In addition, despite their busy schedule, the two are often seen enjoying beautiful vacations together. In the honor of the 2017 New Year, the actress shared a photo with her beau.

As we mentioned earlier that Chino is also pretty into acting like his girlfriend Ursula. The two have already shared the screen a couple of times as well.

Further talking about her bae Darin, the actor is the son of one of the greatest Argentine actors and directors Ricardo Darín.

Actress Ursula Corbero, 32, was in a romantic relationship with her now former boyfriend Andrés Velencoso, an actor and model.

As per Daily Mail, the two had actually been dating for a few months and knew each other for quite a time before things came out to the public after they celebrated the 2014 New Year together in Spain.

Just after a few days, Ursula and Andres were also spotted near the town of Puigcerdá in Girona, enjoying a romantic stroll together.

Besides, Andres had started going out with Ursula shortly after his break up with ex-girlfriend Kylie Minogue in October 2013.

Nevertheless, Andres and Ursula’s relationship also could not last long and they split in late 2015.

Ursula Corbero previously dated Spanish actor and dancer Israel Rodriguez. Both of them were quite secretive about their love affair. In fact, the two held details regarding their lovey-dovey under the radar and never revealed when did they first meet.

But some authorized tabloids reported the couple started dating in 2008. Two years later, they likewise worked together in the Antena 3 television series Física o Química. Corbero had been the cast of the series since 2008 whereas Israel appeared in a few episodes in 2010. The same year, the two parted ways without sighting any proper reason behind the split.

Ursula Corbero, after her split with her bae Israel, the actress was linked to the tennis player Feliciano López in 2011. The former couple dated for five months before they went their separate ways.

Any other reports about their relationship are yet to be disclosed.

While Ursula Corbero and her then rumored beau Maxi Iglesias were working in the show, Physics or chemistry, their dating rumors began to surface.

Regardless, the actor later told in an interview with Diez Minutos,

“So we are treating it in a much more adult way than our characters in Physics and Chemistry… You have already gone to the kisses, that no yet (laughs). Obviously we know each other, Ursula and I have kissed a lot.”

In the end, it looks like they were just professional colleagues in real life.

Who is Ursula Corbero Dating? Details on Her Parents, Sibings, Weight…