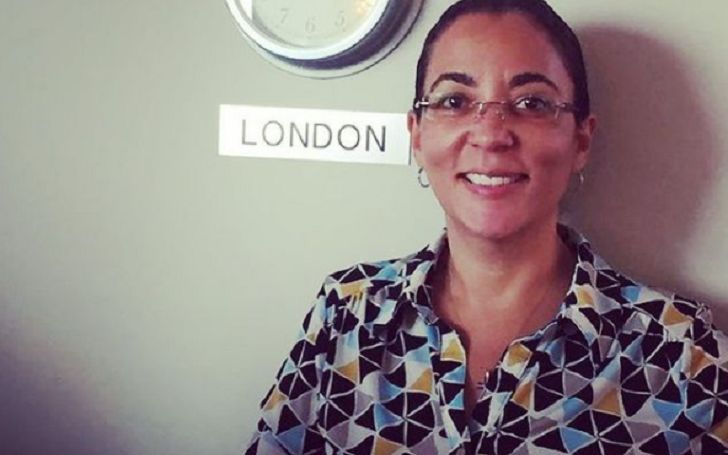 Monica Turner, aka Monica Teresa Turner, is a pediatrician. She, however, rose to the limelight as the wife of the former boxing legend Mike Tyson. Tyson, who is considered one of the greatest heavyweight boxers of all time, earned several nicknames throughout his illustrious career, which include “Iron Mike,” “Kid Dynamite,” and “The Baddest Man on the Planet,” among others.

As a matter of fact, Turner and her ex-hubby Tyson got closer while the boxer was in prison. Soon after Tyson’s release, they began dating and married after two years into their relationship. However, their marital life couldn’t last long, resulting in a highly-publicized divorce in the early 2000s. Turner cited Mike’s adultery as the reason behind their separation.

This article will cover every aspect of Monica Turner’s life, including her parents, childhood, and more.

Who Are Monica Turner Parents? Is a Half-Sister of Michael Steele

Mike Tyson’s second wife, Turner, is the daughter of Maebasell Steele and John Turner. Her father used to work as a truck driver.

Her parents also adopted a son named Michael Steele (Monica’s half-brother). Michael is a former lieutenant governor of Maryland who held the coveted position from 2003 to 2007. He also serves as a political commentator and attorney.

Her family resided in a modest home in the Northwest Washington neighborhood of Petworth.

Turner was born in late Feb 1969, in the Petworth neighborhood of Northwest, Washington, D.C. And her age is 52 in 2022. She grew up along with her older half-brother Michael.

Besides, Tyson’s second wife is an American by nationality and belongs to mixed ethnicity.

She was a Medical Student at College

Monica Turner attended Regina High School, a Catholic school for girls. She later joined the University of Virginia and majored in psychology and biology from the college.

Furthermore, Monica graduated from Georgetown University School of Medicine in 1995. She then specialized in pediatric medicine.

Her Career: What is Monica Turner doing now?

“She loves kids. There’s a special bond when you decide to work with children and she has that. She’s patient. Very patient.”

Furthermore, the child specialist also runs Debonair Attire, a fashion and stylish company. It was founded by her son Amir Tyson who currently serves as the company’s CEO.

Let’s talk about Monica’s turbulent relationship with Mike Tyson and their heavy divorce settlement in the following sections.

When did Monica Turner meet Tyson? Their Secret Love Story in the Lockup

The couple first met at a 1990 party of the legendary actor and comedian Eddie Murphy at the New Jersey estate. The same year, Monica joined a Georgetown University program, which was established to bring minorities into medicine.

Sources say the two were in a secret relationship until Tyson was sentenced to six-year in jail in Indiana on March 26, 1992. In addition, the boxer was also given a four-year probation period for raping an 18-year-old beauty pageant contestant named, Desiree Washington.

“The relationship developed long before prison.”

Siddeeq also revealed that their relationship further grew at the time,

“But I think it enhanced itself during prison. They wrote each other, talked on the phone, and she was at his side constantly.”

Turner routinely flew to Indianapolis almost every two weeks to visit him until the boxing legend was released in March 1995 after serving around three years in prison.

In the same interview, Tyson’s rep Charles Williams described their relationship as, “It’s mutual admiration and respect for each other. She’s fallen in love with a man that she admires and respects for his tenacity to survive through his personal struggles.”

Soon after his release, Monica moved comfortably into the extravagant world of her then-boyfriend Tyson. The two first checked out his mansion outside Cleveland. They subsequently visited his then $3.7 million property in Las Vegas.

They Married After Two Years Into a Relationship

Turner and her then-boyfriend Tyson dated for a couple of years before they married in April 1997. The two wedded at their Bethesda home in a Muslim ceremony. The stunning event was presided over by Muhammad Siddeeq, Tyson’s spiritual adviser.

However, just a year after their marriage, Tyson again faced legal troubles for assaulting two motorists in August 1998. He was ordered to serve one year in prison in Montgomery County Detention Center in Feb 1999.

Despite his legal drama and other major problems, Monica always supported her man through thick and thin. But their marital relationship couldn’t last for long as the two went their separate ways after five years of marriage in 2002.

What was the Reason Behind Their Divorce? Their Messy Divorce Settlement

In early 2002, Mike Tyson’s then-wife Monica filed for divorce from him, citing Tyson’s adultery as the reason for their break up. According to Turner’s divorce papers at the Montgomery County Circuit Court, the professional boxer used to spend the majority of his time out of the home.

The pediatrician also claimed in her affidavit that the notorious womanizer Mike was also a spendthrift. He spent around $140 million on women, luxurious cars, and other possessions.

Their divorce process came to an end in 2003. Tyson reportedly paid nearly $10 million to his ex-wife as their divorce settlement. Monica also got the duo’s luxury estate in Farmington, then-$4 million Bethesda home.

Their Farmington duplex hit the market with an asking price of $4.75 million around the same time their divorce was finalized. The mansion has 38 bathrooms, an indoor pool, a working elevator, and a movie theater. Furthermore, it also includes a 3,500 square feet nightclub.

Did Monica Turner Share Any Children With Her Ex-Husband Tyson?

Yes, the former flames have two grown children. They welcomed their first child, a daughter named Rayna Tyson, on February 14, 1996. Monica gave birth to their second child, a son Amir Tyson on August 5, 1997.

Their daughter attended New York University to study Film and Television Production. In 2016, the rising youngster got the nomination for the Best Film Student at the college.

Besides, Mike Tyson’s daughter already became part of the mega-hit Hollywood movie Joker starring the Academy Award-winning Joaquin Phoenix. She also worked on The Death and Life of Marsha P. Johnson in 2017.

Before her two kids with Tyson, Monica gave birth to her first child with her ex-beau Eugene B. Byrd, a former drug dealer. She gave birth to their daughter, Gena, in 1989. Tragically, the same year, Byrd, 28 years her senior, was imprisoned for ten years in a federal prison in Lewisburg, PA.

He was arrested for conspiracy to distribute cocaine. The convicted drug dealer Byrd was also the manager of Les Niece’s nightclub, which was frequented by college students.

After Eugene’s decade long jail-term, the relationship between him and Monica remained estranged. She raised their daughter as a single mother. Gena enrolled at Lowell School, a private pre-school.

Soon after Eugene’s arrest, Turner purchased a townhouse off Georgia Avenue near the Maryland border for $124,500. She reportedly had an investment in a four-unit apartment building near Catholic University.

Also Read: Who is Mikey Lorna Tyson? Inside the life of Mike Tyson’s Daughter

Her net worth is $3 million as of 2022. She received a huge amount of money from her divorce settlement with Tyson. And now, the ex-celebrity spouse makes money from her job as a pediatrician.

Monica Turner House is in Sell

Turner listed her Maryland mansion for sale with a market price of £7million ($9.75 million) back in May 2020. The luxurious house, which sits on a huge 19,000 square feet area, has seven bedrooms.

What Happened to Monica Turner?

Turner was diagnosed with multiple sclerosis in the past years. But, she is fine now. The disease mostly affects the brain and spinal cord. Its major symptoms include vision loss, pain, and fatigue.