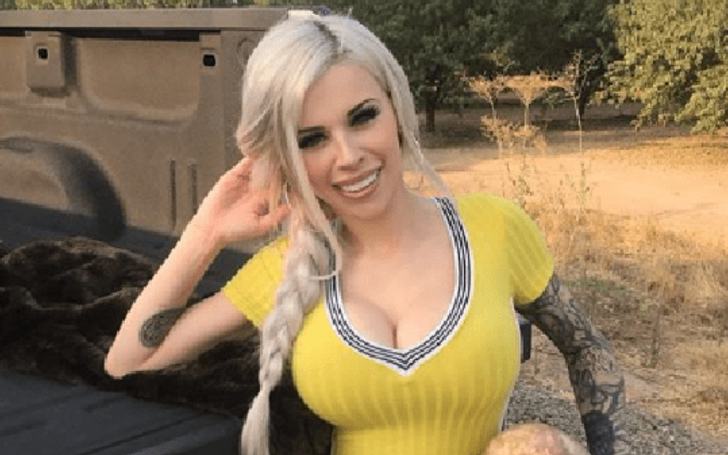 Morgan Hultgren is an Instagram model. With millions of followers creating a huge fanbase, Morgan dominates as a social media influencer.

On the personal front, the popular Instagram model reportedly dated Dan Bilzerian. Sources report that Hultgren is also the mother of a child.

Let’s explore more about Morgan’s intimate life and find out some interesting facts.

Morgan Hultgren was born on 20th November 1993, in Stockholm, Sweden. She grew up in Stockholm with her younger brother.

Hultgren possesses Swedish nationality and belongs to the Swedish ethnicity.

Started Out Her Instagram Career With the Username ‘Swedishkiller’

As a result, the account got suspended and disabled in 2016.

Now Known as Swedishirishmama on Insta

Hultgren subsequently went on to create another account – Swedishirishmama. Her Instagram followers have skyrocketed since then and sit at 3.3 million as of 2021.

Hultgren still mostly shares semi-clothed pictures on social media. She is also signed by several brands and companies like the app Supe.

There are rumors that Morgan did plastic surgery to maintain her figure. Her lips look unnatural so fans are speculating the Instagrammer might’ve added some fillers into it.

Moreover, her body structure seems somehow modified as well. Despite the rumors, the social media star never confirmed the speculations.

Hultgren has Multiple Tattoos on her Body

Morgan has inked a number of tattoos on her body. She has an inscribed tat of several butterflies on her right hand.

The Instagrammer also has gotten many arts on several other parts of her body.

Is Morgan Hultgren Married? Who Is Her Husband?

Hultgren is yet to be married and remains secretive about her love life. The rumors about her husband and marriage surfaced when the Instagram star revealed social media star gave birth to a baby boy, Soren back in October 2016.

There are no reports of who is the biological father of the child. Moreover, the information about her son is completely hidden from the media.

There are reports Hultgren was once romantically involved with Dan for a while. However, on one hand, some sources suggest that Hultgren is just a close mate with him and on the other hand, some stated they had hooked up.

Hultgren reportedly attended several lavish parties with Bilzerian. Even so, both of them never really acknowledged their relationship.

Is Morgan Hultgren Dating Anyone in 2021?

Hultgren is dating an unknown guy as of 2021. Back in early March of the year, Morgan posted a photo with her new boyfriend on her Instagram with the caption, “👩‍❤️‍💋‍👨through thick and thin.”

But, other than that there is nothing more about her new beau.

Similarly, her rumored boyfriend Bilzerian has also been linked to a number of Instagram stars. He dated Hannah Palmer back in 2018. They appeared together on many of his vacations. Furthermore, the poker player was in a relationship with Sofia Bevarly in 2017.

What is Morgan Hultgren’s Net Worth?

Morgan Hultgren has a $300,000 net worth in 2022. She has racked the majority of her considerable figure from her social media career.