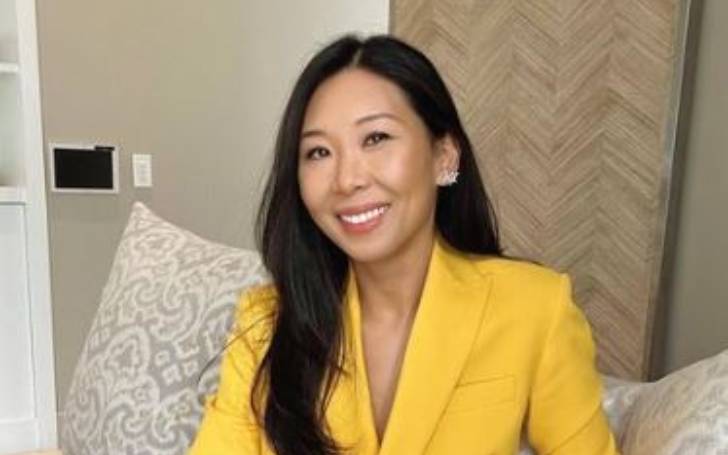 Natalie Lee is an American reality star and social media influencer who is popular for appearing in season 2 of Love Is Blind. The second season of the show started premiering in Feb 2022 and was loved by many.

30-year-old Lee is a consulting manager by profession who decided to take her shot at finding love via Love is Blind. Although she matched with Shayne Jansen and even got engaged on the show, the couple is living separate lives as of now.

So, is Natalie dating anyone at the moment? What happened between Shayne and Lee? Similarly, find out more about her personal life details, childhood, earnings, and more.

Natalie Mina Lee was born on 17th February 1992 in Chicago, Illinois, the United States under the birth sign Aquarius. She is 30 years old as of 2022.

Lee comes from an Asian (Korean) ethnical race and holds American nationality. Moreover, she earned her bachelor’s in International Relations from Loyola University. Apart from this, more details about her parents, siblings, and more are not public yet.

While many know Natalie after her appearance in the second season of the reality TV series Love Is Blind, she has a whole different career of her own. She is currently working as a consulting manager at a company.

She became a household name only after the show premiered on 11th February 2022. In the show, Lee connected with fellow contestant Shayne Jansen and the pair even got engaged.

As we’ve mentioned earlier, Lee and Jansen got together after they met in Love Is Blind. During the initial phase of their relationship, Jansen was so much taken by Lee’s charms, that he fell in love with her without seeing her face.

In an interview, he said,

“I don’t even know what she looks like and quite frankly I really don’t care because I love her.”

After their romance started blooming, Shayne proposed to Lee and she accepted it. They even decided to give it a chance and decided to wed on the show itself.

Though things were fine between the two, Natalie changed her decision to marry Shayne right at the altar. She said no and ended their relationship then and there leaving their budding romance to die.

Even though the former pair tried to give a shot at reconciling their relationship, the second attempt was a fail as well. As per sources, they didn’t even talk to one another after their failed reconciliation attempt.

Nonetheless, Natalie later talked about their breakup revealing how Shayne said she is the worst thing that has happened to her. She said,

“Before our fight, I was 100% sure I was gonna marry him today, But saying that you hate someone, telling someone you’re the worst thing that’s ever happened to them, those cannot be unintentionally said. I thought today truly was going to be the happiest day of my life. I think it’s just I got to a point where I just emotionally could not do it anymore.”

In his defense, Shayne said that he didn’t mean what he said to her and need time to think about their relationship.

“When I was standing at the altar with Shayne and looking at him, I felt on edge and scared, For me, that was the moment where I was like, ‘This is not it.’ I truly, truly loved him, but I think love can only go so far.”

As for now, the former couple is on good terms and still follows one another on Instagram.

Did Shayne Cheat On Natalie With Fellow Co-Star Shaina?

Although Natalie ended their relationship due to their own personal indifference, Shayne’s friendship with fellow co-star Shaina Hurley was also a part of their breakup.

And even though Shaina and Jansen said their bond was nothing but a friendship, Lee was sure of their budding romance.

When things started getting serious, Shaina released a statement saying he had a platonic relationship with Shayne. He said,

“The thing with me and Shayne and I think the audience will be able to see it, and they kind of saw it before it was strictly platonic. Like, we’re buddies. We’ll check up on each other, you know what I’m saying?”

“I don’t fully understand what was scandalous about me and Shaina DMing each other, you know, I see a story and I comment. When it comes to Natalie, if I blinked at Shaina, it would probably be ‘scandalous.’ She never was able to move on from it. Never.”

Maybe Natalie’s insecurity regarding Jensen and Hurley’s bond created a barrier between her and him. And after the show ended, the trio wished one another good and went separate ways in life.

When talks about Lee and Jensen still going on, Natalie dropped another bomb after she went on a short Caribbean trip with Bachelorette alum Blake Moynes.

Though it is not clear whether the two went together or met through the turtle conversation mission, they still raised a few eyebrows.

While viewers were still trying to figure out their relationship, Blake’s story of Lee added more spark to the news. He posted a video of Lee eating breakfast & wrote, “She LOVES sea turtles, and wants to be a turtle barnacle in another life.”

Successful morning with turtles‘, and ‘Breakfast date’. On the other hand, Lee also said that her favorite part of the trip was “the meaningful conversations we had during our breaks” and by we, she meant Blake.

Moreover, an insider close to the duo said that things are not quite serious in their relationship,

“This was the first time Blake and Natalie met. Blake thinks she’s great, Right now things are completely platonic but you never know what the future holds!”

For now, let’s hope that the pair will let us know more about their alleged budding romance in the near future.

How Rich Is Natalie Lee? Details Of Her Earnings

Lee is a consulting manager turned media personality by profession. Likewise, as of 2022, her fortune is reportedly around $500 thousand.

As of mid-Sept, she has over 716k followers on Instagram where she most her life updates.