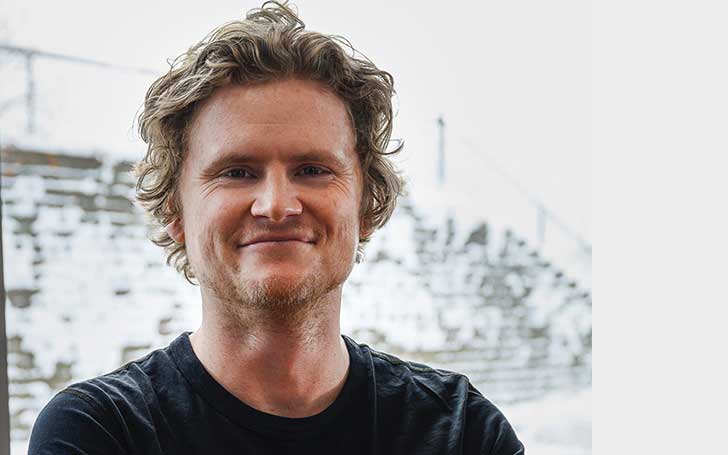 Nathan Dales is a Canadian actor famous for his portrayal of Daryl in the Canadian television sitcom, Letterkenny. His work in the series has earned him the nomination in a couple of awards including the Canadian Screen Awards.

Canadian actor Nathan Dales has been active in acting for over a decade, however, he hasn’t revealed his personal life in the media. He hasn’t even revealed his birthday.

Meanwhile, many online sources have mentioned Dales was born and raised in Calgary, Canada. Furthermore, some sources have said the actor celebrates his birthday on 24th February. Nathan holds Canadian nationality and belongs to the white ethnicity.

Like Nathan’s birth details, his education is also in the shades. However, he studied acting at The American Academy of Dramatic Arts in Los Angeles. As per IMDb, Dales graduated in 2007.

Canadian-born actor Nathan made his acting debut in 2009. Back then, he appeared as Jim in a short movie Tucker. The following year, Dales worked as a security monitor in six episodes of television series, Tower Prep.

After that, Nathan played a few more TV series in minor roles that include King & Maxwell, iZombie, and Backstrom and more. In the series, iZombie, he shared the screen with actress, Leanne Lapp.

Nathan Dales is Linked with Letterkenny From the Beginning

The series was premiered in February 2016 on Crave. Later, it was also aired on The Comedy Network. Nathan plays the role of Daryl in the series that also casts Jared Keeso, Evan Stern, Andrew Herr, and Kamilla Kowal in the main role.

Starting in 2016, the series ended in 2019 with the completion of the eighth season. Actor Dales appeared in a total of 54 episodes of the series.

After Letterkenny ended in 2019, the Bell Media announced the launch of its spinoff, Littlekenny. The mini-series contained six episodes that showed the childhood of the main characters of its parent show.

Nathan Dales didn’t act in any of the episodes of the series, however, he voiced the child character of his role Daryl in Letterkenny. The series premiered on June 208, 2019 and each of the episodes was two to four minutes in length.

Has Earned a Couple of Awards Nominations for Letterkenny

Nathan Dales acting in the sitcom Letterkenny earned him a couple of nominations in the prestigious awards. He was nominated for the Canadian Screen Awards and Leo Awards.

He is Professional on Social Media Too

Nathan Dales is active on both Twitter and Instagram where he has more than 50k followers on Twitter while more than 100k on the latter. He is a little more active on Instagram than Twitter, however, most of his social media posts are concerned with his professional life. Dales rarely talks about his personal life on social platforms.

Hey friends. Please help out this great cause if you can. COVID-19 is awful. Hockey Helps The Homeless and the good folks @bardown have created a limited edition clothing line to helps those homeless in need. #staythepuckhome and help everyone out. All sales of the clothing line will be donated to Hockey Helps The Homeless. If you are able, please help.

Dales has kept all of the details surrounding his love life secret. However, he has been in a relationship with director Jasper Savage for a long time. Even though the couple has maintained super privacy about their romance, the director once took to her social media to announce her love to the Canadian actor.

In June 2019, Jasper took to her social media sharing a photo in which Nathan is seen in a white t-shirt with an “I ❤️ Jasper” print on it. On the other side, Jasper was seen topless as she imitated to taking a photo. Have a look.

“❤️ Nathan, since 2016,” wrote the director. She has also shared some photographs with her boyfriend Dales that hinted they were dating. In recent months, none of the lovebirds have posted any of their photos on social media. However, we suppose the couple is together and happy with their relationship as there is no news of their separation as of yet.