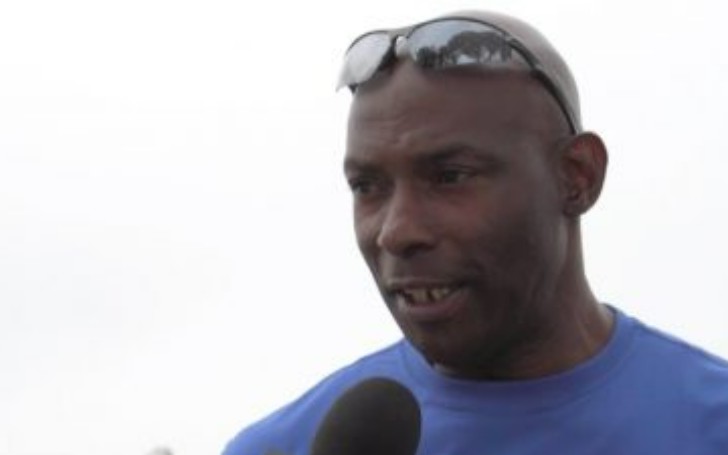 Nathaniel Prescott is popular for being the father of Dak Prescott who is an American football quarterback for the Dallas Cowboys of the NFL. His son Dak is more recognized as NFL Offensive Rookie of The Year.

Besides being the celebrity father, what is Nathaniel doing up to these days? He once captured the media attention for a Marijuana charge. He was later released on a 500 bond. Aside from his legal trouble, people are equally curious to know about Dak Prescott’s father Nathaniel’s love life. So, find out all the details about his married life, his second wife’s death, and many more.

Dak’s Father, Nathaniel Prescott Is In His Early 60s

Nathaniel (aka Nat) was born in the United States of America in the year 1961 which made him 61 years of age by 2022. He grew up in Louisiana, Saints Country. Apart from this, there are no more details on his parents and siblings as he has kept it out of the media.

What Does Nathaniel Prescott Do For Living?

Nathaniel in the past used to work as a commercial driver in the Louisiana oil fields. After working in Louisiana, Dak’s dad also served as a driver for the Austin city bus.

Moreover, Prescott is also a former player who played as a linebacker and defensive end at Grambling State. But, sadly, his football career came to an end after his both knees got injured.

Although there isn’t anything about his current profession, Nathaniel mostly spends his time helping with his son Dak’s two dogs, Legend and GOAT.

Prescott Is A Huge Cowboy Fan

Nat in an exclusive talk with Calvin Watkins stated that he has always been a huge fan of the Dallas Cowboys. He said,

“I am a lifelong Cowboy fan and I raised the kid a Cowboy fan,”

In this regard, his famous son Dak also has the same word to say. Let’s have a look at his statement.

“My dad’s a huge Dallas Cowboys fan. So, I grew up really not – I would say not having a choice – but he gave us all choices because my other brothers weren’t Cowboys fans.

Dak is now the quarterback for the Dallas Cowboys. Born on July 29, 1993, as the youngest child of his parents, Dak started playing while still in high school in Louisiana. He later played college football at Mississippi State.

In 2016, Prescott got selected in the fourth round for the team named Dallas Cowboys in the NFL draft and started playing in his dream team. During his playing career with the Cowboys, the player has made several quarterback records. And the same year he joined the team, he was honored with the NFL Offensive Rookie of The Year too.

Moving on to Nat’s marriage, the former commercial driver had been married twice. As Dallas’ father is not much open about his personal life, so it is difficult to trace who was his first wife and how their marriage ended.

But later, Prescott got married to Peggy Prescott, a European-American woman, for the second time. Similar to his first marital relationship, the details about his second marriage also remained highly secret so far.

Even though the couple had promised a lifetime partnership, they ended up in divorce which happened when their children were so young and still in school.

His ex-wife, Peggy who was also the mother of NFL player Dak Prescott, suffered from colon cancer. She consistently and bravely fight against her disease but sadly it didn’t work for long.

As a result, Nathaniel lost her life on November 3, 2013, at the age of 52. Needless to mention, her son Dak shared a strong bond with his late mom. He still remembers his mom so much. The Cowboys quarterback told NBC DFW,

From his two marriages, Prescott has five children in total. With his first wife, Nat has a son named Elliot Prescott. Further, Nathaniel has four other children named Tad, Jace, Natalie Prescott-Smith, and Dak Prescott with his second spouse Peggy.

Like his son Dak, one of his other children Jace also played as an offensive lineman at Northwestern State.

When his son was still young, Nataniel parted ways with his children’s mother Peggy. Peggy alone raised her children including Dak which is why people assume that an NFL player doesn’t share a good relationship with his father.

On the contrary, Dak despite all the rumors stated that he has good bonding with his dad. He said in an interview in 2017

“Me and my dad have always had a tight relationship, different from my brothers, I guess,” But we all have our own individual relationships. He has always been there for me.”

Even today, Nathaniel keeps showing his concern for his son. He is a proud father who never missed to praise Dak’s achievement as a player.

Nathaniel Was Arrested For Marijuana

In August 2018, on the way to Orange County Highway 87, Nathaniel was discovered with marijuana in his vehicle. He was stopped in a traffic post and arrested. The news was everywhere after the reporter Peter Eliopoulos tweeted,

Where Does Nathaniel Prescott Live Today? His Social Networking Sites

Currently, Prescott lives in Frisco, Texas. In 2017, he shifted to Frisco with the intention to be near his youngest son, Dak. Now, about his presence on social media, he is seen nowhere. As per our research, he hasn’t opened an account on any sites.

On the other side, his son Dak is on Instagram under the user @_4dak with 2.2 million followers.

As we said, he is just famous because of his son. Though throughout his life, Nat has worked and earned money but still, his net worth hasn’t been estimated yet.

On the other hand, his youngest son Dak Prescott has a net worth of $2 million.