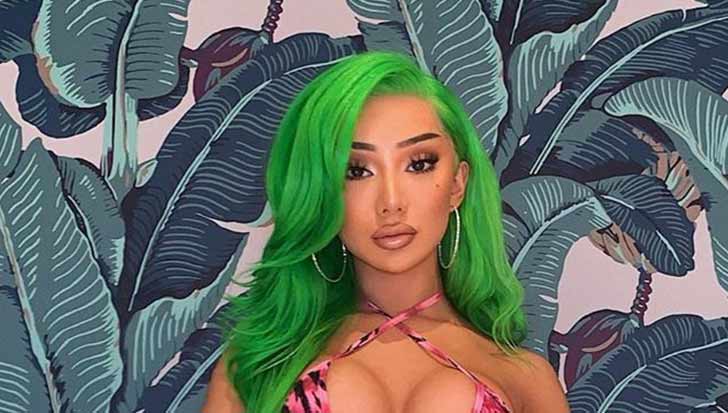 Nikita Dragun is an American make-up artist and famous social media star, who is basically active on Instagram and YouTube. Besides, Dragun is also famous for her outspoken nature when it comes to her private life. Dragun has always been candid about her gender transition and relationships on social media.

Apart from her presence on social media, Nikita is often in the media for her romantic relationships. In the past, she dated Michael Yerger. But what about Nikita Dragun’s boyfriend in 2021?

Well, there are rumors that she is dating a fashion designer in 2020. In addition, she reportedly dated TikTok star, Tony Lopez. Were they ever in a relationship? Find out all the answers here!

Model and social media influencer, Nikita was rumored to be dating TikToker Alejandro Rosario at the beginning of 2021. Their romance rumor sparked after Nikita, who turned 25 in January 2021, left a flirty comment beneath one of Alejandro’s photos. “u 18 now right ? …asking for a friend,” read her comment on a photo uploaded shortly after the TikToker turned 18. The pair have been caught leaving flirty comments beneath each other’s photos on many occasions.

In case you don’t know, Alejandro Rosario is a renowned TikTok star with over 5.5 million followers. What’s more, Dragun invited him to her star-studded 25th birthday celebration where she clicked selfies with him and shared on her Instagram stories. Later, the pair were spotted dining in Los Angeles which gave a rise to their romance rumor.

But, unfortunately, Nikita shut down the possibility of their romance in February 2021 saying she “is just friend” with the rising TikToker.

Nikita Dragun has always been candid about her relationship status. She openly talks about her affairs and boyfriends on her YouTube videos as well as in Instagram posts.

Similarly, Dragun was rumored to be dating the social media star, Chase Stobbe in July 2020. Their relationship rumor started swirling on the web after Chase posted a photo of himself relaxing with Nikita by the pool. The post uploaded in early July made their fans believe something was going between them.

Moreover, Nikita had also posted a photo with him from their vacation in Miami. In addition, in one of Chase’s photos, the Dragun Beauty founder posted a hot fire emoji in the comment section.

Furthermore, what gives their relationship validation is the fact that Nikita posted a photo with him just weeks after her controversial tweet regarding her ex-beau, Michael Yerger.

In the tweet on June 15, Nikita, in a way, warned Michael and his girlfriend Daisy.

Be that as it may, until and unless either party directly comes forward with confirmation, all we fans can do is speculate.

In June 2020, Nikita Dragun made headlines over her relationship with TikTok star, Tony Lopez. In many of her Instagram posts, Dragun was seen getting cozy with the TikToker.

Moreover, the couple even tagged each other in a number of social media posts. What’s more, Nikita once shared a photo wearing a necklace with Lopez’s name on it, further solidifying their romantic indulgence. The activities clearly stated they wanted their fans to think they were dating indeed.

However, Dragun and Lopez don’t appear to be a couple. After a careful inspection of Dragun’s social media posts, we found that Nikita is not in a relationship with Tony.

Meanwhile, Nikita told The Hollywood Fix on the 10th of June that she and Lopez were just friends. “We are all friends. We are just homies, we are cool,” said Dragun.

Nikita once revealed she and model Michael dated for months before they parted their ways. She said that their relationship took time to blossom as at first she felt guarded about her sexual identity.

But, as time passed, she gradually started liking Yerger and he felt the same about her as well. Some times later, the ex-pair became physical after which things started becoming serious.

She said, “That’s when everything changed and that’s when we really had to figure out what exactly it was…It all got to the best place after I filmed my Dragun Beauty campaign.” 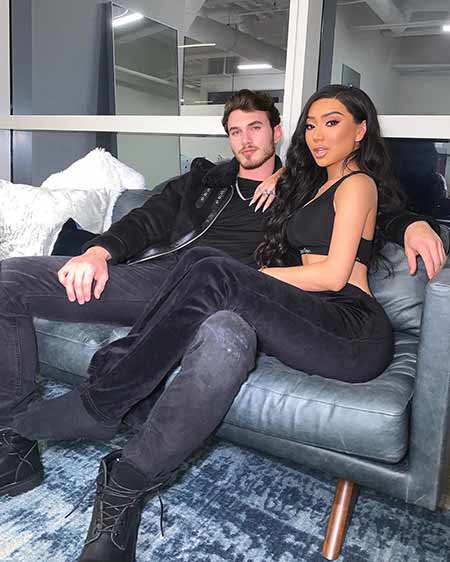 As the lovebirds went public, Michael started receiving a lot of negative comments from fans. However, the couple continued their romance, irrespective of the public response.

She even did a Q&A video with her then-boyfriend. Their chemistry looked so enigmatic in the video. The pair were definitely head over heels for one another at the time.

At the time, Dragun maintained that ever since she transitioned into a woman, not many people loved her but Michael was an exception. According to her, many of her previous romantic conquests ended as all of her exes treated her like a side chick.

Why did Nikita Break-Up with Michael?

Nikita said she and Michael were going strong as a couple when everything started falling apart. It was after Dragun figured out that her boyfriend used her to advance in his career. She confessed in a video:

“I just wish that I wouldn’t have to deal with this…I feel like there’s been relationships, and especially with this one, that I wonder, at least, what would happen if I was just ‘regular’.”

After that, Nikita never felt the same for Michael as she did before. Subsequently, they split during mid-2019.

Nikita maintained that after the split she realized no one would ever love her truly for who she is. Maybe this is why she started to love herself first.

Days after Nikita revealed her heartbreak in a 35-minute-long YouTube video, Michael shared his side of the story via Instagram Stories. In his story, Michael revealed they were never in a relationship, to begin with.

He said Dragun approached him at a bar and asked him to appear in her YouTube videos. Furthermore, the model also revealed he never asked Dragun for “exposure and recognition.”

Furthermore, he even mentioned having to forcefully kiss and dance with her for YouTube, despite feeling uncomfortable. He also said, for him, the worst experience was the “boyfriend q&a” in which he had to answer fans’ questions as if they were a real-life couple.

Michael also added he had clearly told Nikita about liking her as a person. However, Nikita affirms he loved her, in her side of the story.

Besides, Yerger also mentioned attending many events and parties with Nikita after she called him her “boyfriend” in many of her social media posts.

Here is a short video that contains the lengthy message Michael shared in his Instagram Stories.

Unlike any other teenager, Nikita Dragun didn’t date anyone during her teenage. She hadn’t dated anyone prior to the model Oscar Utierre. Dragun revealed she dated Oscar for a while before they broke up.

Nikita revealed in her YouTube video titled “EX BOYFRIEND DOES MY MAKEUP!” that she and Oscar were friends for a long time before anything started between them.

Nikita and Bretman Rock: Are they still friends?

Many rumors suggested in early 2020 that Nikita and Bretman Rock were not on good terms. The rumor sparked after some fans picked her saying, it was weird seeing Rock at his birthday party after not seeing him for over “three months,” in the second episode of her Snapchat series, Nikita Unfiltered.

What further fueled the feud was Nikita’s manager calling off a joint project with Bretman.

Regardless of all the loose talks, Nikita shut down the rumors in a tweet in which she gave the reason for calling off her collaboration with Rock.

The tweet goes like this: “Bretman and i r totally fine btw !!! obvi sucked that the collab couldn’t happen bc of a prior agreement he had… don’t worry miss collab will still be cuming.”