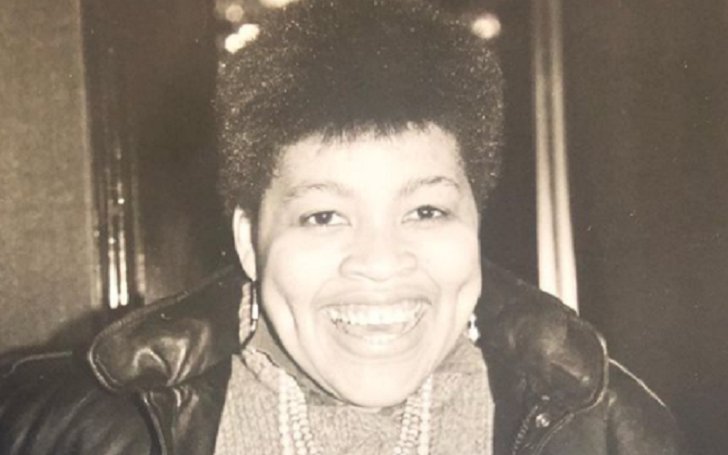 Opal Perlman (aka Opal Stone Perlman) is an accomplished jewelry designer. As a matter of fact, she belongs to a family that was largely involved in the fashion world. Opal spent several years working as a fashion designer in the past.

Despite her own professional successes, Opal only came into the light after her marriage to an actor Ron Perlman. Unfortunately, the former husband-and-wife went their separate ways after nearly forty years of married life. Well, what is the reason behind their split? Were there any infidelities involved?

Well, in today’s episode, let’s explore everything about her love life, including her professional life, parents, and a few other details!

How old is Opal Perlman? Her Childhood

She was born on 8th August 1951, in Montego Bay, a city in Jamaica. Her age is 70 as of early 2022. She spent most of her early life in her hometown of Montego Bay along with her Jamaican family.

Besides, talking about her nationality, Opal is a Jamaican and belongs to an Afro-Jamaican ethnic background.

Her Mother is a Dressmaker: Her Passion for Fashion Brought Her to the United States

Opal Stone’s mother was a dressmaker in her hometown. Growing up with rich tropical beauty, Stone soon fell in love with fashion that eventually brought her to the United States. After moving to the States, she went to Parsons School for Design in New York City.

Gradually, Perlman developed a strong passion for the American couture and even worked as a couturier in Los Angeles, California.

Her Professional Career as a Jewelry Designer

With an unyielding dedication and sourcing the best materials for designs, Opal Stone has established a highly successful path as a jewelry designer.

She is now an owner of Opal Stone Fine Jewelry. The fashionable site has an Instagram account with nearly 1.5k followers.

Her eye-catching pieces have attracted a few renowned celebrities, that include Teri Hatcher, Beyonce, Jennifer Hudson, and more.

Back in November 2011, Opal talked about the Opal Stone Fine Jewelry with JustLuxe where she said,

“Everything I design is what I want and what is missing. I’m absolutely in love with jewelry. I’m in love with diamonds — it’s my favorite thing of all. Before I got into design, I was studying psychology in college, but I would cut classes to go spend time at Saks Fifth Avenue and Bergdorf’s instead. I was always fascinated with fashion.”

Later on, in the early 2010s, Perlman launched a luxury handbag line. Her then-husband, Ron hosted the handbag launch event at the Gray Gallery on 8th December 2011.

The now-former flames tied the knot on Valentine’s 1981, in a low-key wedding ceremony. The same year, Ron landed the first big-screen role, playing Amoukar on Quest for Fire.

While their dating life remains behind the curtains to the date, sources say, the ex-duo came across a few years before their marriage. The two led a delightful relationship for several decades. However, it unanticipatedly dissolved after around forty years.

Their Separation: Is Their Divorce Finalized?

Opal and Ron called it quits in late 2019. The Hellboy star filed for divorce in November 2019, citing irreconcilable differences. The news came out six months after when the actor flaunted his lovey-dovey with his StartUp costar and now-fiancee Allison Dunbar. He listed the date of their split as 10th May 2020 on his filing.

According to the documents obtained by People, the actor is ready to pay spousal support to Stone. Furthermore, their assets and debts will be divided.

Furthermore, in July 2020, the jewelry designer responded to her now ex-husband’s divorce filing, where she also cited irreconcilable differences as the cause of their separation. It came eight months after Ron’s initial filing.

In October 2021, after around two years from the initial filing, Opal and her former husband, Ron Perlman finalized their divorce. Their actor agreed to pay Opal $12,500 a month in spousal support. The court documents obtained by Us Weekly said the only way the 71-year-old actor can stop paying his ex-wife is if she remarries or dies.

Furthermore, their divorce settlement also mentions that actor Perlman has to pay 20 percent of his gross income if he earns more than $624,000 to $1.5 million per annum.

In the petition, Stone had sought spousal support and all attorney fees. And as per their agreement, Opal received $40,000 in attorney fees.

In addition, Opal also got to keep their Los Angeles house and a leased Mercedes-Benz while her ex-husband kept a leased Tesla.

As of now, Ron is engaged to Dunbar and the new lovebirds are ready to tie the knot as well. But, Opal, since her separation from Ron is leading quite a secretive lifestyle.

Opal Perlman is a Mother of Two Children

Opal shares two adult children with her former spouse Ron. The two welcomed their first child, a daughter, Blake Amanda Perlman, on 7th January 1984. The two became parents for the second time when their son, Brandon Avery Perlman was born on March 29, 1990.

Their daughter Blake has followed in her father’s footsteps. Her acting projects include Hand of God and Pottersville.

On the other hand, their son, Brandon, who is better known by his stage name Delroy Edwards is an electronic musician and record producer. The studio albums that Edwards has worked for are Teenage Tapes, Rio Grande, and Slap Happy.

How Much is Opal Perlman Worth?

As per estimation made by several online sources, Opal’s net worth stands at $400,000. She has made her fortune from her career as a jewelry designer.

Besides, talking about her ex-spouse’s wealth, Perlman has an estimated net worth of $8 million. A significant portion of his fortune comes from his acting career.

Alisa Mote-Facts About Kye Kelley’s Ex-Wife: Who Is Mote Dating?