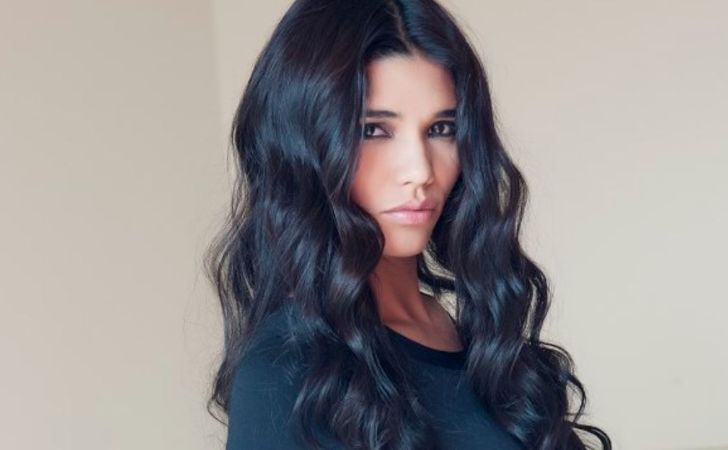 Paloma Jimenez is a model from Acapulco, Guerrero, Mexico. For a long time, she is actively involved with some prominent modeling agencies like Two Management, ID Model Management, & Look, Models. Despite all her professional endeavors, Jimenez is primarily recognized as the long-term partner of American actor Vin Diesel.

Besides, she is also a mother of three kids and the family of five has been apparently living a pretty sound life. Well, what about her wedding plans? Is she planning to tie the knot with Vin?

Well, here is everything you had been looking for about Paloma, from her professional accomplishments to her personal life.

A model by profession, Paloma Jimenez was born as Karla Paloma Jiménez Denagustin on August 22, 1983, in Acapulco, Guerrero, Mexico. Growing up in her hometown with her Mexican parents, Paloma later moved to the United States in her early 20s.

Unfortunately, Paloma has not shared anything about her parents, but she shares a great relationship with Vin’s parents, father Irving H. Vincent, and mother Delora Vincent.

Apart from this, Paloma is an educated individual. She is fluent in two languages, both English and Spanish.

38 years old Jimenes is a successful model. She started her modeling career when she was still in Mexico and eventually moved to the United States to further pursue her passion.

The Mexican beauty has since worked with several prominent modeling agencies including Kyoto Booking Models (Mexico), ID Model Management, Look Models, Two Management, and a number of others. In the around early 2010s, she also associated herself with Ford Models (New York), and Ford Model (Miami).

Talking of her achievement as a model, she was on the cover of the Mexican edition of Maxim Magazine in 2005. Along with this, she was also featured as the cover girl of the now-defunct Max Magazine.

Apart from this, she has also walked on the ramp for some to-notch designers as well. In 2006, at the ready-to-wear Spring/Summer fashion show, she walked the ramp for some successful designers that include Alberto Rodriguez, Carlo Demichelis, Hector Terrones, Guillermo Vargas, and Roberto Villareal.

Similarly, in the year 2007 at the Ready to Wear Spring/Summer fashion show, she represented designers like Abel Ibanez, Clara Gonzalez, Pineda Covalin, and Nestor Osuna.

Featured In A Comedy Show

Not only TV commercials, but Paloma has also appeared in an episode of Mexican comedian and variety show Otro Rollo con: Adol Ramones. At the time Adal Ramones hosted the show and Alejandra Guzman was also present during the episode.

Jimenez has been in a long-term relationship with Fast & Furious actor Vin Diesel. The duo began dating in 2007, and have been together ever since. At the time, Vin was 40 years of age while Paloma was just 24.

The duo made their first public appearance together with their child Vincent in 2013 in an episode of The Tonight Show With Jay Leno. Thereafter, the duo was spotted on several events together including at the premiere of Riddick, and the Hollywood Walk of Fame as well.

Though they are still unmarried, the couple shares a great relationship. In fact, Diesel’s love for Paloma is so much that the premiere of Furious 7 was moved from Abu Dhabi to Los Angeles so that he could be nearby her as she was expecting their child at the time. Regarding the same, a source had reported back then saying,

He wants to be with his family at the birth; it’s a beautiful thing

She Is The Mother Of Three Children

The successful Mexican model is the mother of three children with her partner Vin. She welcomed her first child Hania Riley Diesel in April 2008, around the release of Vin’s movie Furious 7.

Later, in 2010, she gave birth to their second child, a son named Vincent Sinclair Diesel. Similarly, their third child was born on March 16, 2015. They named their son Pauline Diesel in honor of the late actor Paul Walker. Paul died after he was involved in a fatal car accident back in 2013.

Did Vin Cheat On Paloma?

Back in 2016, there were rumors that Vin was cheating on his partner Paloma. In fact, people had also already started stating that they were on the verge of breaking up. However, the truth is completely the opposite. The couple is rather on great terms and doing great in life.

A close source to the family reported that the rumors of their breakup are “not true.” Also In a recent interview of Vin in 2019, he was all praises for his girlfriend, which further hints at the bonding they have. He said,

Are Paloma and Vin Planning a Wedding?

Well, to be precise, there is no such news in the media. It looks like the couple is not in the mood to tie the knot anytime soon. And to be honest, their relationship is so strong that it doesn’t look like they need the validation of marriage.