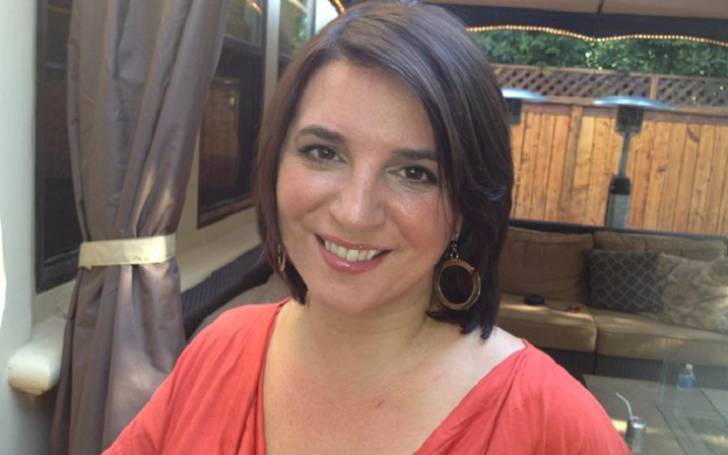 Patty Gardell is the wife of Billy Gardell, an actor, and stand-up comedian. Patty’s husband grabbed attention following his acclaimed police officer’s role in a sitcom TV series, My Name Is Earl. Over the years, Billy has appeared in a handful of movies and TV shows that include Monopoly Millionaires’ Club, Bob Hearts Abishola, Once Upon a Time in Venice, and more.

Moving towards their love life, Patty and her hubby Billy have been in a delightful marital relationship for nearly two decades. The enduring duo is also blessed with one child.

There are a lot of things to know about Billy Gardell’s wife. So, let us try to bring forward all the details about Patty including her age, weight loss rumors, and more facts!

How old is Patty Gardell? All About Her Parents and Family

Her age is 50 as of 2022. As for her birth details, Patty K Gardell was born in August 1972 in the United States of America. As for her parents, Patty is the daughter of Nettie Haynes Carr and Jim. Her mother Nettie is a well-read woman. She went to Vidalia High School and then enrolled at Augusta State University. Shortly after her graduation from Augusta, Nettie studied accountancy at Ogeechee Technical College.

Besides, Patty grew up along with her three siblings. As far as her ethnicity is concerned, Gardell is Caucasian and has an American nationality.

Who is Billy Gardell’s Wife Patty Gardell? Her Husband’s Short-Bio

Patty has been popular as the wife of the comedian Billy. But, any information regarding her professional accomplishments is yet to be revealed.

On the other hand, her spouse Billy has a great career as an actor and comedian. But, before establishing himself as one of the prominent faces in the entertainment world, Gardell went through a number of odd jobs such as unloading trucks, stacking pallets, cleaning bathrooms, and seating people.

In the meantime, Billy started performing on the comedy club’s open-mic nights and then became part of the International Thespian Society Troupe 850. In 2000, Gradell made both of his movie and TV debut, appearing in Gray the Rat and The King of Queens respectively. The actor, who is widely known for his comedy characters, gained early attention after playing a recurring role in Yes, Dear.

Gardell later worked in dozens of major-hit TV shows, most notably My Name Is Earl, Mike & Molly, and Young Sheldon, among others. He currently plays the lead role of Robert “Bob” Wheeler on Bob Hearts Abiola.

The couple has been married for nearly 20 years. Patty and her spouse Billy tied the knot back in October 2001. Their wedding ceremony took place in Los Angeles, California. Patty opted for a white gown while her hubby Billy wore coat pants. They are since leading a blissful marital relationship without any conflict.

Back on 1st October 2015, Patty shared a throwback photo from their wedding in the honor of their 14th wedding anniversary. She wrote,

“Taking a moment to say how grateful I am to be celebrating our 14th wedding anniversary with my hubs, Billy Gardell. My how time flies! Love you, B!”

Although neither Patty nor her husband Billy has ever talked when they first met, it came to know they are together since 1999, after Patty herself posted a beautiful photo with her husband, celebrating their 17th Valentine’s Day together in 2016.

“Our 17th Valentines Day together,” her caption read.

The duo dated for over a year before they engaged in early-mid of 2001.

Patty Gardell is the Mother of One Child With Her Spouse

Billy Gardell’s wife Patty gave birth to their first child, a son named William III in 2003. The family of three often appears together, spending their quality time together in many exotic places. In 2013, Patty was seen with her husband and son at Niagara Falls, ON, Canada.

Patty currently resides in Studio City, California with her family.

Her estimated fortune is $300,000 as of 2022. Besides, her hubby Bily’s net worth stands at $8 million. His acting career plays a key role to rack such good fortune.

Patty’s spouse Billy had struggled with his extra weight from a very early. At one point, the actor even weighed 350 pounds. But, later, Gardell did a lot to reduce his weight. First of all, Billy went on to visit a nutritionist and then also went through weight loss training. He eventually lost 45 pounds.

Summary About Her Life