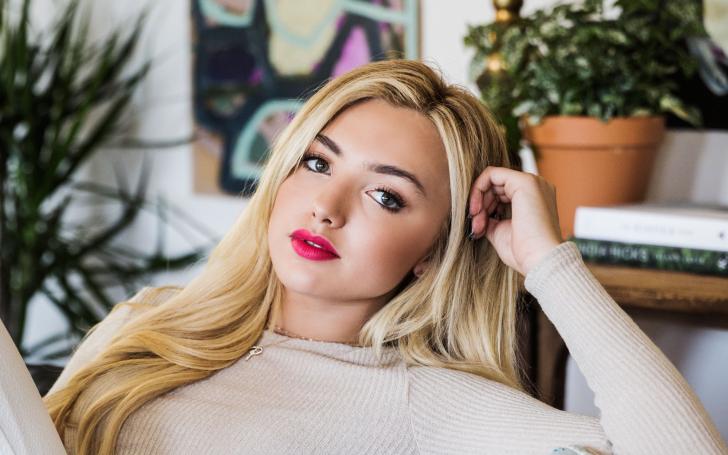 The Diary of the Wimpy Kid Peyton List was recently romantically linked with an actor. However, the two called it quits and we’re curious about her current relationship status.

If you’re curious to find out, who is Peyton List boyfriend in 2021, then you’ve come to the right place. Let’s find out about her relationship and her ex-boyfriend.

The short answer to this question would be, no. The blonde bombshell is out of any dating rumors, so rejoice you guys.

Since splitting with her ex, Peyton is not going out with anyone. Regardless, the Jessie star has mentioned several times, she likes to keep her private life to herself.

Meanwhile, her Jessie co-star, Skai Jackson is also in the same boat as Peyton and not in a relationship.

This could mean two things, either she has a new romantic interest or she is definitely single and we’re more inclining towards the latter.

Peyton might be single right now, but her relationship status wasn’t always like this. She had a beautiful relationship with the actor, Cameron Monaghan.

Cameron is famous for his work in the series, Shameless, and Gotham. He and Peyton first came across each other when they co-starred in the movie, Anthem of a Teenage Prophet.

They started dating in 2017, while they were filming for the movie.

In the movie, Cameron and Peyton played each other’s romantic interests. The movie follows Luke (Cameron) who after predicting the death of his friend finds Faith (Peyton) and falls in love with her.

In a similar fashion, the duo fell for one another in real life as well.

Made Relationship Official with a Disneyland Picture

Peyton made her affair with Cameron official in September 2017 by sharing a cozy picture of the duo from Disneyland.

Besides, List mentioned in an interview that her proximity to Cameron grew more while filming the movie.

The whole crew stayed together in the same hotels and in such a small amount of time, they became quite close. It was only natural they’d go out eventually.

Peyton and Cameron Broke-up Amicably in 2019

Unfortunately, their lovey-dovey was not able to hold out for long. They called it quits in late 2018, after being in a relationship for around 2-years.

E! Online exclusively confirmed the news about their tragic split. According to the tabloid, the former flames went their separate ways over the holiday season. Nevertheless, their decision to separate was mutual.

Despite their break-up, they remained in good faith and even walked the red carpet together at the premiere of Anthem of a Teenage Prophet in January 2019.

Furthermore, Peyton has not deleted any of their pictures from Instagram. Goes on to show, they still share a cordial bond between themselves.

It was in 2019 when the rumor mill started buzzing after Zion Williamson shared a picture with Peyton. He wrote on the Instagram photo,

“It was dope meeting a Disney ⭐️, thanks for supporting the Blue Devils?? @peytonlist.”

Now a simple photo between two celebrities doesn’t really mean much but the internet does seem to have other ideas. There were even speculations that Peyton and Zion had hooked up.

Be that as it may, in the end, it looks they’re being friendly and nothing more. In addition, at that time, Zion was linked with his high-school girlfriend, Tiana White.

Is Zion Williamson dating anyone in 2020? What about his Affair with Tiana White?