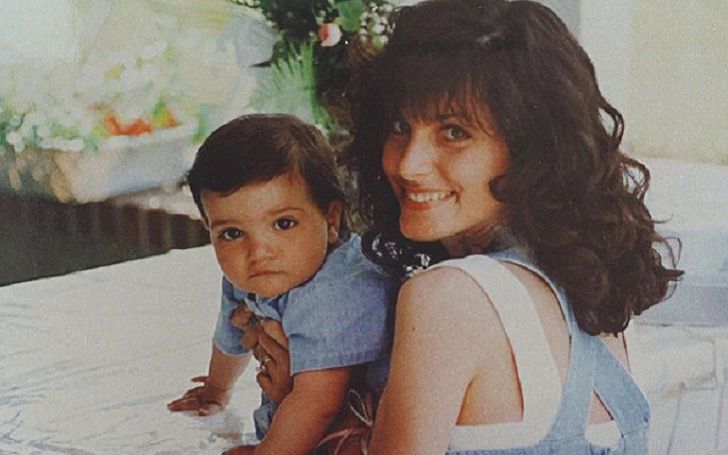 Phyllis Fierro is a nurse practitioner who has worked on the front lines during the global COVID-19 pandemic. But, Fierro rose to fame as the long-time wife of the Hollywood legend Ralph Macchio who became a household name at 22 with his highly-acclaimed role as Daniel LaRusso in the 1984 smash-hit movie The Karate Kid. Over the years, the quintessential performer has worked in dozens of successful movies and TV shows. Ralph credits one person who has played a key role to build such a solid Hollywood foundation: his wife of three decades Fierro.

One of the most enduring couples whose marriage life has spanned over three decades, a rarity in Hollywood is the proud parents of two kids. Let’s find out what is the key to their long-time marriage?

Fierro is 60-year-old as of 2021. She was born in July 1960, in the United States of America. She has kept most part of her early life out of the media. In the meantime, Phyllis’ husband, who was born in November 1961 is nine-month younger than her.

What ethnicity is Phyllis Fierro?

Fierro is Caucasian as per her ethnicity and belongs to American nationality. On the other hand, Macchio, the Huntington, New York native has a mixed ethnical background as his father is of half Italian and half Greek descent while his mom is of Italian ancestry.

What does Phyllis Fierro do for a Living? Is Ralph Macchio’s wife a nurse?

Phyllis is a nurse practitioner. Her work is to make her patients and their loved ones as comfortable as possible during some of the most uncomfortable times. Her husband often expressed gratitude for his wife working on the front lines amid the global COVID-19 pandemic. Back in early 2021, in an interview on The View along with his Cobra Kai costar William Zabka, Ralph briefly talked about his wife’s profession as a nurse practitioner, especially how it is tough during a global pandemic?

Whoopi Goldberg, a co-host on The View started the interview, making some points about Macchio’s wife. The Academy Award-winning actress said,

“Before we talk about [Cobra Kai] I want to mention your amazing wife Phyllis. You’ve been married 33 years. She’s a nurse practitioner who’s been working during this crazy.”

He then disclosed that his wife received the first dose of the Pfizer vaccine the day before the interview. He later also explained her responsibilities,

“It’s tough, um, a lot of what she does is dealing with the families and, uh, palliative medicine. She’s a nurse practitioner and dealing with, um, that — that end of life scenario or how to manage, um, you know being apart and go through this. It is — it is hero work and I am so proud of her and — but she’s doing well. And we are — we are hanging in there.”

How did Ralph meet Phyllis?

The two first came across when Ralph was 15 while Phyllis was 16 at his cousin’s birthday party, which took place in his grandmother’s basement. He told People that Phyllis was invited to the party by his cousin as they both were friends. He recalled the birthday party, saying, “This is 1970 or whatever, so this is Cheez Doodles, 7Up, Tootsie Rolls, probably the Ruffles with onion dip.”

The actor added that Fierro, “was a friend of my cousin, and we just smiled and talked and danced a little. Probably the Hustle!”

Their Wedding: How Long Have Phyllis and Ralph Been Married?

The couple has been together for over a half-century but when it comes to their married life, the duo is married since the late 1980s. The two tied the knot on 5th April 1987. According to online sources, Phyllis and her husband Ralph exchanged their vows at a low-key outdoor wedding ceremony.

It’s been over three decades that the duo is in a marital relationship and their love and support still seem like it’s never been stronger, thanks to their ability to overcome even the toughest of times.

In an aforementioned interview with People, Ralph said that his wife deserved all the credits of his prolific acting career,

“Without her and without the foundation and the family we established, ‘one foot in, one foot out’ would have been very, very difficult on my own. Because there would not be balance.”

“It’s the belief through the easy time, through the tough times, whatever we encounter, that we are meant to be together.”

“We known that we will overcome all because we believe in that, the foundation of that.”

Phyllis Fierro is the Mother of two Children

Ralph Macchio’s wife gave birth to their first child, a daughter Julia in 1992. The two welcomed their second child, a son, Daniel in 1996. Both of their kids have shared the same career path as their father’s. Their young girl Julia is a dancer and actress. She appeared in projects like Girl Most Likely (2012) and Stella’s Last Weekend (2018).

Phyllis’s net worth still remains behind closed doors. On the other hand, her actor hubby Ralph has an estimated net worth of $4 million as of 2021.

He currently plays the role of Daniel LaRusso in Cobra Kai. His other acting credits include The Outsiders, Eight Is Enough, My Cousin Vinny, and more.