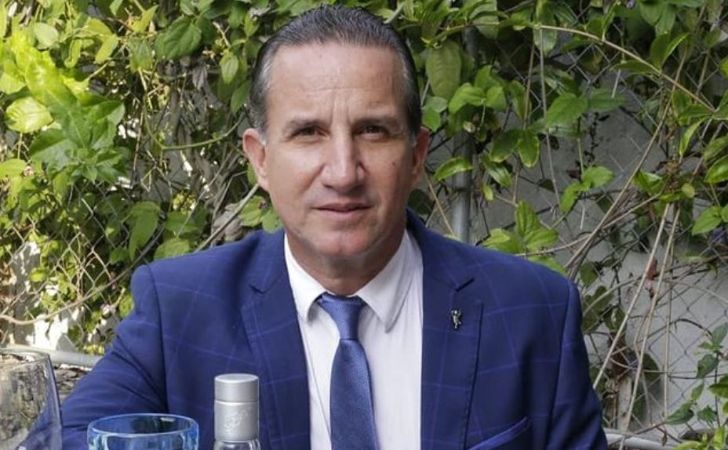 Plutarco Haza is a Mexican actor and director known for his work in movies like Amores querer con alevosía (2001), El Señor de los Cielos, and numerous others. He is also known in the media as the ex-husband of Polis-Mexican actress Ludwika Paleta.

Unfortunately, Haza is no more with his first wife. So, how is his life at present? Did he marry again after his divorce? Does he have any children? In this article, we are going to reveal some never-told facts about him. Also find out about his parents, career, and earnings.

Plutarco Haza Was Born in Mexico

The successful actor and director Plutarco was born on June 22, 1972, in Ciudad Obregon, Mexico. However, he grew up in Mazatlán, Sinaloa, along with his mother Marissa.

Unfortunately, there are not many details about his father, but he shares a great relationship with his mother. He often posts photos of his mother on his social media handles. Not only this, but he even manages to spend time with his mother every now and then.

Career: Plutarco Is An Actor & Director

Needless to say, Haza is a successful actor and a director as well. He has appeared in many movies and TV series as well. he made his debut as an actor back in the 1987 short movie Sudden death. his second project came in 1995 when he appeared in the movie named In the air.

Some of his other most successful works include Perseguidos (2016-2017), Selena’s Secret (2018), You Cannot Hide (2019). So far, his longest-running show was in The Lord of the Skies, where he appeared in a total of 173 episodes. Further, he is also set to appear in two other projects in 2021, MELANCOLíA, and El Jardin aka: Narco Killer.

Apart from acting, Plutarco was also a writer, producer, and director of the 2006 short film Hugo vs. el mar.

Plutarco Haza Was Married To Ludwika Paleta In The past

The Hidalgo: La historia jamás contada actor was married to actress Ludwika Paleta in the past. They were married in 1998, among close friends and family members. Just around two years into their marriage, the couple also welcomed a son named Nicolás Haza on November 11, 1999.

Though he had a pretty good relationship with his wife, they couldn’t continue their marriage for long. Just 9 years into their relationship, the couple called quits and divorce in 2008.

As per the reports, Haza and Ludwika started having trouble in their relationship after a few intimate photos of him with another woman were leaked. However, they didn’t reveal the exact reason for their split. Talking to People, the duo instead stated that they had been planning to separate for a while.

We’ve decided to separate for some time now. This will be the first and only time we talk about this, and ask that people respect our privacy, in the best interest of our son.

Despite the split, they raised their son Nicolas together on mutual terms.

Besides, with the end of their relationship, the couple even ended the partnership of the restaurant UNIC that they owned together. Regarding the same, Ludwika later stated,

I’ll stop being his business partner, because we each have to go our separate ways and do our own thing

Did Plutarco Get Married After His Split?

To be precise, Plutarco married again in 2014, to second wife Ximena del Toro. They celebrated the beautiful day among their friends and family members. Well, Ximena’s parents too attended their wedding.

Talking about their relationship, the couple had been dating way before they tied the knot. They made their relationship public around 2013. Well, it has been almost a decade since they are together and their bonding only seems to be getting stronger.

From their marriage, Plutarco and his now-wife Ximena also have a son named Leonardo who was born on February 7, 2019. He is the second child for Haza but the first child for Toro. Well, they both share a great relationship with the newborn.

In fact, their Instagram is full of photos of their son.

His Oldest Son Nicolás Haza Is A Singer

The oldest son of Plutarco, Nicolas Haza, who was born from his first wife Luzwika is a singer by profession. As per the article published by Milenio, the star kid is going to make his debut as a singer in 2021.

Though he pursued his formal education in film making, he explains he has an immense passion for music as well. Talking about the shift in his career decision, he stated,

I studied cinema, but music never left my life, it was always there. So it is my way of integrating music, doing what I like and being able to share it with the world,

Well, we wish luck in your career.