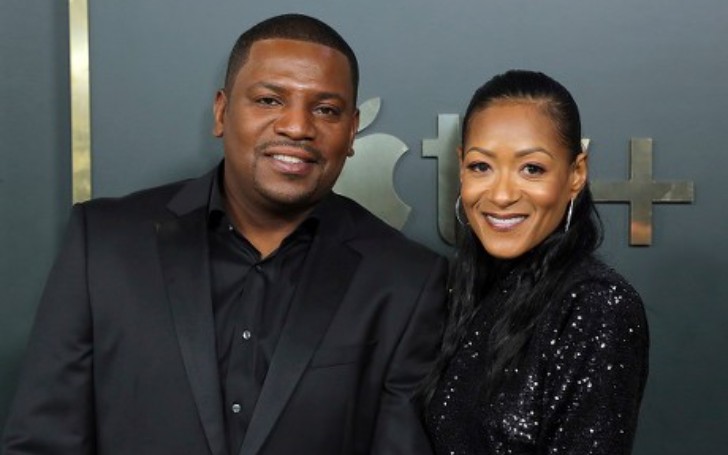 Reshelet Barnes is famously known as the wife of an American actor Mekhi Phifer. Her husband is best known for portraying Dr. Greg Pratt on NBC’s longest-running show ER and Ben Reynolds on the Fox crime show, Lie to Me.

Despite being the celebrity wife, Reshelet prefers to keep her personal and professional life private. Apart from her occasional public appearance alongside her famous husband, very little about her is revealed in the media. However, being the life partner of Hollywood’s most loved actor, many people are curious to know about the inside life of Reshelet.

So, today, we have come up with some interesting facts about Mekhi Phifer’s Second wife Reshelet Barnes. Scroll the article to know in detail.

Who Is Reshelet Barnes? Her Age And Early Life

As said earlier, Reshelet is the wife of the actor, Mekhi Phifer. Since Barnes rose to prominence due to her marriage with her husband Phifer, not much information about her early life details is available in the media. However, we got to know about her birth detail, thanks to her husband’s presence on Instagram.

On Dec 1, 2021, Reshelet’s famous husband, Mekhi wished her a birthday on his Instagram. He shared Barnes’ beautiful photographs together with him and wrote,

Happy Birthday to my beautiful Queen…you are very deserving of your crown!! Love you baby!! Many, many more great and adventurous times ahead😘💯 It’s a must we keep working on our happiness together! Coexistence takes time, patience and true understanding. No one is exempt! Much love and many blessings! May we all be the best US…

Seeing this, we can say that the celebrity wife celebrates her birthday on the 1st of December every year. Further, she was born in the year 1971 which makes her 51 years of age as of 2023.

Besides, she belongs to the mixed race and probably holds American nationality.

The celebrity spouse has incredibly maintained a low-key life, so, it’s difficult to talk about her professional career with certainty. However, several online tabloids reported her as a creative director for NBC.

On the other hand, as we all know, her famous husband Mekhi is a well-known actor.

He is working in entertainment movies since the early 90s. In more than two decades of his acting career, Mekhi worked in several series and movies like Homicide: Life on the Street, Secret City, Canal Street, A Talent for Trouble, New York Undercover, Soul Food, Tears of a Clown, and many others.

Further, Reshelet’s spouse is also the owner of Athlete’s Foot, a shoe-store franchise in California. Moreover, he is also the chairman of the board of trustees of The Vine Group USA.

On March 30, 2013, Reshelet exchanged vows with her longtime boyfriend, Mekhi Phifer. The couple tied the knot in a grand wedding ceremony with around 100 attendees at the Montage Hotel in Beverly Hills, California.

Their wedding turned completely emotional as the groom Mekhi was overwhelmed when Reshelet stepped forward. One of the attendees told,

“Mekhi was completely overcome with emotion and you could tell she took his breath away. He had to wipe tears from his eyes for several minutes.”

Coming up to 2023, the couple has been married for 9 years and their relationship is getting stronger with each day, month, and year passing. Two years back, on their 7th marriage anniversary, Barnes’ spouse wrote on his Insta,

7 years ago!! Still staying strong and focused to this day and beyond. Love you baby!! We do our THANG together!! #lovequotes #wifey

Mekhi sometimes shares beautiful photos with his lovely wife on his Instagram. Lastly, they were seen together in December 2021 which is proof that the married duo is on great terms with each other.

Barnes’ Husband Was Previously Married Once

Reshelet is the second wife to her husband Mekhi. Previously, Barnes’ spouse was married to his first wife, Malinda Williams, an actress and an author, from 1999 to 2003. After the couple separated, Mekhi then dated his girlfriend named Oni Souratha. Mekhi and Oni were so much in love with each other and even were in a live-in relationship. The two even decided to get married and were engaged. But unfortunately, their engagement was broken up.

Later the ER actor was in a relationship with his now-wife Reshelet. According to sources, the two dated each other for quite a long time and eventually tied the knot in 2013.

Does Reshelet Barnes Share Any Children With Her Husband?

To date, Reshelet doesn’t have any children together with her lovely husband Mekhi. But that doesn’t mean Barnes is not a parent. She is a mother-like figure for her husband’s kids from his past marriage and relationship.

Her better half, Phifer is a father of two children named Omikaye Phifer and Mekhi Thira Phifer Jr. Omikaye is his 23 years old son from his marriage with his first-wife Malinda while Mekhi is his younger son, whom he shares with his girlfriend Oni.

What Is Reshelet Doing Today?

Since Reshelet doesn’t explore her personal life on social media, so, it’s difficult to say anything about her current status. However, going through her husband Phifer’s Instagram, it seems like the couple lives in their residence in California.

The 51-year-old celebrity wife, Reshelet is reported to have an estimated net worth of $1 million. On the hand, her famous husband Mekhi Phifer has a fortune of $500,000 as of 2023. In 2014, Mekhi went bankrupt and as per reports, he owed over $1 million to the IRS.