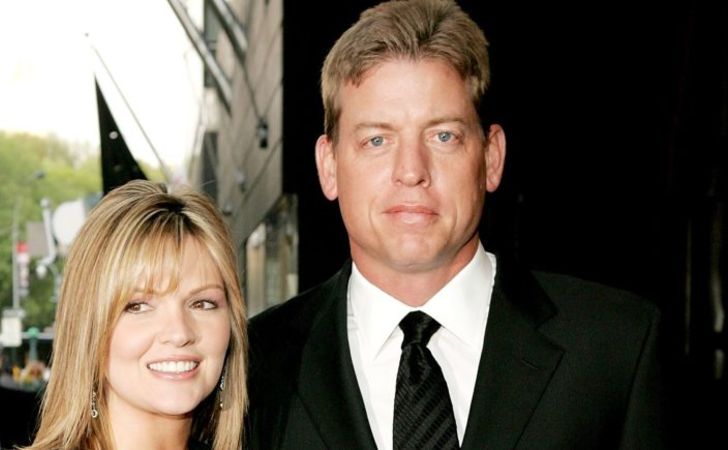 A former Cowboys publicist Rhonda Worthey‘s life in the media primarily revolves around her ex-husband Troy Aikman. She led quite a beautiful relationship with Troy for around a decade. However, their marital relationship soon ended in a divorce.

Well, Worthey’s ex-spouse Troy is already into a new relationship, but what about her? How is her life following the divorce? Did she ever got married following the split?

Here is a detailed account of Rhonda’s life with Troy and post her separation. Not only this, but we will talk about her children with her ex-husband.

Rhonda and Troy married on April 8, 2000, at their home in Plano, Texas. The wedding ceremony in itself was rather small with very few people in attendance. The newlywed later had a big feast with several of their friends post their matrimony.

Considered one of Dallas’ most eligible bachelors, Troy reportedly was pretty much excited about his marriage with Worthey. Talking about his excitement, one of his security staffers Tim Quintana stated, “Troy is very, very happy.”

On a rehearsal dinner night on Friday, a day before their marriage, several celebrities made their appearance for the occasion. Among the attendees were the Cowboys coaches and teammates including Bill Bates, Emmitt Smith, Daryl Johnston, Kevin Gogan, Mark Stepnoski.

Rhonda and Troy married After 18 Months of Dating

The duo’s marriage was not an instant decision. The couple rather dated for around 18 months before they finally decided to commit to a marital relationship.

Since Rhonda was a publicist for the Cowboys and Troy a player, they happened to meet at the team’s practice facility. Their first meeting soon turned into a romantic relationship and eventually into a marriage.

Their marriage ended in divorce in 2011

Despite the wonderful beginning, Rhonda and Troy could not keep their wedding vows intact for the rest of their life. After almost 11 years into their marriage, the couple called it quits.

They filed for divorce on January 24, 2011, and it was finalized on April 12, 2011. Talking about his decision to divorce in an interview with Dallas Morning News, Troy said,

This has been a difficult decision for Rhonda and me, but after 10 years of marriage we have decided to separate, We remain deeply committed to our children and respectfully ask that you honor our family s privacy during this period of adjustment.

As for the divorce settlement, Rhonda received a sum of $1.75 million.

She has two children with her ex-husband Troy

In a marriage exceeding a decade, Rhonda welcomed two children, both daughters. Her first daughter Jordan Ashley Aikman was born on August 24, 2001. Similarly, she welcomed her second daughter Alexa Marie Aikman on July 30, 2002.

Rhonda was about to star in The Real Housewives of Dallas

In around March of 2012, there were rumors that Rhonda was shortlisted to star in The Real Housewives of Dallas. In fact, RealityTea.com reported had already listed her as one of the cast members.

However, despite all the initial buzz, she was not cast in the show. The show was initially rumored to air in early 2013 but was delayed and even the cast was not finalized until February 2016. The first season finally aired in April 2016.

Police once arrested Rhonda for drinking in public

A year after their divorce from Troy, Rhonda was arrested for intoxication in public. As per the report, around August of 2012, police arrested her for drunkenly hanging out in the parking lot of the Texas high school. 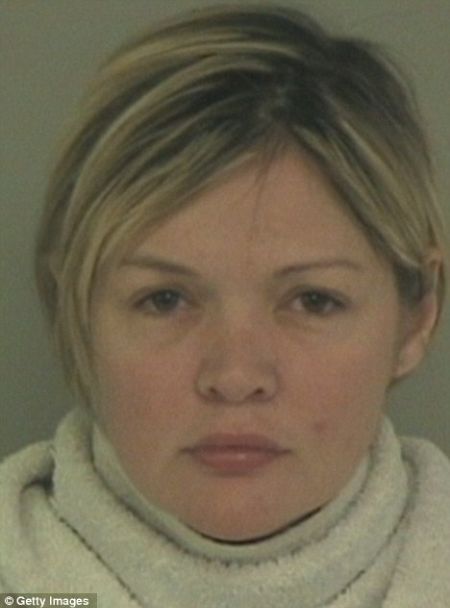 On 27th August, the police found her completely drunk in her car with two water bottles filled with booze. When the cops tried to arrest her, she yelled out to them dropping her ex-husband’s name. She reportedly said,

Do you know what this is gonna do to him? Troy?

She was charged with public intoxication. Later, she was pleaded no contest exchange for 30 days probation.

She Is Apparently Single Since Her Divorce

Ever since her divorce from Troy, Rhonda is single or at least not publicly in a relationship. She also has remained unmarried and has not even shared any plans of tying the knot in the future as well.

Hopefully, she will get into a romantic relationship and reveal the news to the public soon in the future.

Following her divorce, her now ex-husband Troy began dating fashion retailer Catherine Mooty. They exchanged vows on September 1, 2017, in a low-key ceremony at the Biltmore Four Seasons in Montecito, California.

How Much Is Rhonda Worthey Net Worth?

A successful publicist, Worthey has earned pretty much professionally. As of 2021, she has amassed a net worth of around $10 million. Her wealth is expected to increase even more in near future.