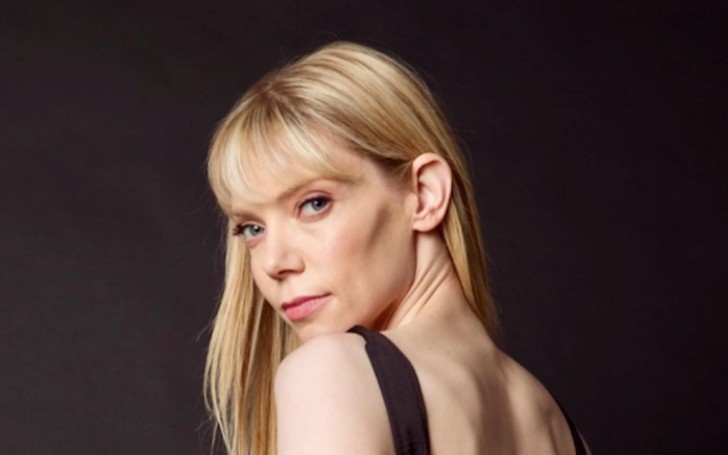 Ever since the comedy horror TV series, Wednesday premiered on Netflix, the name Riki Lindhome has quite been in the media. The actress plays the role of Dr. Valerie Kinbott in the series along with Jenna Ortega, Gwendoline Christie, and more. Prior to her work on Wednesday, Lindhome has already worked in dozens of hit movies and TV shows, amassing a huge fan base.

Well, aside from her roles in movies and TV shows, thousands of her fans are also enthusiastically waiting to know about Riki Lindhome’s boyfriend in 2023. Besides, did you know the actress also became a mother to her son in March 2022? Then, who is her baby’s father?

Here are several unheard details about her dating life from her past love affair to her ultra-private ongoing relationship with a comedian. So, let’s find out it all together in the following article!

Who is Riki Lindhome Boyfriend? Her Dating Life

The Wednesday star Riki is currently dating her boyfriend named Fred Armisen, a comedian, and actor who is best know for his work in the IFC sketch comedy series Portlandia. Like many celebrity couples, both Lindhome and her beau Armisen have also kept their love life away from the media limelight.

It was Riki who first revealed they are dating when the actress posted a photo of her partner with her newly born baby boy on her Insta in July 2022. She wrote the caption, 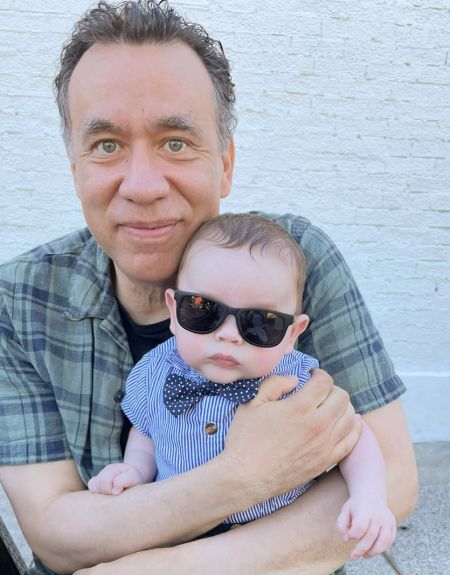 In fact, Riki posted her boyfriend Fred’s photo only a couple of months after Fred’s separation from his then-girlfriend Natasha Lyonne. So, although neither Riki nor her bae Armisen has said anything about when did they start dating, it looks like they have been together just after Fred’s split with Natasha.

The new romantic couple who has seemingly been together for nearly a year now also bought a house together in December 2022. Lindhome and her boyfriend Armisen spent more than $4 million on their new house in Los Feliz, a hillside neighborhood in the greater Hollywood area of Los Angeles.

Their new mansion which was originally built in the 1920s has four-bedroom and three-and-a-half-bathroom. The woman named Leona P. Wood who was back then the widow of the richest businessman first lived in the house.

Lindhome’s current boyfriend Fred previously dated the actress Natasha Lyonne. The former flames first started dating in 2014. But, they called it quits about six years after in 2022. In an interview with People, Lyonne said it was only a debate over the swimming pool that ruined their relationship. She said,

“I had been [in Los Angeles] living with Fred and during COVID. I honestly think we broke up because I wanted a swimming pool.”

Prior to her, Fred Armisen was married to his second wife Elisabeth Moss (2009 to 11). Before her, the actor was also in a relationship with his first wife Sally Timms.

Lindhome is The Mother of a Child; Who is Her Baby’s Biological Father?

Yes, Riki is the mother of a child. The actress who has been active in Hollywood since 2001 welcomed her first child, a baby boy in early March 2022. She gave birth to her son in Los Angeles, California. And the renowned actress announced the big news via her Instagram with a couple of photos of her baby boy and herself. She wrote on the photo,

However, Lindhome has yet to reveal the name of her son. In the same way, the actress has kept the true identity of her baby’s father too. Regardless, since her baby’s birth, the Wednesday star has posted a number of photos of her son on her Insta. Back in October 2022, Lindhome took her toddler boy on his first road trip to Yosemite National Park, in California.

Back in the early 2010s, there were also rumors that Riki was in a relationship with her boyfriend named Nick Kocher. The speculations about their dating first sparked when the two appeared in a 2012 romantic comedy Much Ado About Nothing. In the movie, Lindhome played Conrade, the lover of Don John while Nick had the small role of a first watchman.

Further fueling their dating rumors, Riki and her reported partner Kocher appeared together promoting Much Ado at WonderCon Anaheim 2013 in March 2013. But, they never confirmed whether or not they were ever in a relationship.

Her Past Love Affairs

Several years after her rumored relationship with her Much Ado co-star Nick, Riki Lindhome was spotted with her unknown boyfriend in August 2018. At the time, the actress was seen going on a night date with her then-partner in Celebrity Sightings in Los Angeles.

However, when the interviewer asked for her partner’s name in the video uploaded on Getty, they denied it. But, looking at them together in the clip, they looked pretty romantic.

Has Riki Lindhome Ever Been Married To Her Husband?

No, Niki is yet to be married nor the actress has announced anyone as her husband so far. Some sources say Niki and her new partner Fred are apparently planning to tie the knot. It is quite possible we might see Fred Armisen as her official hubby.

Joshua Bassett Girlfriend & Relationship: Find Out Who He Is Dating in 2023