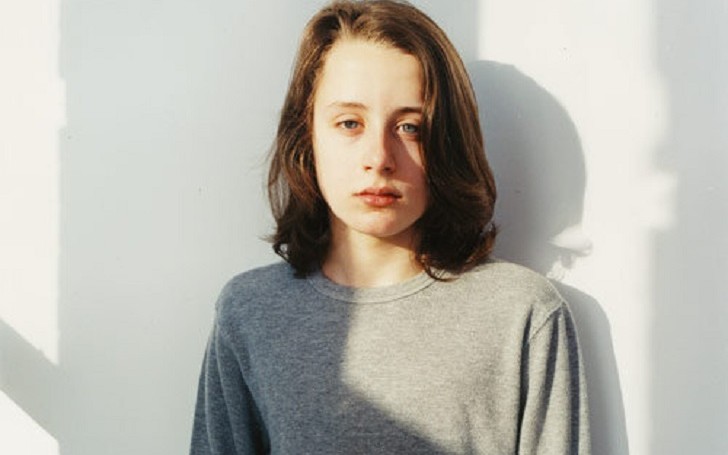 Rory Culkin belongs to a family whose roots are deeply involved in the show business. He is the brother of one of the Hollywood leading actors Macaulay Culkin and Kieran Culkin. And having such a strong family background, Rory has himself made quite a name. One of the quickly-established actors Culkin has appeared in a handful of movies and TV shows, most notably in Scream 4, Lords of Chaos, and Columbus.

Along with his booming acting career, Rory is likewise leading a blissful married life with his cinematographer-wife Sarah Scrivener. His spouse mostly works behind the camera sometimes as a camera production assistant and sometimes as a loader.

In addition, Rory, the son of Kit Culkin, the former stage actor went through some serious family tragedies including his sisters’ untimely death, parents’ messy separation, and father’s prolonged disappearance from the family!

So, to know every part of his life, read the below article!

Who are Rory Culkin Parents? His Age and Other Early Details

Talking about his nationality, Culkin is an American and belongs to the Caucasian ethnicity.

Kit and Patricia were in a relationship for over two decades. Despite their long-time association, the former enduring duo never even considered marriage. Sources suggest Kit met his future partner in North Dakota in the mid-1970s. The two soon began dating.

After a few years in North Dakota, the two made their move to New York, Rory’s birthplace.

Kit and Patricia, however, ended their love affair after over two-decade of their love affair. As per online tabloids, it wasn’t an amicable separation. After their split, the two got involved in the bitter custody battle of their children.

Patricia, following her nasty separation from her long-time partner, went on to marry a man named Mart D. Cox. The two also reportedly have a daughter, Kara Cox. The family of three now resides in Billings, Montana.

On the other hand, Rory’s father moved on with Jeanette Krylowski. The two were together until Jeanette’s demise on 31st May 2017. They used to live in Grants Pass, a city in Oregon.

He Comes From a Lower-Middle Class Family

Initially, the Culkin family faced some financial problems as they used to live in a tenement railroad apartment in New York City with no separating doors. They spent nine years at the flat, where even the bathroom was without of lock.

Rory’s mother was the one who kept all of them together. But, Rory’s father Kit spent most part of his fatherhood outside the home. Because of Kit’s extended absenteeism from the family, his relationship with his sons and other family members couldn’t be good, especially when it comes to Kieran and Mac.

His big brother Macaulay, born on 26th August 1980 is one of the most successful child actors in the 1990s. He was included in the “100 Greatest Kid-Stars” list made by VH1. He grabbed tremendous fame when the then-emerging talent appeared in the first two installations of the Christmas franchise Home Alone series. His performance in the films also brought him a Golden Globe Award nomination. His other successful on-screen credits include The Good Son, The Nutcracker, Getting Even with Dad, and more.

In the meantime, Rory’s brother Kieran has also built a highly successful path in the show business. Like his older sibling Macaulay, Kieran also kicked off his acting journey as a child actor, making a film debut with the role in Home Alone in 1990. He subsequently appeared in Father of the Bride, Home Alone 2: Lost in New York, and The Cider House Rules.

Back in 2008, the Culkin family faced a gut-wrenching family tragedy when Dakota, Rory’s older sister died in a car accident. She was 29 at the time of her demise. Source suggests that the car hit her after Dakota stepped off the curb.

Unlike her siblings, Dakota wasn’t all interested in acting but did it unwillingly until putting her foot down.

Besides, Rory had one half-sibling, a sister named Jennifer, who, unfortunately, died from a drug overdose in 2000.

His Sister Quinn is an Occasional Actress

Rory’s sista Quinn Culkin, born in November 1984 is also an actress. She began her acting career playing the role of Katie McClary in the TV series Wish Kid in 1991. She also appeared in the short documentary, The food Son, Behind the Scenes of the Good Son in 1993. Her other acting credits include The Good Son and Biography.

Rory Culkin Professional Career: His Variety of Roles in both Movies and TV Shows

Culkin who was always destined to be an actor started appearing on movies and TV shows from an early age, playing the younger versions of his older brothers’ character. He snagged the first acting role, portraying Richard Evans in The Good Son in 1993. A year after, the child actor went on to play Young Richie in Richie Rich along with his big brother Kieran.

Rory’s big break came when the promising talent landed the breakout role of Rudy Prescott in You Can Count On. His performance in the drama film also brought earned him a Young Artist Award.

His popularity gained worldwide recognition following his appearance on the smash-hit movie Signs. He appeared on the project alongside Joaquin Phoenix and Mel Gibson. Gradually, Culkin started appearing in independent movies including Hick, The Chumscrubber, and Down in the Valley.

Later in years, Culkin became part of several hit movies and TV shows such as Scream 4, Lords of Chaos, and more. Back in 2018, the actor appeared as David Thibodeau on the miniseries Waco.

Is Rory Culkin Married? If Yes, Who is His Wife?

Rory has been married to Sarah Scrivener for a few years now. The two tied the knot back in April 2018. Their ceremony which took place in New Orleans was officiated by Paul Heyman, the booming-voiced WWE announcer and the advocate for WWE Universal Champ Brock Lesnar.

Both of them are big fans of wrestling. And the reason behind their wedding that was held in New Orleans was, “that’s where WrestleMania was at that moment. Everybody’s doing what they want to be doing, and they’re doing really great work. And they’re all happy in their personal lives. That’s as good as it gets in this world.”

Rory and his wife Sarah were surrounded by their family members and other friends at the big event. The couple is since leading a happy married life.

Besides, talking about their children, the couple is yet to become a parent, neither of them has revealed their plans to have children.

When Did They First Meet?

According to sources, the duo came across when both of them were working together in a hit meta slasher film Scream 4 (2011). Rory and his future wife even attended the World Premiere of the movie at the Grauman’s Chinese Theatre on April 11, 2011, in Hollywood, California. They have been together ever since.

Although Rory appears regularly in the media, his life partner Sarah prefers to work behind the camera. She first worked as a makeup artist for Stuntman in 2009. The same year, Scrivener became a co-cinematographer for Stuntman. In 2011, Rory’s wife served as a camera production assistant for Scream 4. She again landed the same role while working for Oz the Great and Powerful in 2013.

Besides, Sarah was a loader for The Good Wife (2014-16). She has also deserved credit for her work in TV shows like The Affair, Murder, Divorce, Instinct, For Life, and The Blacklist, starring James Spader. She likewise worked behind the camera for City on a Hill (2019-2021).

What is Rory Culkin Net Worth?

Culkin has an estimated net worth of $1.5 million as of 2021. He has made such a good fortune from his work as an actor. Over the years, the actor has worked in a number of financially successful movies.