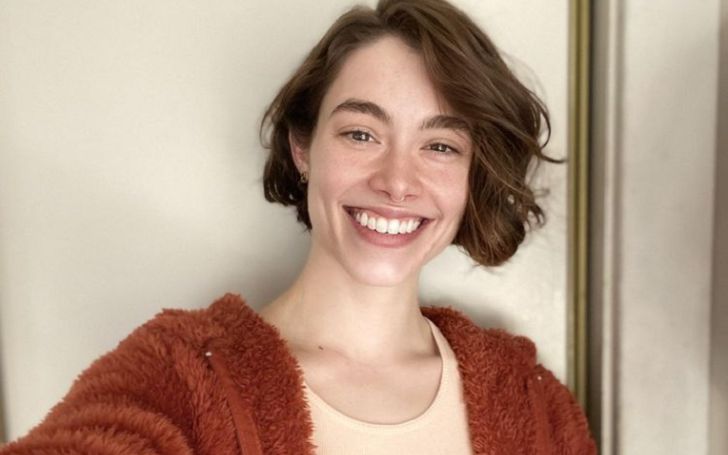 Sarah Davenport is one of the budding figures in the entertainment world with several acting credits under her belt. The rising actress who began auditioning for professional roles by the age of 12 scored her breakthrough role in the TV series Stitchers in 2016. She has since worked on a few other hit TV projects, most notably in The Donors.

Besides, talking about her personal life, Sarah is in a long-term relationship with her medical student boyfriend. But, the duo has kept most part of their love life behind closed doors for the past few years.

Here is everything about the promising actress including her family background and more.

Who are Sarah Davenport Parents? Details on Date of Birth and Age

Sarah is the daughter of John Russell Davenport and Melisa Davenport. She shares a strong relationship with both her parents and often shares adorable photos with them. Back in May 2017, Davenport shared a photo with her mom on the occasion of Mother’s Day. In the caption, she wrote,

“Didn’t post about it because I was too busy enjoying it. Hope you loved on your mama-biological, chosen, present, far- for Mother’s Day; so grateful to have been able to do so with wonderful mine.”

Sarah was born on 21st February 1994, in Atlanta, Georgia. She spent the major portion of her childhood in her hometown of Atlanta with her family. Her age is 28 as of 2022.

Education: Studied at the same College as Her Brother

Davenport has a brother, Josh Davenport. They both attended the University of Cincinnati College-Conservatory of Music. She studied drama and acting at the college while her brother studied B.F.A. in Lighting Design and Technology.

Who is Sarah Davenport? Her Acting Career in Detail

Sarah is an actress by profession who kicked off her journey in show business by the pre-teen age of 12 with a number of auditions. She eventually landed her first professional acting role in a short on-screen project Barely Alive in 2012. She later appeared in a few minor projects that include Bad Company, Dusk, and Mickey.

In 2016, the actress made her big break following her major role in a science fiction crime drama series Stitchers. She played the character of Ivy Brown, the half-sister to the show’s leading lady, Kirsten Clark (portrayed by Emma Ishta). Other cast members of the show are Kyle Harris, Ritesh Rajan, Salli Richardson-Whitfield, and Allison Scagliotti.

Furthermore, Sarah was featured as a Regan in The Hatred in 2017. The same year, Davenport netted roles in three other projects, Bodysnathch, and Deadly Detention as well as in a TV movie The Bachelor Net Doors.

In 2018, the entertainer went on to appear in the commercially hit movie Little Woman, sharing the screen along with some famous Hollywood faces like Emma Watson, Saoirse Ronan, and Florence Pugh as well. The period drama silver-screen project written and directed by Greta Gerwig grossed around $218 million at the box office against its $40 million budget.

Additionally, Sarah gained further acclaim with the role of Cara in the TV series The Donors in 2019. Her last and latest on-screen project is Seven Days (2020).

Who is Sarah Davenport Boyfriend?

Sarah is in a secret relationship with her long-time boyfriend, Kevin Milligan for years now. Born in July 1992, her beau Kevin is a medical student and a cycling enthusiast.

Talking about their hush-hush love story, Sarah started posting photos along with her partner in the mid of 2010s. Back in March 2017, the actress shared a loving picture of themselves on the occasion of their anniversary.

However, in the following years, both of them remained tight-lipped about their love story. Currently, Sarah has kept her Instagram account private which makes it hard for us to know if Sarah and her partner are still together or not.

Net Worth Details of Sarah Davenport

The actress has earned a considerable amount of money from her acting career. As per estimation made by many reliable online sources, Sarah’s net worth is $1 million.

Some Other Quick Facts about Sarah Davenport