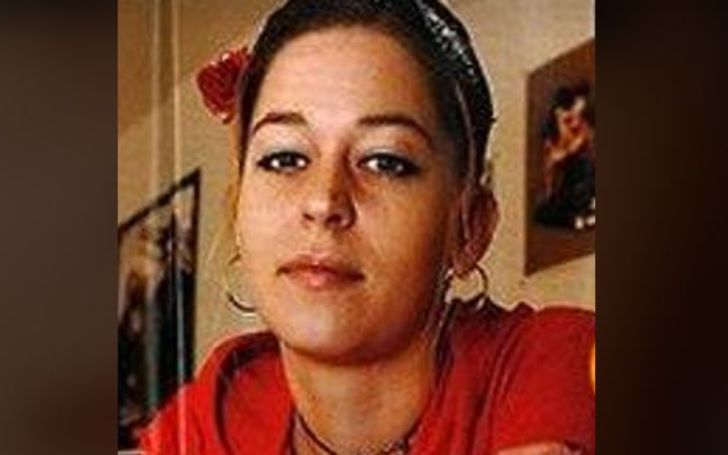 Sarah Mathers is the Grammy-winning rapper, Eminem’s half-sister from his father, Marshall Bruce Mathers Jr. The Kamikaze singer fans may know his custom of rapping about his family. The list includes his mother, Debbie at the top after which he has rhymed about his other family member with almost equal frequency.

One that gets mentioned far less often is Slim Shady’s half-sister, Sarah Mathers. So read about her in the headings below; see what the weeklies have said with respect to Eminem’s never so discussed sister, Sarah.

Sarah Mathers Is The Half-Sister Of Eminem; When Did She Know The Truth?

Back in the late 2000s, some article surfaced claiming Em’s half-sibling, Sarah was trying to get in touch with her rapper half-brother. She first came out publicly addressing that Eminem was her half-brother in Feb 2005.

When talking to Contact Music, the hip hop star’s long-lost sister said she couldn’t believe it when she first discovered that she was related to the Stan singer.

Sarah apparently knew this when she was 23. She discovered this whilst attending a family barbecue. To Contact Music, Sarah told, she had known all her life she had another brother but never had she imagined it would be Eminem.

“But when my dad saw the resemblance between the two men (Eminem and half-brother Michael), he didn’t brush it off. He phoned his great-aunt Edna, who’d helped look after Dad’s oldest son before he split from his ex-wife, and she told him it was Marshall Mathers. Eminem was my brother,”

added the daughter of Mathers Jr.

Later it was reported that the Revival singer did meet his sister from another mother, but it never came out in the open how the meeting went.

What Does Sarah Do; Where Is She Now?

Perhaps the biggest brain teaser about Sarah Mathers is her current whereabouts. On one hand, her famous half-brother is quite up and running with the media and social sites albeit relatively fewer times. Yet conversely, Sarah’s appearances on such domains are yet to be laid bare. Other than the one time she showed up for an interview to reach out to her brother, Sarah hasn’t really done much in terms of public q and a.

Also Read: Did You Know Eminem Has An Adopted Daughter Whitney Scott Mathers

Did Eminem Ever Have A Sister Besides Sarah Mathers?

The Relapse singer apparently is the only child of Marshall Bruce Mathers Jr and Deborah Rae Debbie. However worth mentioning here is one of his songs, The Apple features lyrics with a related eater egg. In the song, the record producer reveals his mother, Debbie told him that she was pregnant with a “second egg,” after the Billboards Music winner’s birth.

Cause she said that I had a baby sister

Who fell out of the window, I was too young to remember

reads the lyrics of The Apple.

It however remains unclear to date if the Oscar-winning singer really had an unborn sibling. The Rock and Roll Hall Of Fame’s fans have theorized that this rumored lie from his mother might be the reason why the character, Lilly exists in the movie 8 Mile.

Sarah’s Parents; Who Is Her Mother?

While it is unknown who Sarah’s mother is, her father, Mathers Jr was around the age of 22 when he married the then 15 years old Debbie the would-be mother of Eminem.

Also, reportedly, it was after having Eminem with Debbie that Mathers Jr went on to have a relationship with Sarah’s mother.

She Has One More Brother

In addition to Eminem as her half-brother, Sarah apparently also has one more sibling, Michael, as mentioned earlier. After walking out on Eminem and his mother Debbie, Mathers Jr went on to start a family with another woman with whom he had two children. And one of them while yet to be affirmed, presumably is Sarah with the other being her sibling.

Though this brother of Sarah, too is a nobody among the general mass.

The MC Double M’s old man was 67 at the time of his death. While Mather Jr stayed away from Eminem for years, after the Missouri-born’s 2001 success, he tried to reach his son through a letter he published in a newspaper.

Mirror at the time reported Mather Jr tried to contact him with a statement that he was desperately trying to meet his son, the Not Afraid singer. He also said of having the wish to tell him that he loved him. He likewise had added how he wasn’t looking for his money but just wanted to talk to him.

Sarah’s half-brother, however, made it clear that he no longer had an intention to meet his father. Especially having been shunned by him for years.

Later the Berzerk singer developed a lifelong grudge against his father. He even rapped about never seeing him in person through many of his songs including My Name Is and Cleanin’ Out My Closet.’ It is also a mystery whether or not Eminem made peace with Mathers Jr before his death.

Does She Have A Good Relationship With Her Brother, Eminem?

Sarah’s not the only half sibling that Eminem has; the Detroit native also has one more sibling through his mother’s other relationship, Nathan Mathers whom Eminem has a very good relationship.

On the other hand, it is untold if the record producer retains the same feeling toward Sarah.

Was Sarah Mathers In 8 Mile?

Eminem’s 2002 movie, 8 mile does show the singer’s on-screen character, Jimmy B Rabbit Smith Jr having a sister, Lily played by actress Chloe Greenfield. In reality, however, no such sister of the American Music Awards winner apparently inspired him to become what he is today let alone his half-sister, Sarah.

The film in itself is semi-autobiographical. In the movie, nonetheless, Chloe’s Lily is the one who turns out to be a contributing factor in Eminem becoming one of the greatest rappers of all time. Lily in the film also helps the formerly M&M get through some difficult phases including helping him to cope with his mother’s death. This on-screen sister of the Infinite singer rather than the rendition of Sarah is more of a representative of Eminem’s actual daughter Hailie.

Much like B Rabbit’s close relationship with Lily, it is reported that Eminem too has an eerily same dynamic with his daughter, Hailie. Eminem’s 8 Mile apparently is a reflection of the Encore singer’s life one way or the other. The film is a loose adaptation of Eminem’s life, how he rose to prominence, and his struggles before that.