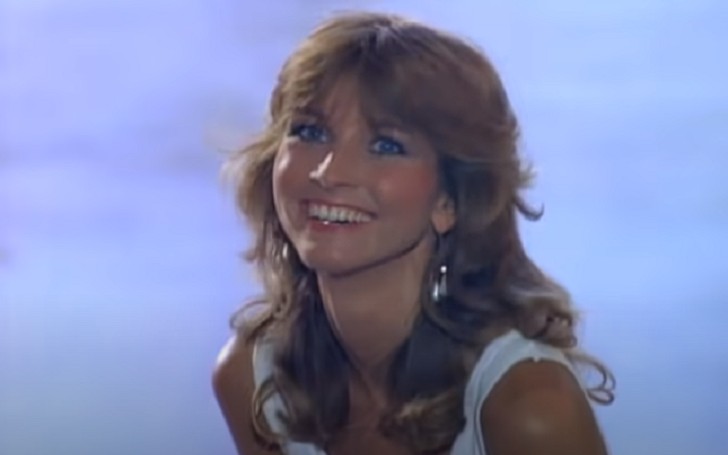 Sherrie Swafford is an esthetician and a yoga teacher who hit the media after began dating musician Steve Perry. Her former partner Perry is one of the legendary rockstars and a member of the lead singer of the rock band, Journey. For their romantic relationship, the former flames dated for years before they went their separate ways.

Although Sherrie and her ex-beau Perry parted ways years before, fans are still curious to know about their relationship. Meanwhile, Sherrie has kept most of her love life out of the media after her break-up with Steve. So, let’s explore who is Sherrie dating after her breakup with Steve? Has Swafford got married?

Well, there are a lot of questions to be answered about Swafford’s love life. So, let’s dive in deep and find out everything about the ex-girlfriend of Steve Perry.

How Old is Sherrie Swafford? Details on Her Parents and Childhood

Swafford was born in 1953. Her age is 68 as of early 2022. She is from Bakersfield, California, and spent most of her childhood days in her hometown of Bakersfield with her parents. She also has a younger sister. The family of four later moved to Driller Ave.

Meanwhile, when it comes to her nationality, Sherrie Swafford is an American and is a Caucasian as per her ethnicity.

What is Sherrie Swafford Up to These Days?

Swafford is an esthetician as per her profession. She also owns a Skin Care business in Bakersfield. In addition to her skin business, Steve Perry’s ex-partner is also a yoga instructor.

But, Sherrie has kept further information regarding her professional endeavors to herself.

Swafford began dating her rock star boyfriend back in the early 1980s. Although the couple didn’t talk much about their relationship to the media, the two were pretty much into each other.

Back in November 2011, the Journey lead singer told Tampa Bay Times about the strong bond they had shared at the time,

“Sherrie and I were crazy in love, I can tell you that. And it was a very tough time because the band was peaking. And if any woman out there thinks that it would be real exciting to be the girlfriend of somebody in a band like that and that it would be all peaches and cream.”

“The truth is that it’s hard to navigate a relationship when you’re in the midst of such a ride,” added Steve Perry.

Steve Perry Written a Hit ‘O Sherrie’ For His Girlfriend

While the two were leading a happy and delightful relationship, Steve decided to write a song, Oh Sherrie! dedicating to his then-girlfriend Sherrie. She played the title role in the music video. The song, which was released in 1984, went viral, becoming one of the most selling songs from the hit solo album Street Talk.

Here is the clip to watch the terrific chemistry between Steve and Sherrie,

Some reliable online sources reported that the couple dated for around five years before they split in the late 1980s. Although neither Sherrie nor her ex-boyfriend Steve ever talked about how their relationship dissolved, it was more likely that Steve’s hectic schedule and the pressure of Journey’s success and often touring demands.

Who is Sherrie Swafford Married to?

According to her interview with Marc Tyler Nobleman, an author of Noblemania, Sherrie opened up she isn’t married yet, nor does have any children. Although Swafford declined a full interview, she revealed a little bit about her personal and professional life. She said,

“MTV, VH1 [contacted me and] I did nothing and hoped they thought it was the wrong number! I am an esthetician, teach yoga, never married, no children.

In the same interview, the yoga teacher said that she is an animal lover and also loves to spend her spare time planting flowers. Swafford further added she also cherishes her privacy,

“Love my animals, planting flowers and life. Cherish my friends (including Steve) and my privacy. It was so different for us! It was just Love, nothing else.”

Like his ex-girlfriend Sherrie, Steve is an eternal bachelor. The artist was in a number of serious relationships throughout his life in the limelight but never got married.

Perry wrote in his lengthy blog post in June 2013 that he was crazy in love with Kellie Nash, the psychologist. The two came across through his friend, Patty Jenkins. Kellie was a breast cancer survivor and also told her then-beau that her disease might be back. Unfortunately, after dating for one and a half years, Nash was again diagnosed with cancer which eventually took her life in Dec 2012.

The renowned musician, Steve Perry has battled some health issues over the years. Back in 1998, the singer underwent a successful hip replacement surgery. Besides that, Perry had suffered a substantial amount of arthritis. “I live on anti-inflammatories,” said Perry addressing his arthritis problems.

Meanwhile, in May 2013, the singer underwent two surgeries to get a mole removed. As reported, the mole turned out to be melanoma.

What is Sherrie Swafford Net Worth?

Her net worth is $200,000 in 2022. She mostly makes money from her works as a yoga guru and esthetician. On the other hand, her ex-beau Steve has an estimated net worth of $60 million. The greatest musician has earned the majority portion of his wealth from his prolific music career.

Sherrie doesn’t indulge in being on social media handles as we have yet to find a single account that belongs to her. But, in the meantime, her former partner Steve has thousands of followers on his Instagram and Facebook.