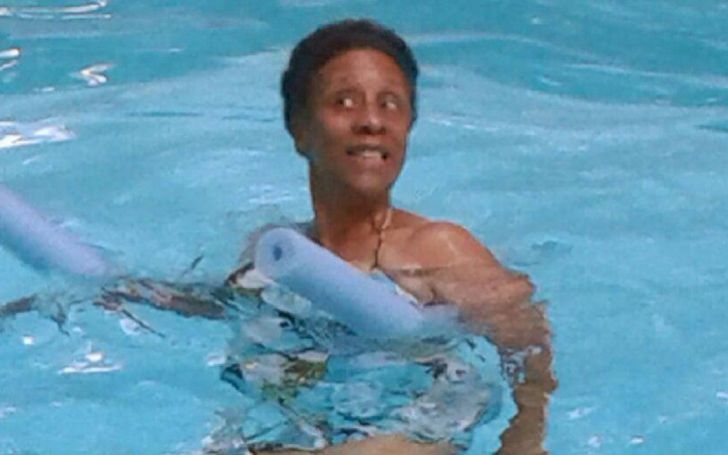 Sherry Dyson rose to stardom as the ex-wife of the elite writer, Chris Gardner. Her ex-husband has already tried his hands in several fields such as business, stockbroker, and more. Although Sherry couldn’t make a big name in the media, the celebrity spouse has built a highly successful path in her own respective field. She is a former educational expert by profession.

Besides, talking about their short-lived marriage, the two married in the late 1970s but it didn’t go for long. They separated after three years of their relationship. The former flames didn’t share any children but Sherry once went through a miscarriage.

In this article, we will also talk about Dyson’s parents and many interesting facts!

Dyson, who is four-year older than her husband Chris, was born in the around of 1950s, in Richmond, Virginia. Her father was a mortician who owned the A. D. Price Funeral Home. On the other hand, her mom was a high school teacher.

Sherry had grown up all her life in one home, a gracious colonial house on Hanes Avenue, Richmond, Virginia.

Talking about her nationality, Dyson is an American and belongs to the Afro-American ethnicity.

Dyson attended the University of Michigan and earned a Masters’s degree in Education. She also studied at Morgan State University.

What is Sherry Dyson Doing?

For the past several years, there are no updates regarding her latest endeavors. But, in the past, Sherry was a math teacher at college. She also tutored at Richmond Public Schools.

The former educational expert has also embarked on several charitable works. Back in December 2019, Dyson launched a fundraiser on Facebook on the occasion of Ciara Armstrong‘s birthday to donate to Stand Up To Cancer.

Sherry Dyson is the Ex-Wife of Chris Gardner: When did they meet?

The former flames first came across in the 1970s. Chris, four years younger than Sherry revealed in his biography The Pursuit of Happyness that the duo went to see a 1971 movie Summer of ’42. It is a perfect romantic movie about an affair between an older woman and a teenage boy.

Initially, Sherry and Chris both didn’t take things seriously but after some time it all into an undeniable romance. Although they lived in different cities, the lovebirds spent a lot of sleepless nights talking only on the phone to maintain their long-distance relationship. In the abovementioned book, Gardner even disclosed that his phone bill once came $900.

The couple dated for several years before they eventually decided to take their relationship to the next level. They exchanged their vows on June 18, 1977. Chris’ Navy buddy Leon Webb served as his best man in the wedding which was held at Dysons’ home, in Virginia. The special event was decorated with southern charm, rare artwork on the walls, and chandeliers throughout the two-story space.

Furthermore, the motivational speaker bought a wedding diamond ring for $900 on credit for his then-wife Sherry.

Although several online tabloids reported that Dyson and Chris shared a son, they never had a child throughout their marriage. In fact, Sherry was once pregnant with their first kid. But, unfortunately, Dyson had a miscarriage at the time. The tragic incident disappointed both of them.

In the meantime, Chris faced the need for more money and was doing his second job working as a security guard at night.

The couple went their separate ways after around three years of their marriage in 1980. It all happened when Gardner shared his plan to abandon his dreams of becoming a physician with his wife a few days before his 26th birthday. The decision soon put a strain on their relationship.

Besides, While Gardner was still in a relationship with Dysin, the author began an extra-marital affair with a dental student Jackie Medina. Only a few months into their relationship, Jackie became pregnant with his child. Chris subsequently left his wife and started living with his new partner Medina, preparing for fatherhood.

Shortly after their separation, Sherry moved to Oakland. The exes had only a little contact after that. And their divorce process took nine years to be legally finalized.

Sherry’s net worth is $500,000 as of 2021. In the meantime, her ex-spouse Chris who once struggled with homelessness has an estimated net worth of $70 million. The businessman gained wide attention after the release of a biographical drama movie The Pursuit of Happyness which was inspired by his eponymous title memoir. The project starred a Hollywood star Will Smith and his son Jaden Smith.