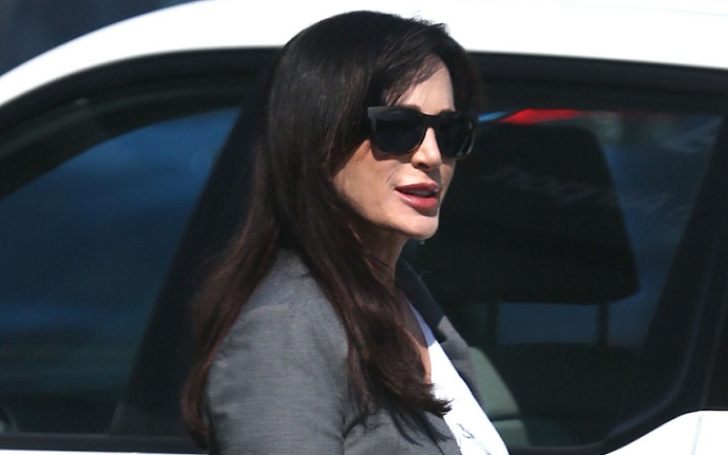 Sheryl Goddard is a famous ballerina instructor, & a choreographer who is most recognized as the wife of Alice Cooper. Her husband is a successful American rock musician, & actor known for his works like Trash, Welcome to My Nightmare, & others.

They are leading a blissful married life for over 44-year now and still going strong. How many children do they have together? Their daughter Calico Cooper is an actress too.

Let’s explore more about their enduring marriage and their death pact rumors. In the meantime, also know about Alice Cooper’s wife Sheryl’s family details and other interesting facts!

Who is Sheryl Goddard? Her Age and Early Life

Goddard is a dancer by profession but attracted huge media attention as a beloved wife of Alice Cooper. She was born on May 20, 1956, in Denver, the capital of Colorado. She is aged 65 years of age at present. Sheryl spent the majority of her early days in cities like New Haven, in Conn, and Pasadena, in California.

Who are Her Parents? Know About Her Sibling Too

Sheryl is the daughter of William Goddard, a pastor of First Baptist Church of Pasadena, and Beverly Goddard. Her mother was a schoolteacher and homemaker. On the other hand, her father-in-law Ether Moroni Furnier was also an Evangelist in The Church of Jesus Christ.

Goddard has a sister named Shauna who is a professional dancer. Both Goddard siblings were raised in a highly devoted Christian family.

Sheryl studied at Robert Joffrey of Joffrey Ballet, Chicago on scholarship. She later went on to study at Dupree Dance Academy, Los Angeles. Following her graduation, she enrolled at Citrus College, Azusa, California.

What Does Alice Cooper’s Wife Sheryl Goddard Do?

Sheryl is a dancer by profession who started going to ballet lessons at the tender age of six. She danced and played characters at Disneyland during her teenage. She gained wide attention after performing in Alice Cooper’s global Welcome to My Nightmare tour. In the following years, the two also shared the stage together several times.

Is a passionate philanthropist

Sheryl Cooper has been working for Solid Rock Teen Center, a non-profit group that was co-founded by her husband Alice. It aims to help teens from Arizona to make a career in the entertainment industry.

In 2003, Alice’s life partner founded Destiny Dance International, a 500-student school. She also served as an Artistic Director at the school. After four years, Goddard closed it and began weekly class at a private studio in Scottsdale. She also took two weekly classes at Camelback Bible Church, Paradise Valley.

Moreover, Sheryl used to teach a Friday class called Dance It Off at Camelback Bible Church which was founded by her best friend Lisa Savale‘s husband Chuck.

How Did Sheryl Goddard and Husband Alice Cooper First Meet?

The couple first came across when Sheryl gave auditions for Cooper’s global Welcome to My Nightmare tour in the year 1975. Alice Cooper’s wife, who trained as a ballerina didn’t know anything about rock and roll at the time.

When a fellow student at Los Angeles Academy told her about the tour Goddard mocked saying,

The dancer later performed throughout the tour. Sheryl is also introduced to Alice in one night of that tour when all musicians and dancers get together in Alice’s hotel to have pizza. They planned to watch a horror movie that night. The duo slowly engaged in a conversation leading to a passionate kiss.

Their Longtime Marriage is Sailing Smoothly Since 1976

Sheryl and Alice dated for around a year before they exchanged their vows in 1976 and they are still married. Their wedding ceremony was held in Acapulco, Mexico. It was conducted by their two clergymen fathers.

The first few years of their marriage weren’t such good as Alice was struggling with alcohol. He was also placed into rehab facilities two times in 1976 and 1979. He quit it in 1983.

After his commitment to sobriety, their marriage also became full of joy, and are still together with no conflict. Goddard once told,

“I don’t think there is such a thing as a perfect marriage. But ours is probably one of the best I’ve ever seen.”

Furthermore, they never cheated on each other, probably the major reason behind their successful marriage. The rock star told to DailyMail,

“You know what, we have never cheated on each other. First of all, marry the girl you are in love with. That’s the important thing. Don’t just marry the girl that you love.”

They both are devoted Christian. One of Sheryl’s closest friends Lisa said that their strong religious faith has also kept them too close. She said,

“Alice and Sheryl are so committed to each other and to their kids. I think part of that is their faith.”

Story About Their “Death Pact”

Sheryl and her hubby Alice made a series of headlines after the rumors about their death pact swirled on the web back in June 2019. But, the singer himself cleared things up, saying to USA TODAY,

“We have a LIFE pact. We love life so much.”

Cooper also told they spend almost every moment together so if something happened to either of them it is hard to survive without each other.

So it is quite clear how much they are in love.

Their first child a daughter named Calico Cooper was born on May 19, 1981. She is an actress and singer. She appeared in shows like Hawaii: Five 0, The Mindy Project, and Henry Danger.

Besides, Calico is a director who landed her first directorial job on her band Beasto Blanco’s video THE SEEKER. She also served as a choreographer for her father’s theatrical stage show Brutal Planet.

Goddard and Cooper became parents for the second time when their son Dashiell Cooper was born in 1985. Like his father, Dash an Arizona State University graduate is a front-man of a rock band CO-OP. He also played in a band called Runaway Phoenix.

They welcomed their third child, a daughter named Sonora Cooper in 1992. She attended Arcadia High School. Sonora is a freelance makeup artist who also works as a hostess at a wine bar, Tarbell’s: The Tavern & The Wine Store.

How Much Is Sheryl Goddard’s Net Worth?

As a ballerina instructor, & choreographer Sherly has definitely made a decent sum of money. Talking of her net worth, she is estimated to have around $1 million as of 2022.

Well, what about her husband Alice Cooper’s net worth? Well, he is filthy rich with a net worth of around $50 million as of 2022.