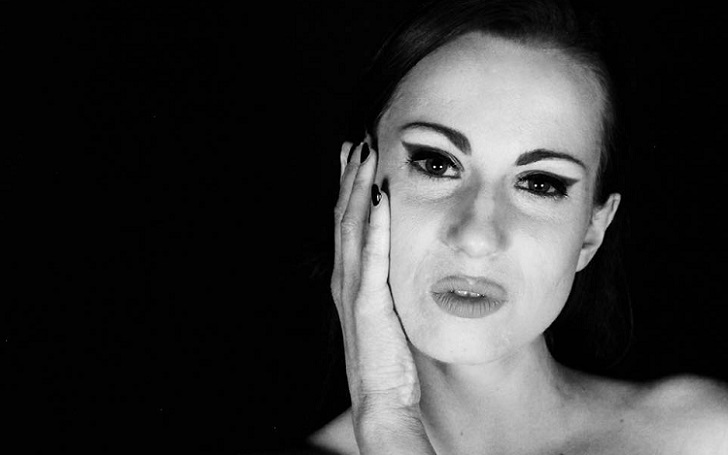 Sonora Cooper also aka Sonora Rose Cooper is a freelance makeup artist. She gained wide attention as the youngest daughter of Alice Cooper, the most successful singer, and actor. Her dad with an extensive career in the music world is considered “The Godfather of Shock Rock” by several journalists and peers.

Besides, also know what does her mom Sheryl Goddard do at present? She has two siblings; both of them are doing great in the entertainment business.

Moving towards her love life, Alice’s daughter Sonora is in a loving marital relationship with her audio engineer husband for a few years now. Do they have any children? Let’s take a closer at the article!

Who is Sonora Cooper? Details On Her Parents

Sonora Rose Cooper is the daughter of Alice Cooper and Sheryl Goddard. Her father started his music journey by performing at the local annual Cortez High School Letterman’s talent show at 16. The group gained an overwhelming response from the audience as well as became the winner of the talent show.

Following his mega success in music, the artist also has tried his hands in fields like acting. He appeared in movies that include Monster Dog, Metal: A Headbanger’s Journey, and more. His TV credits are The Mike Douglas Show, Today, and The Big Interview with Dan Rather as well.

He is also a golfing celebrity and a restaurateur.

Her Mother Sheryl is a Dancer

Sheryl Goddard began her dancing career at the age of six. She made a major breakthrough after performing in her then-future husband Alice Cooper’s global Welcome to My Nightmare tour in 1975.

Besides, Goddard founded Destiny Dance International, a 500-student school in 2003. She ran it for four years and then worked as a teacher at a private studio in Scottsdale and at Camelback Bible Church.

The star kid was born in 1992, in Phoenix, Arizona. She was raised in Phoenix along with her two older siblings; a sister Calico Cooper and a brother Dashiell Cooper.

Both of them are embarked on the entertainment business. Calico is a singer and actress. She was also a choreographer for her father’s theatrical stage show Brutal Planet.

On the other hand, her brother Dashiell who graduated from Arizona State University has been following in his father’s footsteps. He was a member of a band called Runaway Phoenix. He is currently the frontman of a rock band CO-OP.

As for her education, she attended Arcadia High School in Phoenix.

Sonora is a freelance makeup artist. She also has a Facebook page of her makeup store and frequently shares photos of her artistic work on her account.

Prior to her freelancing, Cooper serves as a hostess at a wine bar called Tarbell’s: The Tavern & The Wine Store.

Who is Sonora Cooper Married To? Take a Look at Her Wedding

The makeup artist tied the knot with her husband Diego Diaz, on 29 September 2018. Their wedding ceremony was held in Phoenix, Arizona. Katy Roxanne served as a matron of honor at the event. Other bridesmaids were Samantha Olea Reeks, Morgan Cooper, Mackenzie Erickson, and Kylie Prusak.

Moreover, Vincent McKay was the best man at their wedding and groomsmen include David Starkman, Jeremy Rotenberry, Mickey Zobel, and Austin McNeely.

The two are leading a happy married life forever.

They Are High School Sweethearts

Sonora was introduced to her future husband Diego during their high school. The couple already had a brief interaction in their freshman year but they didn’t really get to know each other until their sophomore year. Apparently, the then-14-year old Sonora had gotten back from Europe tour with her father.

The first day they talked to each other at her friend Vincent McKay’s house. Cooper told, “I felt an instant connection.” They subsequently began talking non-stop, on all platforms like myspace, text, and phone calls as well.

After school, they used to meet at Subway which was their usual meeting spot. Despite the attachment, the two remained close friends for months until Diego proposed to Cooper for the junior prom. They officially started dating in their senior year of high school.

Following their graduation, they made their move to Los Angeles to accomplish their dream goals. Sonora Rose wanted to be a certified makeup artist while her then-boyfriend Diaz wanted to be an audio engineer in a music studio.

They later returned to Phoenix and continued what they love, balancing their love life hand in hand. They were in a relationship for around eight years before they tied the knot in 2018.

Yes, Sonora and her spouse Diego are blessed with one child who was born in late 2020. However, the couple has kept every detail of their newly born baby to themselves. When she was five-month pregnant, she went to her father’s home at Alice’s suggestion in March 2020.

He was born in Guadalajara. He was partially raised in Hermosillo, which was her mother’s birthplace. Diaz attended CRAS-Conservatory of Recording Arts & Sciences.

Moving towards his current job, Diego is an audio engineer and a music producer.

Sonora’s net worth is $200,000. She has mainly collected her fortune from her work as a makeup artist. In the meantime, her singer father Cooper’s wealth stands at $50 million.