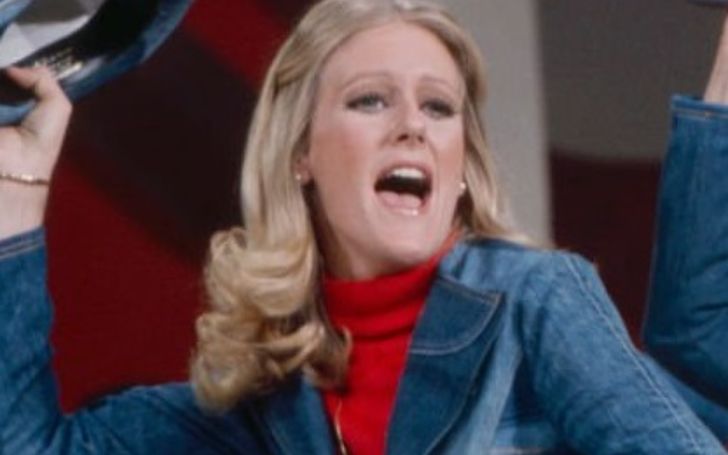 Stacy Van Dyke is an American celebrity child and actress popular as the daughter of Hollywood legend Dick Van Dyke and his late wife Margie Willett. Her father Dick is one of the most versatile entertainers with an extensive career that has spanned over seven decades in the industry.

Just like her father and her older siblings, Stacy also stepped into the acting world and has a few credits to her name. Sadly, for now, Stacy Van Dyke is living a life away from the media and the spotlight.

So, what is Stacy up to these days? Is the star kid still acting or pursuing a different career path? Did Stacy ever get married to anyone? Find out about her here in this article with us. Also, learn some unknown facts about her parent’s relationship.

Stacy Van Dyke Is The Youngest Amongst Her Four Siblings

The star kid was born to actor Dick Van Dyke and his wife of over three decades, Margie Willett. However, her exact birth date is not revealed yet.

Looking at her pictures, she seems to be in her early 60s. Likewise, Stacy has mixed (English, Dutch, Swiss-German, German, and Scottish) ancestry from her father’s side.

Apart from her famous father, Stacy has other famous people in her family as well. She is the youngest of her four siblings who are Christian Van Dyke, Barry Van Dyke, and Carrie Beth Van Dyke. All three of her older siblings are actors with Barry being the most successful of them.

Similarly, she is the niece of the Coach actor Jerry Van Dyke. Just like her father, her uncle also shot to fame in the early 1960s. He passed away at the age of 86 on 5th January 2018.

Stacy Van Dyke’s Shot In Acting World- Is She Still Working As An Actress?

The star kid undoubtedly took a shot in acting as she comes from a very artistic background. While most of us know about her father’s achievements and contributions to the film industry, her mother Margie was also an artistic person. Just not into acting kinda artistic.

Looking into her own career, Dick Van Dyke’s daughter Stacy Van Dyke made her debut as herself in the 1964 short documentary Hollywood goes to a World Premiere. She then appeared alongside her family in her father’s show The New Dick Van Dyke Show.

She then joined the cast of The Mike Douglas Show in 1979. Moreover, she also appeared in the crime drama series Diagnosis Murder alongside her father Dick Van Dyke, and her older brother Barry Van Dyke. The show was nominated for a Primetime Emmy Award, three Image Awards, and a Young Artist Award.

Moreover, Stacy reappeared alongside her father and her brother in the TV movie Diagnosis Murder: Town Without Pity as Carol Sloan. The movie came out in 2002 and was the final on-screen credit under her name.

After this, Dyke has not appeared in any films and television shows as of 2022. It seems like Dyke is taking a break from the industry and living a private life away from all the hassle of the media.

Stacy’s parents Dick and Margie first met in their teenage years while her mother was still in high school. During this time, her father was trying to break into Hollywood with his comedy and acting skills.

Moreover, Stacy Van Dyke’s mother Margie Willett was dating another guy while she fell in love with her then-future husband. The actor even talked about Margie and her then-boyfriend’s love story in one of his books titled My Lucky Life in and Out of Show Business.

“All through high school, she had dated a boy who was on both the football and wrestling teams. After she ditched him for me, he wanted to kill me.”

Moving on, Stacy Van Dyke’s parents went on to marry in ABC’s radio talk show called Bride and Groom after dating for only a month. The reason behind their on-air wedding was a lack of finances.

They got married on 12th February 1948 and in exchange for their wedding, the show’s producer sponsored their honeymoon in a nice place.

The former husband-wife was together for about 36 years before parting ways for good on 4th May 1984. During their marriage of over three decades, Willett and Dick shared four children, Christian Van Dyke b. 1950, Barry Van Dyke b. 1951, Carie Beth Van Dyke b. 1961, and Stacy Van Dyke.

As of 2022, Dyke’s father is happily living with his second wife, a makeup artist named Arlene Silver in their Malibu house. They first met each other back in 2006 and officially wed on 29 February 2012.

Whereas, her mother Margie Willett passed away in 2008 at the age of 81. She was diagnosed with pancreatic cancer in 2007 and lost her battle a year later.

After divorcing Margie, Dick was in a 35-year-long relationship with Michelle Triola. She is the same woman with whom Dyke had an affair during his marriage to the mother of his children.

Is Stacy Van Dyke Married? Does She Have A Family Of Her Own?

After bidding goodbyes with the showbiz industry, Stacy is living a life of mystery sharing very little about her personal life. As not much is known about her love life, her current relationship status is also under the radar.

Back in 2015, Stacy posted a picture alongside a guy from her teen days. In the picture, a commenter encouraged Stacy to look up to the guy and marry him.

To our surprise, Dyke replied saying marrying a man and settling down is not a good idea for her. This comment kind of hinted that Stacy is single and not married to anyone. Although it was from six years ago, some things don’t really change even after years and years.

What Is Her Current Net Worth?

As Stacy worked as an actress for a few years, she surely amassed a decent amount for her work. As per sources, her current net worth is around $1 million.

Unlike herself, her famous actor brother Barry is currently worth around $6 million. He earns his wealth from his acting career. Moreover, her father Dick Van Dyke has a huge net worth of $50 million as of late 2022.