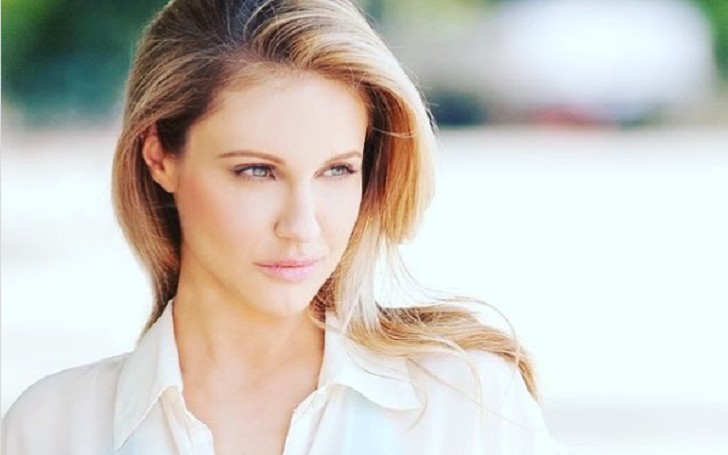 Sunshine Deia Tutt is the ex-wife of Chris Kattan, a former Saturday Night Live star. The couple dated for years before they tied the knot in 2008, but their marriage soon hit the rocks and they separated after around two months of their wedding. Let’s know, who is Sunshine dating at present?

As for her professional career, Deia is a model. She also runs the design studio called Sublime Interior Designs, LLC.

Who are Sunshine Deia Tutt Parents? Has a half-sibling from her mother’s relationship

Tutt is the daughter of Steven Tutt and Melissa van Holsbeke. Her parents are divorced now. Talking about her father Steven who was born and raised in Denver, Colorado is a veteran. He attended Gainesville High School and later graduated from the University of North Texas.

On the other hand, her mother Melissa is a Villa Maria High School, Brownsville graduate. She currently works at State and Federal. Tutt also has a half-sister named Raven Johnson from her mother’s relationship.

Besides, Sunshine was named after her maternal grandmother. And her paternal grandparents are Harold and Jean Tutt.

How old is Sunshine Deia Tutt? Her Other Details

As for her nationality, Tutt is an American and belongs to the Caucasian ethnicity.

Sunshine went to St. Joseph’s Academy. She later went on to study at the University of Texas at Austin and earned her Bachelor of Science in Business Administration from the college.

What is Sunshine Doing at present?

Tutt is a model who has worked for several well-known modeling agencies including Next Model Management. She also models for The Campbell Agency, a Dallas-based talent agency. It represents fashion and runway models and many other aspiring youngsters.

The actress and model also competed for the title of Miss FHM in 2006 but lost the title to Diana Chiafair.

Is the owner of Sublime Interior Designs

Prior to her acting and modeling career, Tutt is the owner of Sublime Interior Designs, LLC. The interior design studio based in Los Angeles and Dallas creates and designs a variety of projects that related to residential, hospitality, and more.

The couple exchanged their vows on 28th June 2008. They walked down the aisle just outside Yosemite National Park near Yosemite Valley, California. Her father was too happy after his daughter married the guy who is in the entertainment world. He said,

“She’s a celebrity in her own right, too, and I think they go real well together. She’s still doing a lot of modeling, even at age 31.”

According to The National Ledger, the actress and musician Parker Posey served as “best man” at their nuptials. Furthermore, the ceremony was attended by guests like Will Ferrell, Jimmy Fallon, Charlie Sheen, and Brooke Shields.

Their first meeting and Engagement

Sunshine came across her future husband Chris at a mutual friend’s birthday party in Los Angeles in the spring of 2005. For their first date, they went to the Coachella Music Festival.

Moving towards their engagement, Kattan proposed to his girlfriend at her grandparents’ home in Gainesville, Texas on Christmas Eve 2006. He popped the question with a ring that was hidden as a Christmas gift.

After two years of their engagement, the two got married but it did not last long.

Kattan who appeared on NBC’s Saturday Night Live filed for legal separation from his wife Sunshine just after fifty-nine days of their wedding on 10th August 2008. He filed a case in Los Angeles Superior Court. However, neither of them ever revealed how their relationship ended within such a short amount of time.

As per TMZ, the pair signed a prenuptial agreement and Sunshine received a low six-figure sum as a divorce settlement.

Does Sunshine Deia Tutt Have a Boyfriend?

According to her Facebook page, the model is in a relationship but has yet to reveal anything about her mysterious boyfriend. She has neither shared a single photo of her new beau.

Sunshine’s estimated wealth is $300,000 in 2020. She mainly makes money from her modeling career and own business. Tutt currently resides in Topanga, California.