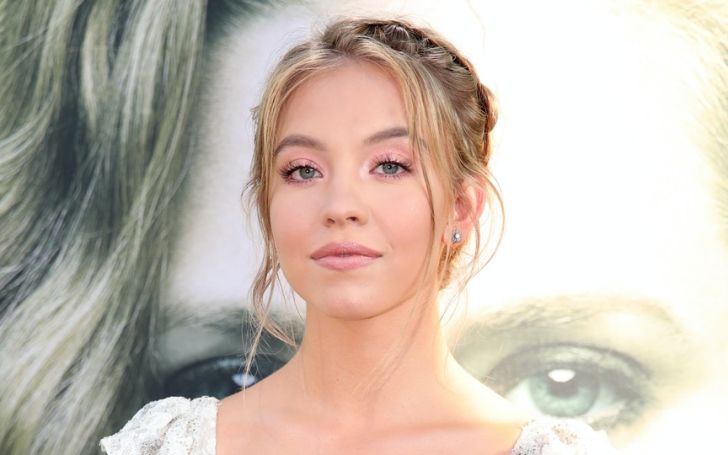 Up and coming actress Sydney Sweeney is infamous for keeping her dating life close to her chest. It is because of this reason various tabloids linked Sydney with many of her own co-stars.

To be honest, many of you have been wondering for a long time, who is she dating? Does she have a boyfriend? Well, it looks like she had a boyfriend a few years ago, however, are they still together?

Let’s try to find out about her current relationship status and past affairs.

Who is Sydney Sweeney Dating? Any secret Boyfriend?

To answer the question, as of yet, Sydney is dating a guy named Jonathan Davino. The actress was dating Jonathan for a few years but she kept it hidden from the fans up until late 2020. In November 2020, she was spotted with her beau while soaking up the sun at Maui, Hawaii. Sweeney was at the location shooting for her upcoming HBO series, The White Lotus, and her boyfriend had come to visit her.

The actress and her partner put on a lot of PDA. Paparazzi reported they couldn’t keep their hands off each other. Besides, this was one of those rare public appearances as a couple for the duo. Previously, they went to InStyle Magazine’s party in LA back in 2018. In addition, they were also spotted watching basketball games and in an award function as well.

Her boyfriend isn’t a big name in showbiz as he is too busy making money in the restaurant business. This might come as a big shocker to ya’ll that Davino is one of the heirs to the Pizza company, Pompei.

Sweeney first appeared with Jonathan in a Birthday Party

Rumors of a relationship between the 23-year-old Los Angeles resident and the businessman first started when they appeared together in a public event. Sweeney made her first public appearance with him back in October 2018.  They attended the InStyle and Kate Spade dinner at Spring Place in LA.

In addition, Sweeney attended his birthday party at the TAO Chicago Nightclub last year in September. According to the paparazzi, the pair packed in a lot of PDA at the event. They even danced together to the tune of Sam Feldt.

Sydney’s Cryptic Answers about her Dating rumor with Davino

It’s a rarity when Sydney talks vividly about her personal life, but last year in December, her interview with EliteDaily gave us many insights into her life.

The highlight of the interview was Sydney’s cryptic behavior whenever asked about a supposed boyfriend. The interviewer asked her about the favorite neighborhood she’d like to live in, of which, she answered Italy’s Amalfi Coast and Chicago.

Now many of you might not know this but Amalfi Coast is a place where generally couples go. Often called ‘Most Romantic Destinations on the Planet,‘ incidentally, Sydney happened to have visited the place in 2019.

But when the interviewer raised her eyebrows, she cryptically brushed her off and said,

“I was with a friend.” And no, it wasn’t an industry friend, according to Sydney. But now we know she really was with Jonathan.

On My Block star, Diego Tinoco once flirted with her on Instagram

Well, this might come out as a surprise for a lot of you, but Sydney once had a new admirer and that was none other than actor Diego Tinoco. What happened was, in one of her Instagram posts, the On My Block star added a flirty comment which fueled their “romance rumors.”

In the post, Sydney’s caption read, ‘Ur Girl Next Door‘ for which Diego remarked, ‘i need a new block,’ referencing his, On My Block TV series.

On the contrary, despite his smooth af line, fans are also skeptical about his intentions. Why? Maybe it is because of Diego’s flirtatious behavior and how he often engages in flirty banter with several other stars.

All things aside, Sydney is yet to comment back on his remarks, so only time will tell if it is just a friendly exchange between two friends or something else.

Untold Truth of Jonathan Davino, The Boyfriend of Sydney Sweeney