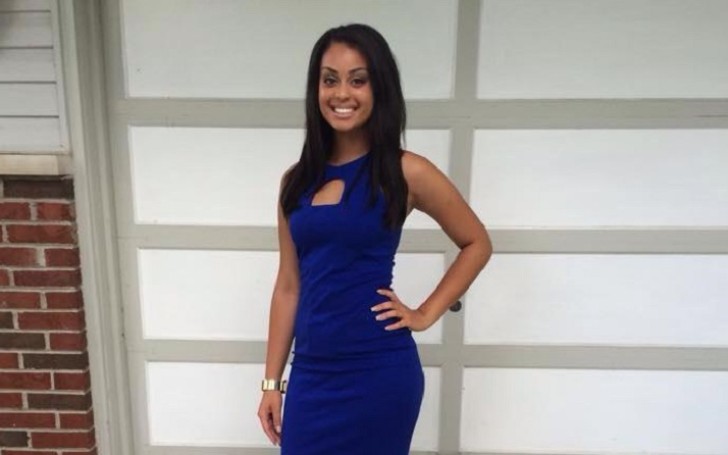 Toriah Lachell is a hairstylist by profession but came into the limelight for her romantic relationship with Jayson Tatum, a professional basketball player. Her former boyfriend Tatum now plays as a forward for Boston Celtics.

As for their love life, the former flames dated for a couple of years before parting ways. Besides, the couple even shares a son as well. After their breakup, many people are curious to know about Toriah Lachell’s dating life. So in this article today, let’s try to find out if she is dating someone or relishing a single life.

In addition, let’s go through Toriah’s family background and other interesting facts!

Where is Toriah Lachell From? Her Early Life and Education

Lachell is from St. Louis, a big city in Missouri. She was born in February 2000 and her age is 22 as of 2022. Talking about her childhood, Lachell grew up in her hometown of St. Louis.

She graduated from Chaminade College Preparatory School in Creve Coeur, Missouri and it was the place where Toriah came across her future boyfriend.

Besides, Lachell has mixed ethnical roots and holds American nationality.

Although the information regarding her biological father is a little bit unclear, Lachell shares a close relationship with her step-dad. They often share beautiful photos of themselves on their social media platforms.

Furthermore, Toriah has a half-brother named Morgan from her mother’s relationship with John.

Jayson Tatum’s ex-girlfriend Toriah, who attended the beauty school in Boston for a while is an accomplished hairstylist now. She is the owner of The Curl Bar Boston, a hair salon. It has an Instagram account with over 2k followers. She wrote on its Insta profile that The Curl Bar aims to empower “you to care for and embrace your hair.”

Moreover, Lachell is active on Instagram with the handle @hairbytoriahlachell  where she mentioned herself as a Curl Specialist. She predominantly promotes a variety of curly hairstyles on her Insta.

In the next section, let’s talk about her love life, especially her relationship with Tatum!

Is Toriah Lachell, Jayson Tatum’ wife? Her Relationship with Her Ex-Boyfriend Tatum

No, the couple never married so Toriah isn’t Jayson’s spouse. The couple first came across when both of them were studying at Chaminade College Preparatory School. Sources say, as soon as they came across each other, their eyes locked. The high school sweethearts officially began dating in August 2014.

A few months after they were in a relationship, Lachell’s then-future stepfather John started sharing photos of Lachell and her boyfriend Tatum on Facebook.

On 28th September of the year, on the occasion of Toriah’s senior homecoming day, John posted a couple of pictures of the new couple on Facebook. He captioned the post as,

“Very proud of my soon to be step daughter Toriah. She’s a great kid and very beautiful just like her Mommy… It’s her senior homecoming tonight.”

Lachell and Jayson have a son. Their baby boy, Jayson Junior was born in December 2017. The duo announced they were expecting their first child a few months before their child’s birth.

No matter how much love they shared, Jayson and Tatum’s relationship couldn’t last long and the two went their separate ways shortly after they welcomed a son. Online tabloids say, the basketball player then made a quick move on with Samie Amos, a former Duke volleyball player.

Besides, Lou Williams, a guard from the Los Angeles Clippers accused Tatum of cheating on Toriah. Back in 2015, Williams claimed that Jayson was in a relationship with two damsels at the same time when the basketball player was still dating Toriah. The girls with whom Jayson reportedly cheated on Toriah are Ashley Henderson and Rece Mitchell.

Following Toriah’s separation from her ex-boyfriend Tatum, the hairdresser has kept all of her personal details behind closed doors. She is yet to come forward with any kind of relationship.

Apparently, she looks more focused on taking care of her son and does not seems to be in hurry to get into a new relationship. Anyway, we hope, she revealed about her relationship once she finds a perfect partner.

Toriah Lachell’s net worth is $500,000 as of 2022. She mainly makes money from her profession as a curl hairstylist and other endeavors.

Toriah is very active on Insta. As of 2022, she has over 16.1k followers and she is often seen posting her works as a hairstylist on the platform. Other than Insta, she is not on any social media platforms like Twitter or Facebook.

She does drink alcohol occasionally.

She does not smoke at all.

What Is Her Nationality?

Toriah is an American and belongs to the African-American ethnicity.