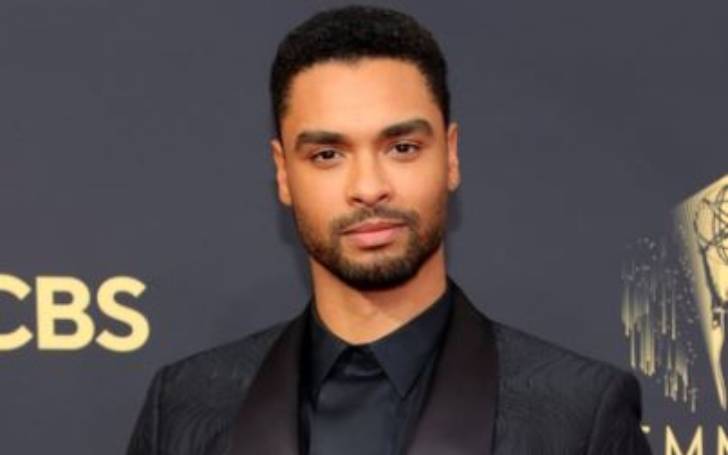 Tose Page is an English musician widely popular as one of the brothers of British actor Rege-Jean Page. His brother Rege is a successful actor primarily known for his role as Simon Basset in the 2020 romantic television series Bridgerton.

The Page brother formed a two-man band called Tunya writing and featuring in various bands since teenagers. As for now, Tose independently produces his own music. One of the major factors for his fame is his famous brother.

As most of us know almost everything about our Dutch of Hastings, today we will focus more on his musician brother Tose Page. Also, find out more about his earnings, career achievements, personal life, and more.

Rising star Tose Page was born to an English father and a Zimbabwean mother. His father was a preacher or an evangelist and his mother was a nurse by profession.

Page grew up alongside his three brothers among them is Regererai ‘Rege-Jean’ Page. He is English as per his nationality and has mixed ethnical ancestry.

Though not much is known about their childhood, Page’s parents raised their children globally and have relatives in all places including South Africa, Australia, Sweden, Grenada, Florida, and more.

During an interview with Interview Magazine, Rege-Jean said:

“Home is a relative concept, Home is very much wherever it is that your people are and where you fit in. I spent my whole life figuring out how to be different people.”

After his breakthrough as an actor in the entertainment world, Rege-Jean recalls how hard it was for him as a mixed-racial child. He said,

“It’s very hard to craft an identity in that environment as a young, mixed race man. I learned from the age of three that I was a walking political statement. Just by walking around with my face, I was saying, ‘My parents did a fairly revolutionary thing that pisses off some of you.'”

Tose Page Is A Musician By Profession

The not-so-famous Page brother is a part of a musical duo Tunya along with his other sibling Rege. The pair formed the band while they were still teenagers.

To date, the band brothers have written, produced, and featured in several bands. As per their band’s profile, the Page brothers currently produce music independently as well as in collaboration with others.

One of their most acclaimed work is ‘DON’T WAIT’ which they produced in collaboration with the award-winning choreographer and director Lanre Malaolu. The short film is about how to learn to grow beyond and cope with the imperfect legacy and enormous grief the world inevitably throws at us.

The short video was uploaded to Tunya’s Youtube channel and has over 392k total views as of August 2022.

The most famous Page sibling Rege made his breakthrough into the showbiz industry after landing the lead role of Simon Basset in the 2020 series Bridgerton. It is an American historical romance TV series which is based on Julia Quinn’s regency romance novel The Duke and I.

In the show, Rege starred opposite Phoebe Dynevor, Adjoa Andoh, Lorraine Ashbourne, Jonathan Bailey, Sabrina Bartlett, and others. His justice to the role earned him an NAACP Image Award for Outstanding Actor in a Drama Series.

Likewise, his other acting credits are They Gray Men, Sylvie’s Love, For the People, Waterloo Road, Mortal Engines, and others.

Moreover, he is set to play Xenk in an upcoming fantasy film Dungeons & Dragons: Honor Among Thieves. Similarly, he also has an unnamed role in Netflix’s upcoming heist film.

Is The Musician Dating A Girlfriend At The Moment?

As the rising star is not active on social media and rarely makes public appearances. Thus details of his personal life are quite a mystery. He is a private person and doesn’t share much about his life on the internet, unlike his actor brother who is dating a copywriter.

Yes, the 34-year-old Bridgeton star is currently dating copywriter and footballer player Emily Brown. The pair became associated in 2019 and sparked dating rumors in February 2021. Nevertheless, they made their relationship internet official only in September 2021.

The lovely couple tries to keep things as low as possible and make rare public appearances. And for those of you wondering about what Emily does, she is currently working as a copywriter for big brands like Converse, Uber, and Nike.

Moreover, she is also a part-time soccer player for Football Beyond Border. It is a charity organization that aims to reach and educate local youth through soccer.

Tose’s primary source of income is his career as a musician and producer. As per various online sources, his current net worth is estimated at around $500 thousand.

In a similar way, his brother Rege-Jean is reportedly worth around $1.5 million as of August 2022. He has been working as an actor since 2001 for over two decades.

Is Tose Page Active On Any Other Social Media?