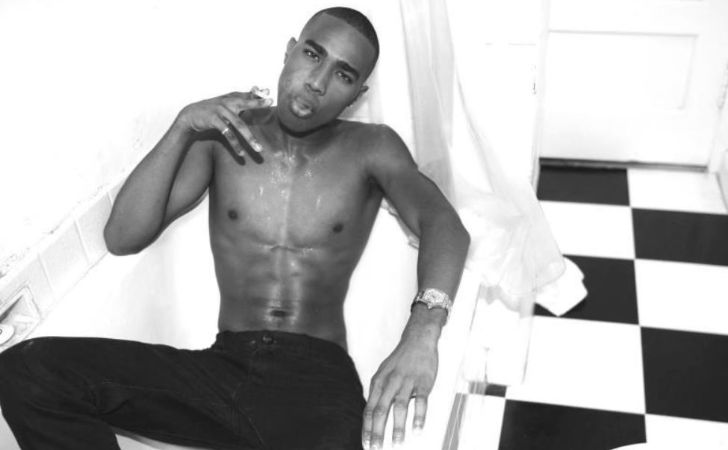 Veno Miller is arguably one of the most successful actors. He has appeared in numerous films, but his recognition comes not only as an actor but also as the son of Master P and the nephew of rapper Silkk The Shocker.

Besides, Veno is famous for his famous siblings with who he shares great relationships. Well, Veno has just started out in the acting world, he has already achieved decent success and fame as well. But what about his love life?

Well, here, we are going to discuss everything from Veno’s career, relationship with parents, and all other details.

Veno Miller Is The Son of Famous Parents

Not only this, but he is the nephew of Vyshonne Miller, aka. Silkk the Shocker, is a successful rapper with huge connections to underground gangsters.

Talking about his education, Veno studied at Calabasas High School in the class of 2010.

Veno Is a Model & Actor

As the son of popular parents, Veno leads a successful career in the entertainment world. He is a model and actor as well. As a model, he has been doing several projects in association with Ford Models, a modeling agency in Chicago. Needless to say, owing to his profession, he is pretty much in shape most of the time, which he flaunts on his socials.

Likewise, talking about his acting career, he made his debut as an actor in the 2008 Musical/Indie film Sunday School Musical. In the film, he played a Hawthorne Choir Member.

Similarly, from 2010 to 2013, Veno played a bassist in around 30 episodes of the TV series Victorious. Later in 2011, he played Donnie Dominoe in an episode of the TV series named LaLa Land.

Note: He also tried his luck as a rapper and even released an official music video named “More Than Friends.”

He Is Also Into Real Estate & Other Endeavor

Besides being an actor, Veno is a business person as well. In fact, he has his hands in several sectors apart from modeling and acting. As per his Linkedin profile, he is the owner of VVS World LLC.

Similarly, he is a licensed real estate agent and has been working in the field for years now. Apart from these, he also handles the publishing department at No Limit Forever Records, an American independent record label founded by his brother Romeo Miller.

Is Veno Miller Dating a Girlfriend?

As a professional model, Veno has an association with numerous ladies. In fact, he is even seen hanging out with beautiful girls every now and then. But it is quite hard to conclude whether he is dating a girlfriend at present.

Well, in one of his posts on his Facebook that dates back to 2013, Veno mentioned one as his girl. That at least proves that Veno had a girlfriend in the past. Unfortunately, he did not reveal the name of the girl.

Veno’s Siblings Are All Successful People

Not only Veno is a successful artist, but all his seven siblings, Romeo, Hercy, Mercy, Cymphonique, Inty, Italy, Young V, & Tytyana Miller are famous people. His eldest brother Romeo Miller is a successful rapper and an actor as well. He is also the CEO and founder of No Limit Forever Records, an American independent record label.

Similarly, his sister Cymphonique is also a recognized rapper, singer, and songwriter. While she has given some successful hits as a musician, she is also recognized for her work in Growing Up Hip Hop, a family reality show initiated by her father Master P. Further, she has also appeared in the Nickelodeon show How to Rock.

Similarly, his brother Hercy is a basketball player, and his other sisters Inty, Itali, and Tytyana are also models and actresses. He shares a great relationship with all his brothers and sisters.

His Parents Divorced Years Ago

Veno Miller’s father and mother Master P and Sonya C were married back in 1989. The couple remained in a marital relationship for around 24 years before Sonya filed for a divorce in 2013, citing irreconcilable differences. Their divorce was finalized in 2014.

Well, in a divorce settlement, Sonya reportedly received a sum of $16,574 in spousal support. Likewise, she also received $10,473 in child support for her four minor children. In total, Master P had to pay a total of $27,047 every month to Sonya.