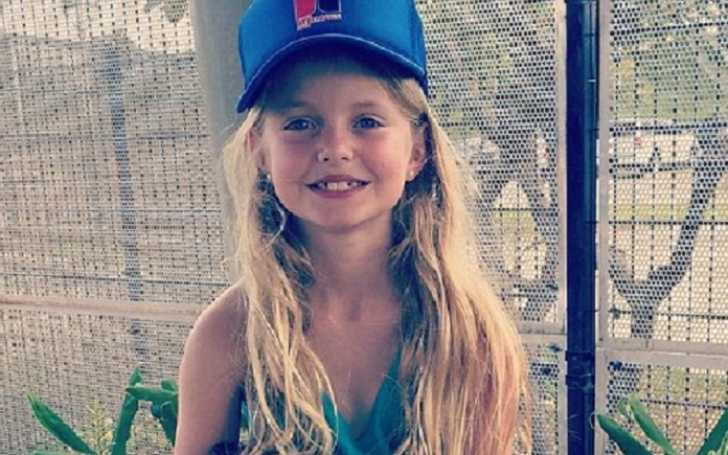 Zoe Grace Quaid is the twin daughter of the legendary actor, Dennis Quaid and Kimberly Buffington, an entrepreneur. Dennis, with a career spanning more than four decades in Hollywood, has become part of several iconic movies and TV shows. His most notable roles came in Breaking Away, Far from Heaven, and more.

Denis and Kimberly were heartbroken when both of their twins Zoe and Thomas developed an infection around their navel a few days after their birth. They were soon admitted to the hospital where they were mistakenly given 1,000 times the common dosage of a blood thinner when they were merely ten days. The overdose nearly took the lives of critically ill children.

As of now, the twins are fine and leading quite a healthy life. Here are a number of hidden facts about Dennis Quaid’s twin daughter.

In a statement, the couple told People, “God has definitely blessed us.”

The twins were conceived via a gestational carrier.

The two announced they were expecting their twins in May 2007. At the time, the Breaking Away star told People,

“We are both so thrilled and excited. This is something we’ve wanted for some time.”

What Happened to Dennis Quaid Twins?

Zoe and Thomas came home three days after their birth. But, shortly after their arrival, the twins developed an infection around their navel. They were quickly admitted to Cedars-Sinai Medical Center, one of the nation’s most prestigious hospitals.

The then-married couple wouldn’t want to leak the information but a source close to the hospital told about the error to the news media. They cited the reason behind keeping the news of babies being treated in the hospital private as they didn’t want to worry any of their family members and relatives.

The star kid is now leading quite a healthy life. Zoe spent most of her childhood with her twin bro Thomas in her hometown of Santa Monica. Both of them now go to school.

Back in March 2018, in an interview with People magazine, their actor father told that both of his twins are thriving. He told the tabloid,

“My favorite time is actually when I’m in the car taking them to school. During breakfast, getting them up, you really get to know them.”

He further added, “A lot of bonding goes on in the morning, talking about life.”

Quaid and Kimberly, a Texas real-estate agent exchanged their vows in July 2004. They organized their wedding ceremony at the actor’s ranch in Paradise Valley, Montana. Three years after their nuptials, the two also began a family together, welcoming twins via a surrogate in 2007.

Kimberly, who was Dennis Quaid’s third wife spent the next five years happily. However, things started becoming worse between the two by early of the year 2012. Afterward, Kimberly filed for divorce from her then-husband in March 2012. But, later on, the divorce papers were withdrawn by Buffington’s lawyer.

In the subsequent years, the couple went their separate ways twice but both times they were able to reconcile. Nevertheless, in June 2016, Quaid and Kimberly announced their separation for the fourth time. And, this time there was no chance of reunion.

As of now, Quaid is married to Laura Savoie.

Zoe Grace Quaid has a Half Brother

The 15 years old girl has an older half-brother, Jack Quaid who shares a strong bond with both of his half-twin siblings. He was born on April 24, 1992, to Quaid and his second wife Meg Ryan.

Like his parents, Jack has also a prolific career in the acting field. Making a film debut with a role in The Hunger Games in 2012, the actor has since worked in dozens of hit movies and TV shows.

Her Lifestyle as a Celebrity Child

Zoe, who belongs to the wealthy family of her actor father Dennis has a decent lifestyle. Besides, her richest father has an estimated net worth of $30 million. Needless to mention, Dennis has mostly made his fortune from his extensive acting career.