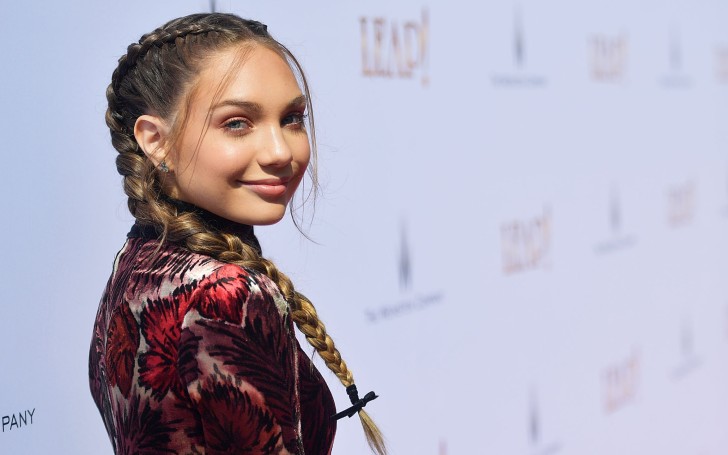 Dance Moms star Maddie Ziegler has dated a few celebrities in the past but all of them were just short-term flings. This time around, the star is in a strong relationship.

Well, with all the rumors of Maddie Ziegler’s boyfriend becoming a subject, we are here to find out who she is actually dating in 2020.

As rumors have it, the lucky guy could be the musical artist Eddie Benjamin. So is it true? Let’s find out!

Maddie is currently dating her boyfriend Eddie Benjamin. The couple has been dating since 2019. Though the American dancer has had a few strings of short-term affairs, her current relationship is as strong as ever.

Talking about their relationship, both Maddie and Eddie are smitten by one another, as if they are falling in love with each other day and day. The way they flaunt their romance all over social media says it all about their bonding.

What’s more, Maddie and Eddie even live together and if reports are to be believed, they spend most of their time at the singer Sia’s place.

Guess, the social distancing hasn’t really affected the adorable couple. What’s more, they even shared a picture whilst chilling in a swimming pool.

Besides, just like Maddie, her younger sister Kenzie is currently in a relationship with Isaak Presley.

Just like herself, Maddie’s boyfriend is an artist, as the Australian native, is a rapper. Till now, he has only one song credit titled, F**k my Friends. He released the debut single in April 2020.

Before hitting it big, he used to sing at local clubs in Sydney. He became a big name in the Australian music industry after he became a member of the band, Haze Trio.

How and When did Maddie and Eddie First Meet?

Well, there isn’t a perfect scenario regarding how the meant-to-be couple came across each other but we can trace it back to June of 2019. It was around the same time when Maddie and Eddie collaborated and made the song, Lullaby, which Sia posted later on.

Check out the joint project by Maddie and Eddie!

Although the 32-second song was just a comedic collab for the two, it still brought them closer. You can hear the song and find out what we’re talking about. Nevertheless, the pair will definitely collaborate for some real music in the future.

We live in that day and age where everything around us is being monitored, subsequently giving rise to a lot of hate. Among the main victims are teenage celebrities who are constantly bombarded by terrible remarks.

Similarly, when Maddie shared a picture with her sweetheart on Instagram, many people claimed the picture was highly inappropriate. Let’s first take a look at the photo and see for ourselves.

Haters gonna hate, no matter what but if we’re being honest, there is nothing wrong with the picture, isn’t it?

Along came Maddie’s mom, Melissa Gisoni to the rescue who ridiculed all the inappropriate claims and said “Such a beautiful picture!”.

Besides, the two have always been very out and about their relationship. They are often spotted publicly together. Back in December 2019, they were spotted together shopping Beverly Hills.

Maddie Ziegler Had Multiple Boyfriends in the Past

Before hitting it off with her current beau, Maddie dated a few celebs in the past. Her first affair came with Kenneth San Jose.

The pair first met in 2016, on the set of Dance Moms. At the time, their relationship as just friends had many fans in doubt. Unfortunately, to their fan’s dismay, neither of them ever confirmed or denied their affair to the fandom.

The 17-year-old’s first confirmed relationship made headlines in 2017 when she announced her lovey-dovey with Jack Kelly, an Instagram personality. Though the pair met in 2011, it wasn’t until January 2017 that they started seeing each other.

Sadly, after being in a relationship for a year, they broke up in 2018. Sources suggest their romance ended due to the long distance.

Her most recent affair was with Stevie Wonder‘s son, Kailand Morris. The lovebirds confessed their love in October 2018.

They met on the set of Dancing with the Stars: Junior while both of their siblings Mackenzie Ziegler and Mandla Morris performed on the show.