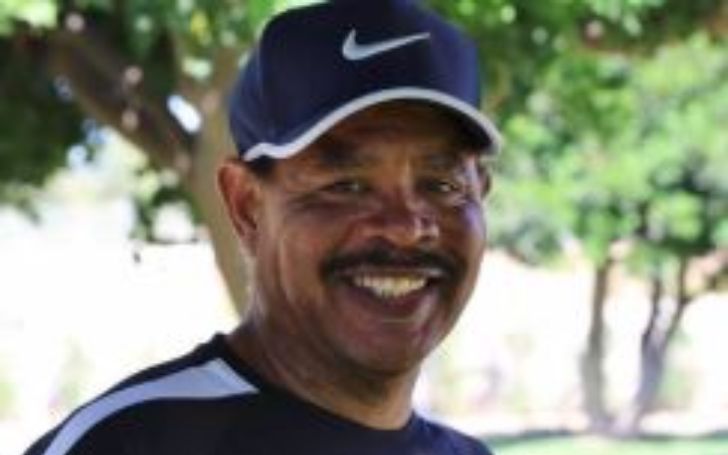 Raymond Craig Turner was an American real estate agent who tragically passed away at the age of 59. He was the oldest son of Queen of Rock ‘n’ Roll Tina Turner and Kings of Rhythm saxophonist Raymond Hill. He was working at Rodeo Realty at the time of his death.

Craig was born to Tina when she was a senior in high school and just 18 at that time. He was later adopted by Ike Turner and his name was changed to Craig Raymond Turner. He grew up alongside his half-siblings Ronald Renelle Turner, Ike Turner Jr., and Michael Turner.

Sadly in 2018, Raymond was found dead at his Studio City apartment at the age of 59. As per official reports, the reason for his death was a self-inflicted gunshot wound. Today, we will look back on his childhood, family, career, and more. Also, we will find out if Raymond Craig Turner ever married a wife. Find out here.

Raymond Craig Turner Was Born In 1958

The late celebrity kid was born Raymond Craig on 2oth Aug 1958 in Missouri, the USA. He would have turned 64 years old in 2022 if he hadn’t died in 2018. Turner was the oldest child of singer and actress Tina Turner and her then-lover Raymond Hill.

As per his mother, Craig was a very emotional child and often looked out for his mother. He finished high school in 1976, the same year his mother left his adoptive father Ike.

If you know who Tina and Ike are, then you surely know about their tumultuous relationship. The former couple crossed paths in 1957 at the Manhattan Club in East St. Louis. Initially, their bond started as a ‘brother and sister from another lifetime’.

However, after a while, the pair became romantically involved and moved in together. Ike and Tina welcomed their son Ronnie Turner in October 1960. Likewise, they got married two years later in 1962 in Tijuana.

The family of six moved to the View Park area after Ike purchased a house for them. While everyone thought that the singer had a perfect life, Ike was something else. He was abusive to his wife and reportedly hit her at home.

The abuse and violence she went through throughout her marriage were revealed years later in I Tina, a book by Kurt Loder based on the life of Tina.

Craig & His Siblings Grew Up In A Violent Environment

As mentioned above, Ike was abusive to his wife and had created a very violent environment at home. He reportedly hit Tina at home even though his four children were there.

As per Tina’s interview with Oprah, the children use to see her black eyes every now and then. She said,

“They saw the black eyes. Ike’s children never reacted, but my oldest son, Craig, was a very emotional kid. He’d always look down in sadness.”

“One day when Ike was fighting me, Craig knocked on the door and said, “Mother, are you all right?”

When Turner decided to leave her abusive husband, Craid had already graduated high school and Ronnie was still in school.

After years and years of abuse from her husband, Raymond’s mom Tina attempted to end her life by overdosing on Valium pills in the year 1968.

She opened up about her huge step in her autobiography saying,

“It was my relationship with Ike that made me most unhappy. At first, I had really been in love with him. Look what he’d done for me. But he was totally unpredictable.”

However, she stayed with her abuser for the next eight years before she finally left him. Moreover, Ike was later on diagnosed with bipolar disorder and schizophrenia.

What Did Raymond Craig Turner Do For A Living?

Raymond was working as a real estate agent at the time of his death in 2018. As per Tina Turner herself, he had landed a new job with Rodeo Realty, a real estate company based in California’s San Fernando Valley.

According to a now-deleted online profile, he was called an “extremely dedicated to pleasing clients and accomplishing all your real estate needs” type of agent. Also, he was a member of The National Organization of Realtors: The California Association of Realtors.

Besides this, details of his previous jobs and work details are not revealed to the public.

How Did Raymond Craig Turner Die?

On 3rd July 2018, Craig was found dead at his California Studio City home. As per the Los Angeles County coroner’s office, he died from a self-inflicted gunshot wound at the age of 59.

During this time, Tine was away at Haute Couture Paris Fashion Week. After the funeral, Raymond was cremated and his ashes were scattered off the California coast by his mother.

A few weeks after his untimely death, Tina shared a tweet with a picture of her on a boat. She captioned the picture,

“My saddest moment as a mother. On Thursday, July 19, 2018, I said my final goodbye to my son, Craig Raymond Turner, when I gathered with family and friends to scatter his ashes off the coast of California. He was fifty-nine when he died so tragically, but he will always be my baby”

Though Raymond had already died, his mother only revealed his death a year later. During an interview with BBC, Tina talks about her son’s tragic end saying,

“I still don’t know what took him to the edge because at that stage he had said to me that he had never met a woman that he felt that way about.”

Similarly, a year later, the mother of four opened up about Craig’s death with People saying he is in a good place. She said,

“I think Craig was lonely, that’s what I think really got him more than anything else,”

“I have pictures all around of him smiling, and I think I’m sensing that he’s in a good place. I really do.”

Was Raymond Married To A Wife?

As per Tina’s statement in 2018, Turner was seeing someone but her identity was never revealed.

The grieving mother had confirmed the dating news during her interview where she said,

“He had said to me that he had never met a woman that he felt that way about. He was bringing her to meet me for his birthday in August.”

Besides, Raymond Craig was never officially married to a wife.