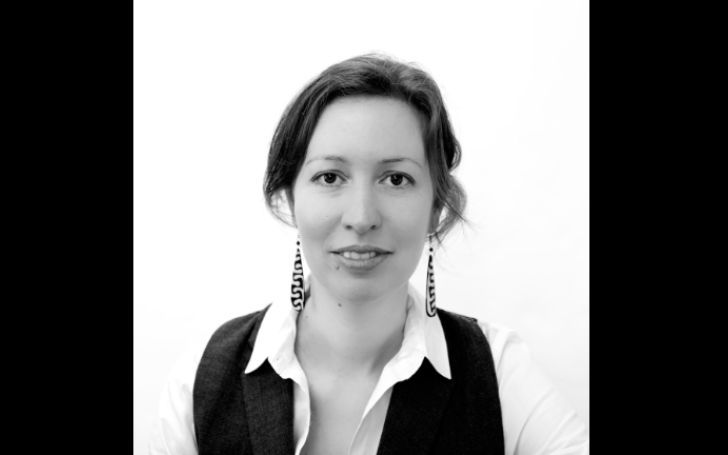 Porter McConnell is the daughter of the famous American politician, Mitch McConnell. She is the youngest daughter of McConnell and his former wife, Sherrill Redmon. However, this 43-year-old daughter of a senator has an identity of her own too. Porter is a known philanthropist and activist who has also worked as an advocate.

Today, she even works as a campaign director for one of the renowned non-profit organizations in the country – Take on Wall Street. Don’t worry, we will talk more about this later and know all about Porter’s successful career.

Therefore, in this article, we will dive deep into the life of Porter McConnell. So, who is she? How is the relationship between her and her father, Mitch McConnell? Is she married or dating a boyfriend? We will know the answers soon. So, let’s get started!

After 12 years of marriage, Porter’s parents divorced each other in 1980, a year after her birth. This couldn’t have been easy for the little girl and her two sisters who were also kids at the time. As well as that, we know very little about who actually raised Porter and her sisters after the divorce.

13 years after the divorce, when Porter was 14 years old, her father, Mitch McConnell married Elaine Chao. He is still married to her today after almost 29 years.

However, the familial instability earlier in her life does not seem to have affected Porter much. After graduating high school, this activist did her BA from Williams College and her Master’s in Public Policy from the University of Michigan. She indeed grew up to be a very smart woman.

Porter McConnell Does Not Have Very Good Relationship With Her Father

According to the New Yorker, Mitch McConnell does not really have the support of all 3 of his daughters, especially, Porter. So, why is that?

Take on Wall Street, where Porter McConnell works, targets the predacious economic power of wealthy billionaires. Their not-so-recent target was the CEO of the Blackstone Group, Stephen Schwarzman, who, since 2016, has donated nearly $30 million to campaigns and Political Action Committees aligned with Mitch. Blackstone Group’s campaign donations were argued to cast a pall on candidates’ ethics.

In addition to this, Mitch McConnell’s youngest daughter has also publically criticized his confirmation of Justice Kavanaugh. Porter’s tweets confirm that she is against Kavanaugh; she believes he is a misogynist and has accused his supporters of misogyny as well.

Mitch McConnell’s Daughter is an Activist and Advocate

Porter McConnell started her career as a legislative aide for a State Senator in Massachusetts. Along with this, she worked as a program analyst for a small foundation whose focus was to give grants in education policy and climate change.

She has even worked internationally; Porter spent some time in Bogota, Colombia building networks of Lain American NGOs to help implement social enterprise activities. In addition, this talented activist has even worked for Oxfam American and the ONE Campaign.

After moving to Washington DC, from 2013 to 2017, McConnell’s daughter ran the Financial Transparency Coalition. It is a global network of government and other experts focusing to eradicate unlawful capital flows out of developing countries. Porter’s 4 years in this organization included some major works. One of them was her response to the release of the Panama Papers.

On top of all this, she has provided analysis for media outlets like NPR, The Guardian, Reuters, AlertNet, Daily Nation Kenya, Voice of America, and so on.

Today, Porter is famous for serving as the campaign director for Take on Wall Street. This is a non-profit organization, founded in 2016, working to create financial systems that benefit working people of all races. She is sincere in this position and has been working tirelessly to take down the predatory economic power.

Porter Is a Married Woman: Who Is Her Husband?

This successful social activist is married to her spouse Thomas Flores. Porter’s husband is an associate professor and an author. The duo had a pretty intimate wedding as very little about their big day has made to the media.

Little is known about their love life or children, but many sources confirm that the couple lives in Washington DC today. They must have a beautiful and happy life together.

Is Porter McConnell as Rich as Her Father? Her Net Worth

We exactly do not know if Porter is as rich as her politician father. Her net worth or income is not clearly given anywhere on the Internet as well. However, we do believe that she has a pretty fulfilling lifestyle. Her collaboration with many NGOs/INGOs, work as an analyst and activist, and her recent post at Take on Wall Street must provide Porter with enough fame and fortune.

On the other hand, her father, Mitch McConnell, a politician, has a huge net worth of $150 million dollars. This multi-millionaire from Kentucky lives away from his daughters with his current wife, Elaine Chao.