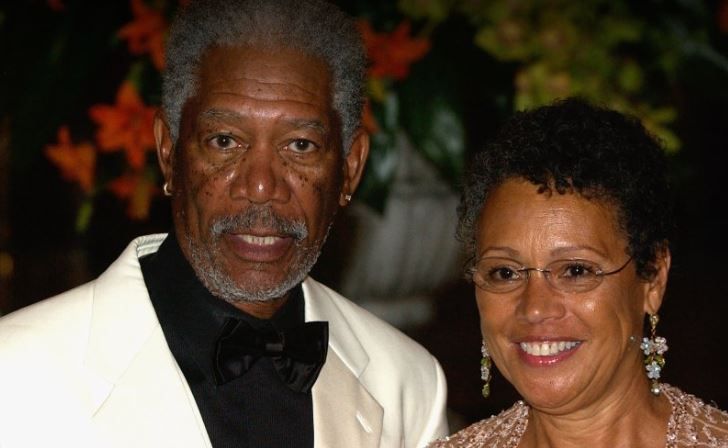 Myrna Colley-Lee is a theater costume designer, philanthropist, and arts patron, most famous as the ex-wife of the Shawshank Redemption actor, Morgan Freeman. As a designer, many exhibitions across the country have featured her renderings, collages, and costumes. Some famous such art houses are the Marion Koogler McNay Art Museum’s Tobin Collection of Theater Arts and several museums in Mississippi.

She was also a designer during the Black Movement in the 60s. And people still regard her as one of the foremost costume designers in the Black Theater Movement. She is also the recipient of several accolades and is also an avid art collector.

Talking of Myrna married to Freeman, they had been together for more than two decades and when they separated in the late 2000s people found it rightly surprising. Learn why she and Freeman divorced, in addition to her own life as a whole; read about her early life, career, her present undertakings, & further.

Myrna Colley Is A Native Of Hamlet, North Carolina

The ex-wife of Morgan Freeman, Myrna Colley-Lee is a native of Hamlet, North Carolina who was born in Feb 1941.

She additionally studied scene painting and properties at Brooklyn College, New York. Then in the early ’80s, Freeman’s ex received her MFA in scenic and costume design from Temple University, Philadelphia, Penn.

How Did Myrna Colley-Lee And Ex-Husband Morgan Freeman Meet Each Other?

The veteran costume designer, Myrna Colley-Lee, and the Academy winner, Morgan Freeman met each other through a mutual friend.

They married in mid-June 1984. In the latter years of their marriage, Colley-Lee and the Driving Miss Daisy actor were residing near Tallahatchie County in Northern Mississippi.

Freeman and his former wife, Colley-Lee separated in Dec 2007 after 26 years of togetherness. The news of their breakup hit the media amidst Freeman’s Aug 2008 car accident in Mississippi.

The filings took place in July 2008. The Unforgiven actor Freeman and his ex-wife, Colley-Lee finalized their divorce in 2010 in Mississippi.

After the proceedings were over, Freeman’s attorney said the separation was done without a trial and added that everyone was happy the paperwork was over.

While neither Freeman nor Myrna ever revealed why they decided to end their union, speculations suggest it was because of the former’s infidelity issues. Rumors have it, that Freeman cheated on Colley-Lee with one of his ex-wife’s friends.

Morgan’s rumored affair outside his marriage has always been one of the reasons for his and Colley-Lee’s fallout. Allegedly Myrna also claimed Morgan had been having an affair with his step-granddaughter E’Dena Hines.

The Dark Knight actor, however, denied the allegations. As per the then-sources, Freeman reportedly could have lost around $100million in the divorce battle.

Does Colley-Lee Have Children?

She and the Glory actor reportedly adopted Morgana Freeman and E’dena Hines. The latter was Freeman’s step-granddaughter while Morgana is Freeman’s daughter from his first wife, Jeanette Adair Bradshaw.

How Much Did Colley-Lee Receive From Morgan Freeman’s Net Worth In The Divorce Settlement?

Assertions vary from source to source on how much did Colley-Lee exactly procure after divorcing the Bruce Almighty actor. The figures start from hundreds of millions of dollars to as high as $400 million. Though the latter seems a bit uncompelling since Freeman’s lifetime estimates net worth has never been reported of reaching that reckonings.

However, the majority of journals do go along with the belief that Myrna received quite heavily in a divorce settlement with the generality reporting no less than $100 million or so. Worth mentioning; Colley-Lee’s ex-husband is still one of the richest Hollywood identities and has an estimated net worth of over $250 million.

Who Is Myrna Colley-Lee Married To Now?

While Morgan is reportedly in a relationship with film producer, Lori McCreary, it is difficult to tell apart what exactly is going on in Freeman’s ex-wife, Colley-Lee’s life, especially on the personal front.

Contrary to Morgan and his partner, McCreary who jointly appear on almost every red carpet, event, and public gathering, Myrna’s likewise ABCs has always been a big question mark, mainly after her divorce from the Wanted actor.

The art patron Colley-Lee had a close bond with her ex-husband’s step-granddaughter, E’dena Hines who though died tragically in the mid-2010s.

E’dena passed away on Aug 16, 2015, after her boyfriend, Lamar Davenport stabbed her multiple times, allegedly more than 25 times. He apparently was under the influence of drugs.

Colley-Lee apparently was at Hines’ apartment in New York hours after her death.

Myrna Colley-Lee Has Been A Costume Designer Since Young

Colley-Lee started to work as a costume designer from a young age; in the early phase of her career, she designed for the film, It Is Weird. As an amateur, Colley-Lee also designed for the play, Long Day’s Journey into The Night.

Her costume design has also been in the productions Relativity at the Black Rep, St. Louis, Mo., The Piano Lesson, and Forest City at the Cleveland Playhouse, Ohio.

Myrna further was a designer for August Wilson’s play, Radio Golf at the Public Theater in Pittsburg, Pennsylvania.

Colley-Lee Is Also Into Philanthropy

In 2017, she helped organize an art gallery that focused on Afro-American Life at the Columbus Museum in Georgia. Colley-Lee is also the founder of SonEdna, a non-profit organization that she founded in the year 2006.

The organization promotes and celebrates literary arts and writers of all genres and settings.

Her Awards And Achievements

Over the years, Freeman’s former spouse, Myrna has received numerous accolades. Some of them are Outstanding Costume Design from The National Black Theater Festival, the Mississippi Institute of Arts and Letters Lifetime Achievement Award, and the Doctor of Creative Arts from Mississippi State University, amongst others.

One of her recent honors includes the aforesaid 2022 Governor’s Arts Award for “Excellence in Costume Design and Arts Patron.

Colley-Lee received this from the Mississippi Senate for her internationally known work as a costume designer, philanthropist, arts advocate, and patron.

Further accolades include the Wynona Lee Fletcher Award for Outstanding Achievement as a Designer from the Black Theater Network, Honored Artist from the National Museum of Women in the Arts, and the Lifetime Achievement Award from the Mississippi Institute of Arts and Letters.

Even after that, she didn’t stop and so far has crafted for more than 100 or so shows and also works for regional theaters.

Freeman’s ex-spouse is also a commissioner for the Mississippi Arts Commission. In fact, she is an inductee at Mississippi State as a Foundation Member of Phi Beta Kappa.

She additionally is on several boards namely Charleston Arts and Revitalization Effort, Inc., a local civic arts organization; the Rock River Foundation, a philanthropic organization for the arts; the Mississippi State University Department of Art; and the Gertrude C. Ford Center for the Performing Arts at the University of Mississippi, University, and others.

Some Exhibitions And Events That Has Featured Her Art Works

One of Colley-Lee’s permanent collections of clothing and costumes is among the features of the Mississippi State University Library. Others who also have done so are prestigious exhibitions in San Antonio, Detroit, and at the Mississippi Museum of Art in Jackson.

Some additional events that have featured Colley-Lee’s works are the 2012 exhibition Songs of Social Significance at the San Antonio Tobin Collection Gallery of The McNay Museum, the 2006 major exhibition at the Mississippi Museum of Art, and GladRags: Sketches, Swatches, and Costume Designs.