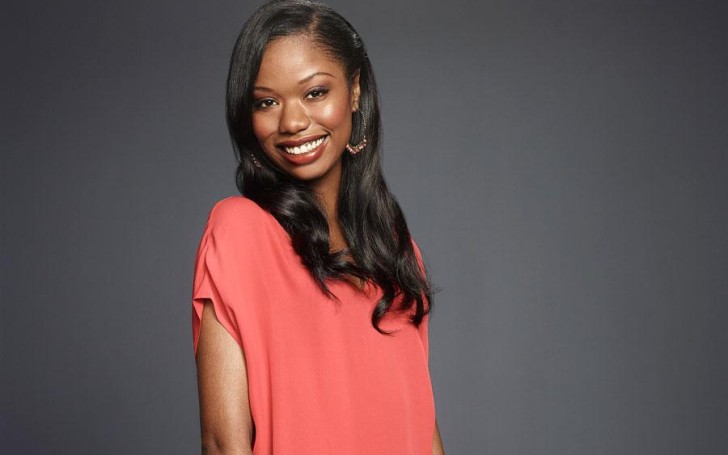 Today take a look at her family life, her siblings, and her boyfriend. Also find out, how her name came to be?

Xosha Roquemore Parents and Siblings: Lost her Father to Cancer

Xosha might be a big actress now but she will be always her parent’s little muffin. The entertainment line was kind of etched into her life as her father was a big-time director.

Sadly, she lost her father when she was just starting out her career in the entertainment industry. He passed away at the age of 53 due to cancer on February, 5th, 2002.  He died in Tulsa, Oklahoma, USA.

Prior to working as a director, he used to be a teacher at The Inner City Cultural Center in Los Angeles.

Xosha’s Father Named her After His Visit to South Africa

Xosha’s dad, Cliff’s went to South Africa for directing a play titled, Shaka Zulu. The play was about the Zulu tribe but while working there, he came across yet another tribe.

The tribe was called Xhosa and he decided to name his daughter by the tribe’s name. As the word itself was quite difficult to pronounce, he moved the letter, ‘H’ and ‘O’. According to Xosha, her name means, ‘Sought After.’

Xosha made her big break in the entertainment industry after appearing in the 2009 award-nominated movie, Precious. She played the role of Jo Ann and was nominated for Washington DC Area Film Critics Association for Best Ensemble.

Growing up, Xosha knew she wanted to be an actress. She used to watch her father’s play and movies which later increased her desire to become an actor. In order to further her goals, she attended the prestigious New York University and graduated under the Tisch program.

The actress has worked in a number of other movies and TV shows. She played Dwan Lima on I’m Dying Up Here in 2018. Furthermore, she portrayed Connie on the TV series Black Monday (2019-20).

In, 2020, Roquemore played Cherish the Day alongside Alano Miller.

What is Xosha Roquemore Net Worth?

As of 2020, her net worth is $350,000. She has racked such a good fortune from her career in the entertainment industry. Xosha’s acting work includes Brian Banks and The Mindy Projects.

The actress is in a relationship with the Get Out star, Lakeith Stanfield. The couple started dating since 2015. Even though the couple remains visibly hidden from the public eye, they used to attend several events together.
Fans got to know they were dating after the lovebirds went to the premiere of Straight Outta Compton. Later on, they attended multiple functions, further solidifying their affair.
It was in one of these events that Lakeith and Xosha revealed they are expecting their first child. While appearing at the Sundance Film Festival in 2017, Xosha showed off her baby bump.
A few months later, in June, they welcomed a baby girl. Till now, the duo has abstained from revealing further information regarding their kid.
Tags: Xosha Roquemore