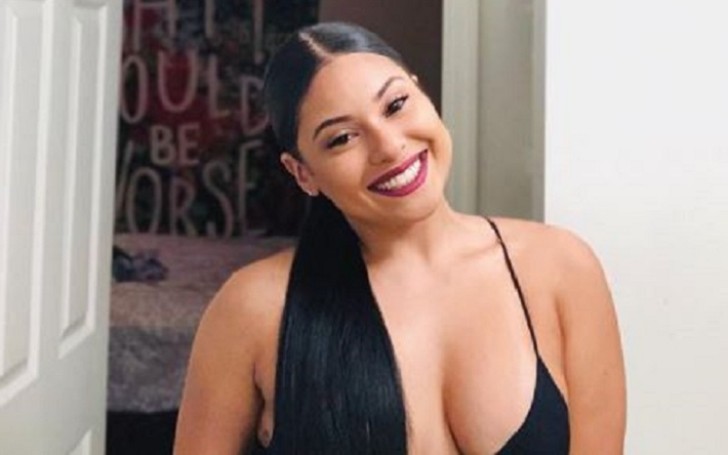 Yamilet Ayala Gonzalez is the oldest daughter of Puerto Rican rapper, Daddy Yankee. She has been in the media prominence ever since her dad became an international sensation. It was back in 2004 when Yankee made it on the international stage.

Besides, we all are aware of Yamilet’s father but not of her mother. Although many sources suggest her mother is Daddy’s wife, Mireddys González, that doesn’t seem to be the case. So who is her biological mom then?

Let’s find out all the answers and also take a look at what is she doing now? Who is she dating?

Yamilet Ayala Gonzalez is Daddy Yankee’s daughter: Who is her mom?

Born in 1994, Yamilet is a Puerto Rican by nationality. She was born to Daddy Yankee and his girlfriend of that time. Unfortunately, the name of her biological mom is not known to the media. Back when she was born, her father wasn’t as big of a star that he is today. That’s why the media didn’t pay any heed to his private life.

Nevertheless, Yamilet grew up with lots of care and love from her dad. Unlike any other celebrities who somehow become absent from their kid’s life, Yankee stuck around.

She graduated top of her class

Yamilet really made her father proud when back in 2013 she graduated high school. Not only did she finish high school, but she also passed it with flying colors. In the post which her father shared on his Facebook account, he mentioned that she was the most outstanding student in her class.

In addition, she also received the Academic excellence prize as well. This award is generally given to those who had performed well all year round.

Yamilet Ayala Gonzalez half-siblings are quite active on social media

She is the only biological child of her mom and dad. However, she does have two half-siblings, from her father’s marriage to Mireddys. She has one younger sister, Jesaaelys Ayala González, and brother, Jeremy Ayala Gonzalez.

Both of her siblings are quite active on social media. In fact, they have done so well that both of them boast a substantial amount of followers. While Yamilet’s sister Jesaaelys has over 1 million followers on Insta, her brother has around 300k.

Is Yamilet estranged from her family?

This question has been often asked. The only time we ever saw her with Daddy was during her high school graduation in 2013. Since then she has literally vanished from the scene.

Moreover, her family members including her step-mom, half-siblings, and her dad have not once shared a single picture of her. Daddy, whose real name is Ramón Luis Ayala Rodríguez, is incredibly protective of his family’s privacy so it might be the case behind her disappearance from the public eye.

Regardless, we’ve been able to find Yamilet’s social media account. Going through her Insta account we saw that she has not shared a single photo with her family member.

No matter what is between the family, all we can hope is that they are on good terms with each other.

Yamilet Ayala Gonzalez: Puberty hit her like a freight train

Although her family members refrain from sharing pictures of her, we’ve found Yamilet’s social media account, and boy oh boy has she grown up. As of now, she goes by the username @yamiletgonzalez.

If we compare the only picture her dad shared back in 2013 from her graduation day, she looks like a far cry from her former self. Take a good look into her account and see for yourself!

What is Yamilet Gonzalez doing now? She works as a fitness instructor in Florida

At the moment, Yamilet is a fitness trainer based in Florida. It looks like she moved to the US state some times after graduating high school.

She is into fitness and usually shares pictures of her working out, be that in-home or at the beach, she never stops exercising. This is also one of the reasons behind her physical change.

Yamilet also operates a separate Instagram account, @yumi.body for her profession as a trainer. In this account, she usually uploads motivational quotes and clips of her clients’ progress.

Yamilet is in a relationship: Who is her boyfriend?

For the past couple of years, she is dating her boyfriend Kamal Hardy. There’s not much info on their relationship but it can be said that their shared interest in fitness might be one of the catalysts.

Her partner Kamal is a Purdue University alum and also works as a personal trainer based in South Florida. The couple is totally head over heels for one another. Both of them share quite a lot of pictures together. From going on exotic vacations to working out together, the lovebirds are a true couple.