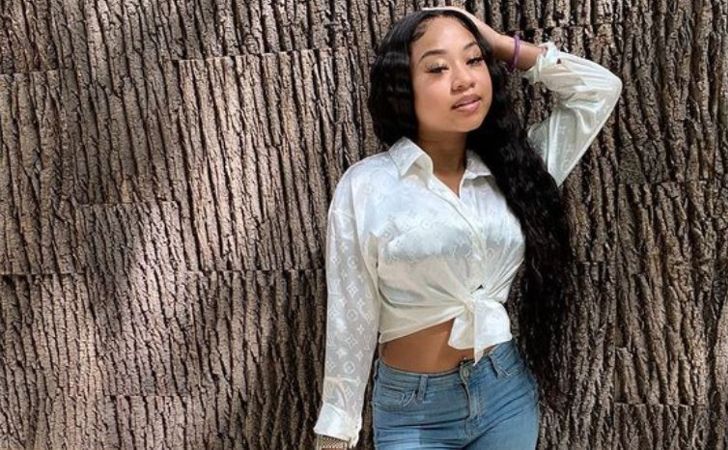 Yung Blasian is a social media star, with decent followings on platforms like Instagram, Twitter, & TikTok as well. Besides, she is also YouTuber and a businesswoman. She currently runs an eyelash company Winks By Blasian.

As a social media star, Yung mostly posts content around lifestyle, fashion, and beauty on her social media handles. Apart from all the fame that she has garnered on socials, she is also often in the media because of her love life.

She has dated some famous man and was in the news for the same reason as well. Want to know more? In that case, be with us and explore all the details about her career, boyfriend, & more.

Who Is Yung Blasian?

Yung is a successful American social media star, YouTuber, and entrepreneur. She was born on September 15, 1998, in Hayward, California. During her growing up years, she spent most of her time in the Bay area of California.

Though she has not revealed much about her parents, she is a Chinese descendant. She did her schooling in her hometown and was a decent basketball player in high school.

Most of her Instagram posts are related to fashion, & beauty, whereas she mostly posts funny content on her TikTok. She has gathered a huge amount of followers on her socials in a relatively short time and uses the platform to promote products as well.

Apart from these, Yung also has a YouTube channel named The Real Blasiann, where she had over 49k subscribers by 2021. She started her channel at the end of 2020 and mostly posts videos related to skincare & fashion. Moreover, she also occasionally gives insight into her daily life.

She Is An Entrepreneur

Apart from all her prominence on social media, Yung also is an entrepreneur. She is the CEO and owner of WINKS BY BLASIAN. It is a shopping and retail business that sells synthetic eyelashes. The company specializes in 25MM Mink and 25MM Mink Siberian Lashes.

“Winks By Blasian” is also has an Instagram with around 12k followers.

Like any celebrity, Yung has also been in a few relationships. As per the sources, the beautiful lady dated an American rapper NBA Youngboy. The couple were pretty much open about their relationship and also made a number of appearances together on their socials. But unfortunately, they could not continue for very love and separated.

Later, in around 2020, she began dating her boyfriend NLE Choppa. The two were pretty much all over each other’s Instagram. Besides, Yung also made numerous TikTok videos together as a couple. Interestingly, they also quarantining together all during the lockdown, owing to Covid 19.

Well, the couple first made their relationship public back in 2020 via an Instagram live. Shortly after that, they also shared a photo of them lip-locking on Instagram. Similarly, in one of the posts, which has since been deleted, Yung clearly expressed her love for NLE writing,

I ride for you, you ride for me… we just like Bonnie and Clyde (sic)

But unfortunately, like her previous relationship, her relationship with Choppa too did not work out, leading to their break up.