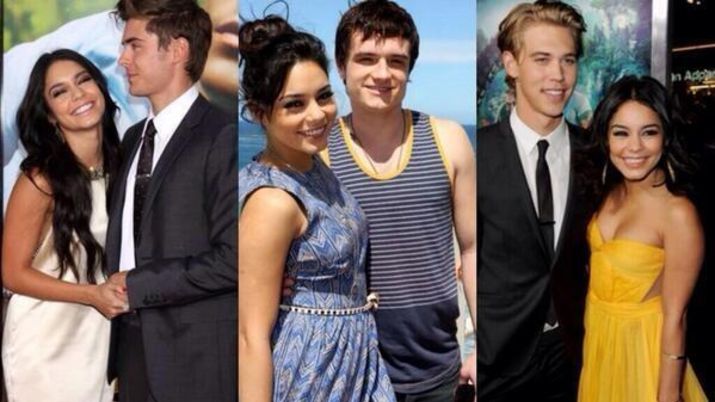 Zac Efron and Vanessa Hudgens dated back in 2005 and undoubtedly they were the most adored couple then. And as it usually happens the couple soon broke up and Vanessa went on to have Zoey 101 star Austin as her boyfriend.

She also broke-up with Austin and now the question is, who is Vanessa’ boyfriend in 2020?

Well, here we have brought you all the answers regarding her personal life alongside Vanessa Hudgens’ boyfriend list with all details you would love to know.

Who Is Vanessa Hudgens Dating in 2020?

As of 2020, Vanessa is not dating anyone. It looks like the actress is single at present and enjoying it pretty much.

However, in February of 2020, Vanessa was rumored to be dating Los Angeles Lakers Player, Kyle Kuzma. Speculation regarding their relationship started when TMZ spotted Vanessa and Kyle on a dinner date in LA.

Despite the rumors, none of them came forward and acknowledged the nature of their relationship.

It is safe to say Vanessa is not dating anyone in 2020. She is rather enjoying her single status.

In the past, she has had many boyfriends which are listed below.

Vanessa’s first known relationship was with Hollywood Heartthrob Zac Efron. The couple met during the audition of the movie, High School Musical, and later got close to each other while shooting.

Zac and Vanessa began dating in 2005. The actress, who played Gabriella Montez, Troy Bolton‘s romantic interest in the High School franchise, opened up on how they met and how their relationship began in a candid interview on the Awards Chatter podcast.

She said that her relationship with Zac began organically and that she was grateful to be dating Zac.

It started off really organically. I could not have been more grateful to have that relationship at the time. It was this massive phenomenon and [all] eyes were on me. And it’s just a really weird foreign thing to go through. And by being in a relationship, it kind of kept me stabilized and grounded, and I had someone to lean on who was going through it as well.

Well, it definitely sounds like they were in love but why did they break up?

Why did Vanessa and Zac break up?

Zac and Vanessa broke up after dating for almost 5 years in December 2010. Talking about the reason behind their split, the couple explained it was nothing dramatic but a mutual decision.

A mutual friend of the pair explained the situation,

Talking about Zac, he has also had a few girlfriends in the past, aside from Vanessa. He had reportedly dated Lily Collins, however, both of them never acknowledged their romance affair.

Besides, he also went out with Alexandra Daddario, and Sarah Bro in the past.

Following Vanessa’s break up with Zac, she was rumored to be dating Josh Hutcherson. The duo worked in the movie, Journey 2: The Mysterious Island.

However, despite all the buzz, none of them agreed to the rumors.

In one of the interviews with Daily Mail, when asked if Josh was dating Vanessa, he answered,

“We are not. We were at one point, but she broke my heart. No, I’m just kidding, that was a while ago, we’re really good friends now.”

Also, in 2012, Vanessa, in an answer to a similar question by Metro.co.uk, said she and Josh were just good “friends.”

Vanessa And Austin Butler: Why did they broke-up?

Vanessa’s longest known relationship was with Austin Butler. The couple, who dated for 9 years, first met during back in 2005.

Call it destiny, Vanessa and Butler’s proximity grew years later in 2011. However, the duo admitted their love affair only on August 31, 2015, during an MTV Music Video Awards show.

They dated for almost 9 years before breaking up on 14 January 2020. Still, various reports suggest their break-up might be temporary and they might get back together.