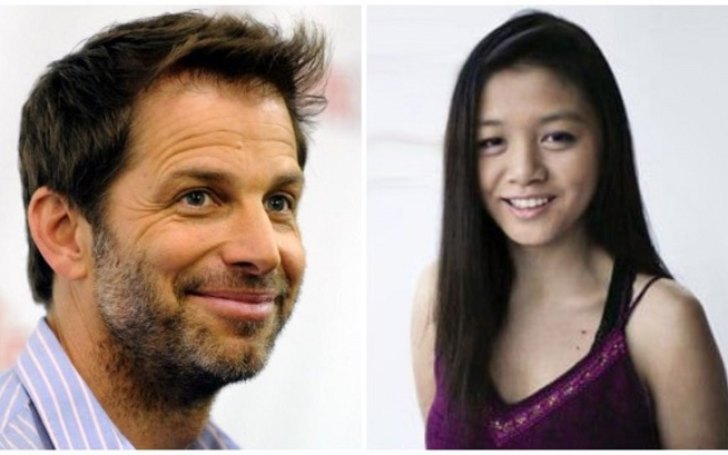 Autumn Snyder was the adopted daughter of American film director Zack Snyder. Unfortunately, she committed suicide at the age of 20 and has since become a subject in the media. Autumn was originally born in China.

Not many knew about Zack Snyder’s daughter Autumn Snyder before the young girl’s suicide news made headlines in March 2017. She was the adopted daughter of Zack and his ex-wife, Denise Weber.

Autumn’s dad Zack is considered one of the most successful film directors in the Hollywood industry. The director has worked in numerous movies including superhero films such as Man of Steel, Batman v Superman: Dawn of Justice, and more.

At the time when his daughter Autumn’s suicidal news came out, Snyder was filming the movie Justice League (2017). Upon learning about the incident, he withheld the shooting, to spend time with his family.

Today we will try to provide every hidden detail about Autumn; the reason behind her untimely death, her passion for writing, her siblings, and other details!

Autumn Snyder Death: What is The Reason Behind Her Tragic Death?

Zack’s daughter Autumn Snyder committed suicide at the age of 20 on March 20, 2017, in Los Angeles County. Talking about the reason behind her death, Snyder’s family has kept every clue pretty secretive. However, the coroner’s report depicts she might’ve been a victim of depression.

Suicide due to depression isn’t anything unheard of as thousands of teenagers and adults alike die due to it every year in the US.

In the meantime, Snyder was studying at Sarah Lawrence College.

When Autumn attempted suicide, Snyder was working on his upcoming project, Justice League. But after her sudden death, he took a two-week break from the project and left his directorial duties to the Avengers filmmaker and creator of Buffy the Vampire Slayer Joss Whedon. He wanted to spend more time with his family in that dire situation.

Initially, he had planned to return to the movie very soon, however, he ended up spending a few more weeks with his family. He stated,

“In my mind, I thought it was a cathartic thing to go back to work, to just bury myself and see if that was the way through it.”

Zack adopted Autumn Snyder from China: She had seven siblings

Snyder and his first wife Denise Weber adopted Autumn from China. As per Autumn Snyder’s obituary, she was born on 27th November 1996. She was from South Asian roots. Upon her adoption, she became a US citizen.

The former couple also adopted one of her siblings, Willow from China as well. Apart from their adopted kids, Zack and Denise have two biological children Olivia and Eli, as well.

Zack following his divorce from Denise began dating his then-future wife Deborah Johnson in 2002. The two first met in 1996 and tied the knot on 25th September 2004. Their wedding ceremony took place at St. Bartholomew’s Episcopal Church in Manhattan.

The couple adopted two children Sage and Cash during the course of making the movie, Man of Steel. Furthermore, they are blessed with two younger sons Ezekiel and Jett as well.

Johnson is a producer who worked alongside her husband in several hit projects such as Watchmen and 300. The two also co-founded the production company called The Stone Quarry.

Besides, Zack has also tattooed every one of his kids’ names on his arms.

Autumn was an Avid Writer and a Philanthropist

The young lady Autumn Snyder loved to write and had already written a sci-fi fantasy novel. Her book’s main character was an outsider in a new place, who was struggling to fit in.

Autumn was a passionate philanthropist who used her gifted writing talent to help needy people. She launched the Write-A-Thon To End Homelessness For Mothers and Their Children charity in 2014 with the aim of collecting $2,500.

In June 2014, her adoptive dad Zack took to Twitter to announce his daughter’s first charity work. He wrote,

So proud of my amazing daughter Autumn’s first philanthropic endeavor! Looking for a great cause to support?

While talking about her, Autumn herself wrote all about her mission on the CrowdRise page,

The Elizabeth House, also known as Family Hope, is a nonprofit that shelters homeless pregnant women and their children. California has 2,200,000 children living in poverty and almost 300,000 of those children experience homelessness each year. Every word I write during this two week write-a-thon will be dedicated to helping children secure a safe home to grow up in.

The Elizabeth House helps to take care of children and mothers who are in need by providing physical, emotional, and financial support in a nurturing environment. Every child deserves more than living on the streets, which is why I am doing a two-week fiction write-a-thon to raise money for this important cause.

The promising writer had also begun a second sci-fi novel titled ‘Hell’s Guardians.’ She had promised to write 2,500 words a day to complete her goal of 35,000 words for two weeks.

I pledge to write 2,500 words a day for two weeks toward the goal of finishing the first half of the second novel in my fantasy fiction series entitled Hell’s Guardians, The total word goal for the two weeks is 35,000 words.

For every word I write, what amount are you willing to pledge? Donate per word or any amount you choose every donation, large or small, makes a difference. All donations are tax deductible.

By the end of day 14, Autumn Snyder wrote a total of 42,190 words, far exceeding her original goal of 35,000, all thanks to her hard work and unyielding dedication. Before her death, she was able to raise $12,145 for the above-mentioned campaign.

On 23rd 2017, American filmmaker Elle Schneider made a Tweet, after her demise, highly appreciating her passion for writing.

“Autumn Snyder was an aspiring genre author who used her creativity to help women in need. Let’s honor her passion.”

We already found that her father was proud of her philanthropic endeavor. Moreover, in an interview with The Hollywood Reporter, Zack recalled one of his late daughter’s favorite quotes (“Every. Single. Thing”) which she included in everything.

The quote was from author Chuck Palahniuk, “We all die. The goal isn’t to live forever, the goal is to create something that will.”

Snyder had a short role in the blockbuster movie Man of Steel (2013). The film’s cast members include Henry Cavill, Amy Adams, Michael Shannon, and Kevin Costner as well.

It also turned out to be a box office hit grossing $668 million worldwide.

What was Autumn Snyder Net Worth?

Autumn was a rising writer whose exact amount of net worth was never revealed. There’s no doubt she experienced a healthy upbringing.

Talking about Zack Snyder, he has an estimated net worth of $40 million. He has collected a major portion of his wealth from his career as a director and producer.

Director Zack Snyder took around 2 years break since her daughter Autumn died by suicide. He took a sudden break when he was still working on his then-upcoming project Zack Snyder’s Justice League.

Well, finally after two years gap, he got back to work in January of 2019. As of now, he has several projects lined up, which include Army of the Dead, The Suicide Squad (as a producer), both of which are scheduled to release in 2021.

Similarly, he will also be executive producing The Flash which is set to release in 2023. He is also working on other work as a producer, Army of the Dead: The Prequel.