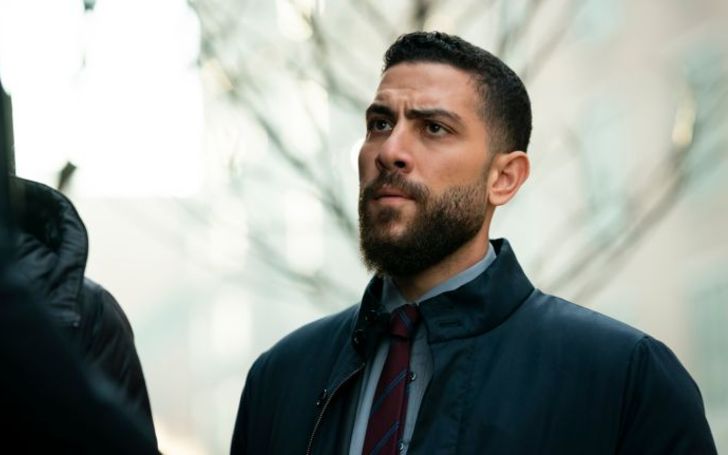 Zeeko Zaki is an American actor known for his portrayal of Omar Adom “O. A.” Agent Zidan on Dick Wolf’s FBI. He has also appeared in many other TV shows like Valor, NCIS: Los Angeles, Daytime Divas, The Night Shift, and many others.

He has also been a part of films like Escape Plan 2: Hades, Allegiant, Alvin and the Chipmunks: The Road Chip, and many others.

Coming from a Muslim family, Zeeko is the first Egyptian-born Muslim actor to star to play a protagonist in a major TV network.

Well, let’s also discuss his family, and also find out if he is married and also about his wife if he has one.

Who Is Zeeko Zaki? His Parents, Early Life

Zeeko’s parents were immigrants who moved from Alexandria, Egypt, to the United States when he was just a one-month-old child. In fact, his maternal grandparents were the ones who shifted to America first after which his father along with the whole family took the decision to migrate to the USA.

His mother owns a salon and his father is stylish by profession. Zeeko also has two siblings, a younger brother, and a sister. Talking of his childhood, the FBI actor spent his childhood in West Chester, Pennsylvania.

He did his high school at Unionville High School, where he also found his passion for acting while performing Seussical. Well, to feed his love for acting, he acted at Unionville Players, a community theatre group. Moreover, he also briefly enrolled at Temple University.

He is Very Close to His Mother

While a lot of kids these days are emotionally distanced from their parents, Zeeko, on the other hand, is very close to his mom. In fact, he does never miss pleasing his mom on different occasions.

On the occasion of Mother’s Day in 2019, the FBI actor posted a couple of beautiful pictures of him as a kid with his mother on his Instagram. In the caption, he wrote,

He also posted a cool picture of his mom during her youth on the occasion of her birthday on September 16.  Check out the post here.

All these posts clearly reflect his proximity to her mother.

Is Zeeko Zaki Married? Who Is His Wife?

Well, Zeeko’s married life has been highly inquired about in the media. People have constantly looked up to find if Zeeko is married and has a wife. But it seems, the 30 years old actor Zaki is not married yet. As far as his love life is concerned, he has never mentioned it in the media.

Besides, he was once linked with the CBS show FBI co-star Missy Peregrym, which is completely untrue. Peregrym is rather married to actor and producer Tom Oakley.

Is Zeeko Zaki Single or Dating a Girlfriend?

Apart from being unmarried, Zeeko has also apparently distanced himself from ladies. So far, there are no reports that claim he has a girlfriend.

In fact, he has never been spotted with anyone who appears to be his girlfriend. Also, he has not mentioned his relationship ever in the media.

Well, as long as the actor opens up about his love life, it is safe to say that Zeeko is single and not dating anyone.

As of 2021, he has a net worth of $1 million. He mostly makes his riches from his TV shows. As of now, his major income source is the crime drama television series FBI. He is the lead cast of the show since 2018.

Movies And TV Shows: He Is Known For His Role in FBI

A practicing Muslim, Zeeko has appeared in many movies and TV shows, but he is most well-known for the FBI television series.

But despite all these works, he gained prominence with the American crime drama television series FBI. He has been a part of the series since 2018 in the lead role of Omar Adom “OA” Zidan.

Likewise, he made a guest appearance in the 2020 TV series FBI: Most Wanted.