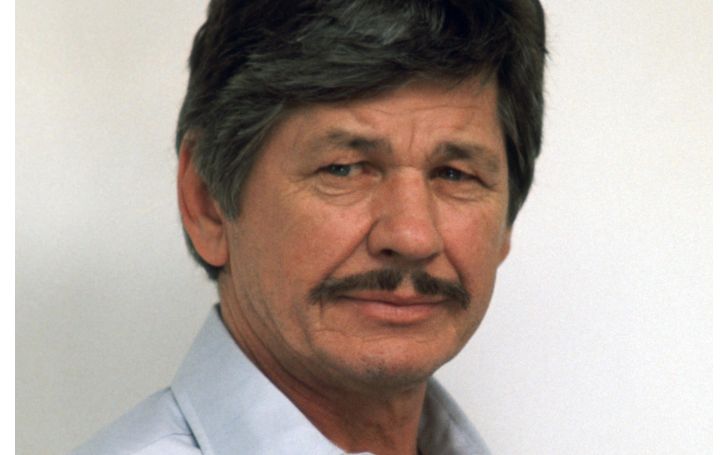 Zuleika Bronson is an American star kid. She is the daughter of late American actor Charles Bronson and late British actress, Jill Ireland. Her parents were married for more than two decades and were considered a power couple.

Zuleika’s dad Charles was famous for his villainous roles. On the other hand, her mom Jill became famous for her work in Breakheart Pass, Death Wish II, and more.

Besides, ever since her parents’ death, Zuleika has been off the radar. Unlike her folks, Zuleika didn’t get involved in the entertainment industry. So what is she doing nowadays? Where is she now? Let’s find out the answer to these questions along with some interesting facts about her.

She was born on August 4th, 1971, in Los Angeles, California as the only natural-born daughter of Charles and Jill. She has several half and adoptive siblings. Having been born in Los Angeles, Zuleika spent the major portion of her childhood in Bel-Air.

An interesting anecdote regarding Zuleika’s birth. The star kid was conceived in Paris, carried in Spain, shipped through London, and eventually delivered in the United States.

In the book, Menacing Face Worth Millions: A Life of Charles Bronson, author Brian D’Ambrosio noted at the time of her birth Zuleika was a round-faced, chunky little baby.

Zuleika belongs to Lithuanian and English ancestry. She holds both American and British nationality.

What was the inspiration behind Zuleika’s unique name?

Her mother wanted to give her a name that was unique. After a lot of brainstorming, she settled with Zuleika, inspired by Max Beerbohm’s novel, Zuleika Dobson.

In an old interview, while talking about why she settled with the name, Jill said, “I liked the similar sound-Zulieka Bronson, Zulieka Dobson, the wicked Edwardian scamp.”

Zuleika’s got all the love from her parents, especially from her father

We all know Charles as one of the greatest actors of all time. The man was famous for his ruthless demeanor that struck fear in the heart of everyone.

Right after her birth, her father Charles had a new bout of energy all of a sudden. In the morning, he was the first one to rush into her room to see her morning smile. The Award-winning actor had a drawer reserved only for his daughter that contained all of her favorite crayons, paper airplanes, small books, and glass marbles.

She grew up alongside her six siblings

The star kid wasn’t the only Bronson kid in the household. Her father had two kids from his previous marriage, Suzanne and Tony Bronson, and her mom had three from her previous relationship, Jason, Val, and Paul McCallum. Her older brother Jason, sadly, died of a drug overdose in 1989.

Zuleika was the youngest of the brood and the only natural-born child between Charles and Jill. Apart from Zuleika, the late couple also adopted a daughter named Katrina Holden Bronson.

All seven of Bronson’s kids lived a relaxed life at their father’s mansion in Malibu. Even after the death of their parents, all seven of them are close to one another.

Her parents owned a colonial farmhouse in West Windsor, Vermont, which they had named after their youngest daughter, Zuleika. The Bronson family used to spend a lot of time at the farm where they used to raise a lot of horses and other animals.

During her childhood, Zuleika used to spend a lot of time with horses which aided in her interest in horses. Her parents always knew their daughter is interested in horses and this is why she was specially trained. Later on, when she was a teenager, she became an equestrian.

Her parents, Charles and Jill, first met back in 1962 in a rather unusual situation. So around the time, Jill was married to Scottish actor David McCallum. At the time, Charles was working with David in the movie, The Great Escape.

According to reports, back then Bronson reportedly told David that he is going to marry his wife. We’re sure David might’ve laughed off his co-stars’ remark but as fate would have it, he indeed married his wife.

The late couple exchanged vows in 1968, a year after Jill’s divorce with her first husband David MacCallum. After marrying, the couple moved to a grand mansion in Bel Air.

During the tenure of their relationship, Jill and Charles were Hollywood’s favorite couple. The unconditional affection they had for one another was something else.

Her mother Jill passed away untimely on May 18th, 1990. She was only 54. Jill died because of breast cancer. At first, she was diagnosed with cancer in 1984. Upon her diagnosis, Zuleika wrote two books chronicling her battle with cancer. Before her death, she was writing her third book.

Talking about Zuleika’s father Charles, his health deteriorated in the later years of his life. He once underwent hip surgery in August of 1998. The legendary actor passed away on August 30, 2003, at the age of 81.

Both Jill and Charles are buried at Brownsville Cemetery in West Windsor, Vermont.

Where is Zuleika Bronson now?

We’re certain many of you are quite curious to know that after all these years, where is Zuleika? Her sister Katrina, who is an award-winning film director, has been on and off the camera but Zuleika never even once appeared in public.

One thing that we have found is at the moment Zuleika is living in Los Angeles, California. Apart from all that, there is not much information about Zuleika.

How much is Zuleika Bronson’ net worth?

Considering both of her late parents were one of the biggest stars of Hollywood, Zuleika, along with her siblings, lived an incredibly lavish life. At one point in time, her father was the highest-paid actor in the world, taking around $1 million per film.

Although her current whereabouts are not known, we can assume she is living a fairly decent life.