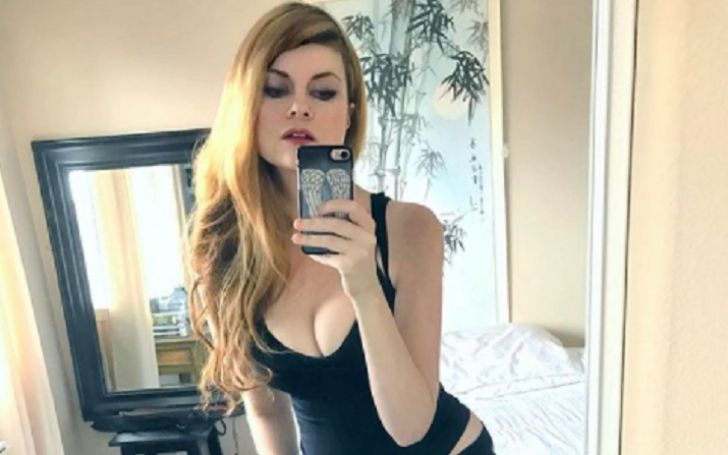 Sarah Beattie is a liberal comedian who has made a series of headlines over the years in the media for her controversial posts on social media platforms, especially on Twitter.

Beattie first received backlash following her derogatory comment on a viral high schooler Nick Sandmann‘s video, where the young boy was seen harassing the Native American Indian man, Nathan Philips. Following the incident, it also came out that Beattie who claimed to be an SNL writer was never one.

Her raunchy and witty social media posts make everyone wonder about Sarah’s field of profession and her life beyond social media. To know more about the girl, take a closer look at the following headings including her criticisms about former President Donald Trump.

It all started after Sandmann who participated in the Indigenous People’s March went on to confront the Covington boys in the anti-abortion March for Life. There he was seen threatening the Native American activist, Nathan Phillips. Following his rogue and disrespectful behavior towards the old man, Beattie offered an intimate award.

Although the tweet is deleted, it brought her a lot of public backlashes.

During the infamous incident, Beattie was described herself as a “’Saturday Night Live’ writer and contributor. But, soon after her derogatory tweet went viral, NFL showrunners and writers disclosed that there was no connection between Sarah and SNL.

One of SNL writers, Josh Patten tweeted in Jan 2019,

She doesn’t write for SNL.

A few days later, Patten again made another tweet,

“Starting this week, we’ll clear up this confusion by scrolling a list of the writers’ names at the end of every show.”

Though Sarah tweeted requesting to check out writers’ lists on the show, the matter didn’t grab as much attention.

Where is Sarah Beattie From? Her Parents and Age

Beattie was born in November 1992, in Oceania, Hawaii, in the United States. She is 28-year-old as of 2022. Talking about her nationality, Sarah is an American and belongs to the Caucasian ethnicity.

The social media commentator rarely talks about her family details. Back in May 2019, Beattie shared a young photo of her mother on Instagram on the occasion of Mother’s Day. She revealed in the picture’s caption that her mom has been sick and medicated for a long period.

Other than that, there is nothing more about her early life.

Is Sarah Beattie Comedian? All About Her Career

Beattie has mentioned herself as a comedian and writer on her Twitter bio. Sources say the comedian appeared on Frankie Boyle‘s TV series New World Order.

Besides, Beattie is also an actress who appeared in a hit crime drama television series The Fall in 2013. The series which was produced by Artists Studio premiered on both RTÉ One and BBC Two. The versatile entertainer played the role of Olivia Spector in the series along with some renowned Hollywood faces like Gillian Anderson and Jamie Dornan as well.

Beattie is pretty into social media handles, where the comedian is mostly known for her sexual comments. She also openly talks about her breasts on her social media. Additionally, the occasional actress has even written “tits and depression” on her Instagram profile.

Sarah has amassed over 566k followers on her Twitter account while her Instagram account has amassed 193k followers as of 2022. She mostly shares semi-clothed photos on her social media profiles. Furthermore, Beattie also makes funny and critical posts about former President Donald Trump.

Who is Sarah Beattie Boyfriend?

Beattie is not dating anyone officially. She has remained tight-lipped regarding her love life and yet to come out with any of her relationships to date. As per some reliable online sources, the comedian isn’t dating a boyfriend at present. She currently resides in Hawaii.

Her Net Worth Details

Sarah’s net worth is $300,000 in 2022. She has earned the majority of her fortune from her various endeavors, especially her works as a comedian and actress help her to collect the abovementioned fortune.