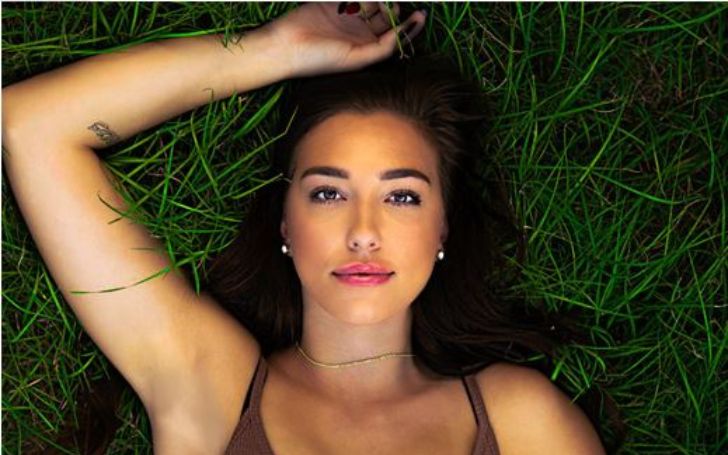 Savannah Dexter is an up-and-coming hip-hop and rap singer, songwriter, and musician. She is known for hits like Sinderella, I Remember Everything, Raise hell, and Can’t Ever Could.

One other notable song of hers includes Big Trucks, featuring already well-established artists like Demun Jones, Dusty Leigh, and Adam Calhoun. Her songs’ upbeat tempos and fun lyrics are popular among the fans for giving them the summertime field party bangers.

Following the huge success of her music releases, in which most of her videos trended on YouTube, Savannah has also been on a few tours in her home state of Florida.

Although new, Savannah Dexter is a singer on her rise to fame, a Southern Belle and strong woman at heart. Know what her upcoming musical editions are as well as her full bio; her rough upbringing, some bittersweet details about her relationship, and more.

Dexter was born in July 1996 in Florida. She later moved to Missouri and lived there for a few years before ultimately returning back to Florida. Savannah’s parents were still in their teenage years when they had her.

Her parents never tied the knot. They were together for the first year of Savannah’s birth after which they split up.

The hip hop artist mostly grew up with her maternal grandparents while her mother kind of being in and out of her life. It was apparently because she was attending school as well as working at night.

Her father, on the other hand, jumped into another relationship shortly after breaking up with her mother. And her stepmother was actually her pre k teacher. The currently 25-year-old Savannah has two half-sisters from her dad’s other relationship.

Her younger half-sister has autism. The Big Trucks singer didn’t start living with her father until she was 10. The five-feet-seven-inches-tall artist lived with her father and his new family from age 10 to 14.

As for her education, Dexter went to University High School, Orange City, Florida where she played volleyball and also did some cheerleading.

The Deltona native once revealed her father sort of forgot her once he had another family. He though reportedly fought for her custody prior to starting a new relationship. Explaining more, she said the time she spent with him and his then-new wife, nonetheless, was the worst phase of her childhood.

Her stepmom while initially a nice woman later started to turn a cold shoulder towards her, said the Floridan to Chad Armes TV.

She apparently was never fine with Savannah and her father having a relationship. Dexter further revealed over time her step mom’s treatment towards her got worse.

Savannah formerly said at times her stepmom was aggressive and hostile toward her. She admits to her father’s second wife always trying to make her life miserable. She rules living with her father and his wife was not great at all.

Dexter admits her father’s relationship with his new wife was never healthy. Though it all changed once she told her maternal grandparents how her stepmother was treating her. After that, they stopped her from going to her father’s home.

The Sinderella singer initially went to music to escape her bad moments.

Savannah Didn’t Talk To Her Father For Years

After leaving her father to stay with her grandparents, Savannah affirms she didn’t see her dad until the end of her sophomore year. The father and daughter meet properly only at the latter’s graduation.

As for her stepmom, the Swamp singer stated she is all for forgiveness if she asks for it in July 2021. The country music lover claims the bad dynamic between her and her stepmother also transferred to every single relationship she has ever had.

She believes she also became a huge people pleaser because of that experience. She says her high-school period wasn’t pleasing either because of that. Dexter states she though now tries not to use the past experiences as an excuse but she says she has rather outgrown the trauma.

Savannah revealed she was also a victim of sexual abuse. She though hasn’t said who her abuser was.

When Chad Armes TV asked what sort of music inspired her to become a singer, Dexter responded,

I got an interest in country music from my father. I used to listen to them riding around his truck.

She added her mother also helped to introduce her to some biggest names in the music world like Britney Spears, Christina Aguilera, The Backstreet Boys, and The N Sync. The brunette singer claims she grew up in a really good music environment.

Savannah further stated that she developed a fascination with old country music like Whalen and the Willies, the Johnnies only after her first marriage.

She Started Playing Instrument At 13

Savannah first tried to learn guitar at 13 but had given up shortly before again picking up the instrument once she was 18.

After that, she says she taught herself 15 songs on the first night she touched a guitar for the second time in her life. Following that, she also started writing her own songs.

Why Did Savannah Dexter Shift From Country To Hip Hop Genre?

In an interview, Dexter revealed it was because of her bad childhood she quit or stopped listening to as much country music.

She says after that languishing moments, she transitioned to more hip hop and rap genres. The shift apparently helped her a lot to cope with her pain and aggression. She, however, quotes, she is always a country girl at heart.

Professionally, Dexter is currently with a signing company, the Mako Music Group, the founder of which is her partner, Brabo Gator. In fact, it was he who helped Savannah a lot in her early musical career.

With Brabo’s tutelage, Savannah gradually began dropping songs and music videos; she released her debut album Savages in Feb 2021. The collection came up with 15 songs. This was followed by two more: Genesis, and Loner.

While originally a country girl, her genre now mostly includes rap and hip-hop. Out of the 8 songs that Savannah has released, 5 have been in partnerships with other artists.

Some of them are Adam Calhoun, Demun Jones, Brabo Gator, Dusty Leigh, and Jelly Roll. Her recent singles include Love Like This featuring her partner Brabo Gator.

The Curtains singer, Savannah is currently in a relationship with Brabo Gator. He is also an artist and a founder of a music company.

Dexter’s boyfriend, Brabo is a veteran of country rap; coming up with guys like Jelly Roll, Alexander King, and Struggle Jennings. He apparently also knows the ins and outs of the indie music business.

Dexter apparently wasn’t sure if she wanted to make her relationship with Gator public. The reason for this she said was because she was afraid of the public’s opinion.

Savannah says there was chemistry between her and Gator from the very beginning. The Southern singer once added with Brabo, she had had all of her things out in the open.

“He’s always been my best friend. I’ve always talked to him about everything. I’ve felt like I owed that to him,” said the Gottem Talking singer while talking to Chad Armes TV. The couple though is yet to get married. With her partner, Savannah now resides in Central Florida, Orlando where she also has a studio.

Savannah Dexter Was Married To Her Highschool Boyfriend

Dexter says she had had a boyfriend since she was 14 to whom she later got married. She, though, in an interview revealed she tied the knot with him for all different reasons.

In the same sitting, the Gator’s girlfriend also said she was rather running from her problematic family by marrying him. It later resultantly ended up being an unhealthy relationship and the duo allegedly and eventually parted their ways.